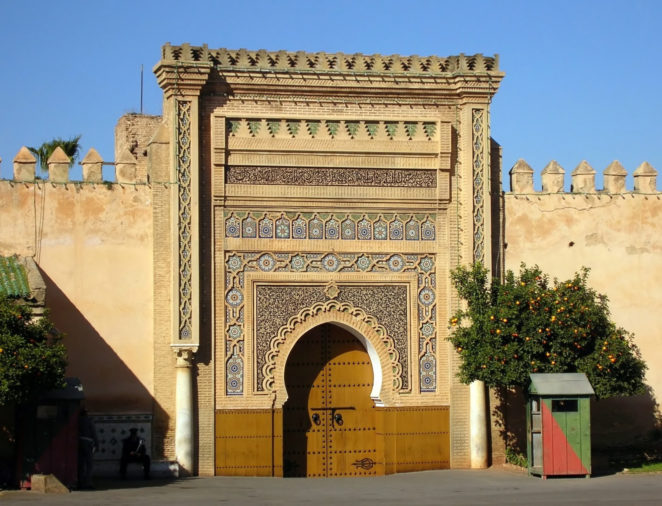 The historic city of Meknes in Morocco was declared a World Heritage Site by UNESCO in 1996.

Meknes is a well-preserved example of a 17th century capital city in the region of the Maghreb (north-west Africa). It was originally founded as a military settlement in the 11th century but Moulay Ismail (1672-1727), the founder of the Alawite dynasty, made Meknes his capital city and carried out many reconstructions and additions.

However, the main reason for visiting Meknes is to admire the imperial city that Moulay Ismail built in the Hispano-Moorish style. The extensive area is surrounded by high walls that are pierced by monumental gates. Within the walls are the palace, with its large stables, a military academy, water storage cisterns and vast granaries.

Near the gates can be found a number of “fondouks” or inns that specialised in particular crafts or trades, such as the Fondouk Hanna that dealt solely in henna and the Fondouk Lihoudi where Jewish craftsmen worked.

The architecture is notable for the harmonious blending of Islamic and European styles.