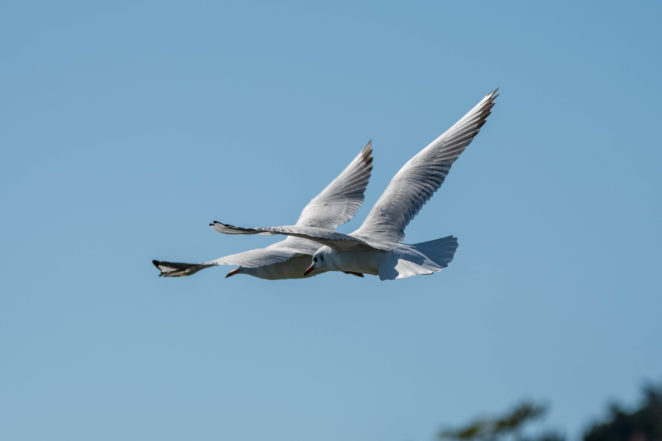 These birds were chasing because the front bird managed to take a slice of pizza.

My friends and I were sitting on Ohrid’s old quay and throwing pieces of pizza in the water.

Our idea was to attract as many black-headed gull as possible and shoot them.

They became good pictures and models ate a large pizza 🙂

Apparently these birds are used to feeding them because there are many fish in the lake and they were waiting for someone to feed them.