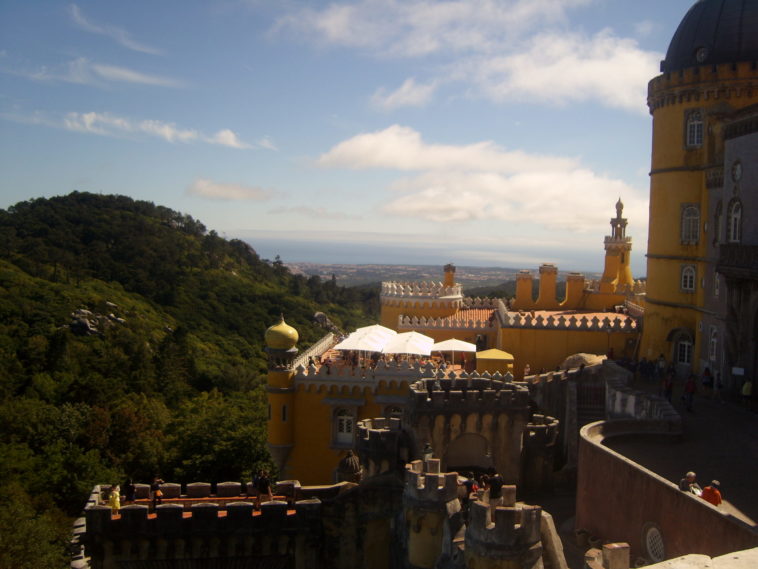 Near the Portuguese capital, Lisbon, there is a little village that looks like a fairy tale, so dubbed by many. This is Sintra.

In Sintra, there are several emblematic monuments, with its mystical and fantasy air, such as Palácio da Pena, Quinta da Regaleira, Castelo dos Mouros, enchanted gardens and extravagant residences.

This village at the time of the Roman Empire (30 b.C.)  was inscribed in the vast territorium of the “civitas olisiponense”, adopting the Roman lifestyle.

It was followed by Muslim rule in the 10th century. Only in the 11th century did the reconquest of this village take place. With all this occupation of people, the wealth and diversity found here is enormous.

The Palácio da Pena is an eclectic work, one of the main works of Romanticism, like no other monument in Portugal. It was the first Palace of the style built in Europe, 30 years before the Castle of Neuschwanstein in Bavaria.

Also there is a huge park and many fantastic lakes, caves, bridges etc.

All photos were taken by me © Lilikax

I do recommend to visit this village at least once in your lifetime.