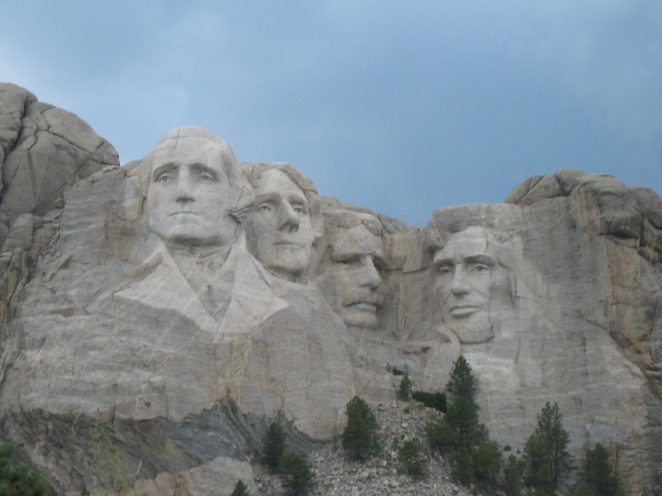 Completed in October of 1941, the carving of Mount Rushmore took 14 years to finish. The project was headed by sculptor Gutzon Borglum, but around 400 workers toiled on the project including Gutzon’s son Lincoln. The faces of George Washington, Thomas Jefferson, Theodore Roosevelt, and Abraham Lincoln are each 60 feet tall. Much of the “carving” was done with dynamite until the workers got down to the last few inches of remaining granite. At this point, series of closely grouped, small holes were drilled into the surface (honeycombing) to remove the final pieces of rock. At the age of 74, Gutzon Borglum died in March of 1941 requiring his son Lincoln to finish up work on the monument.