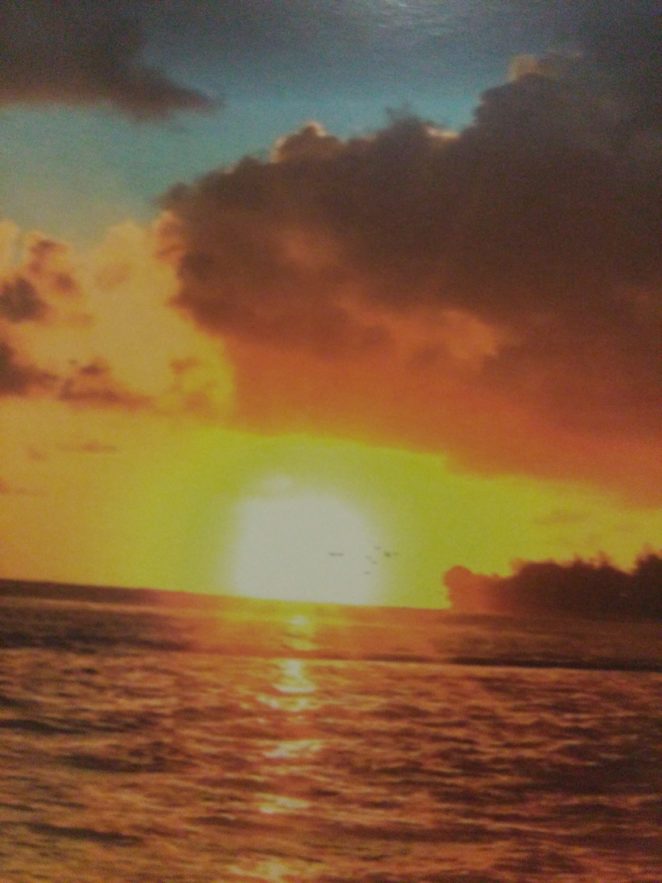 A very old photograph of a romantic sunrise off the coast of the Island of Mauritius. Taken in 1974 while on honeymoon. At the time, I recall spending very little time taking photographs of sunsets. It was also there, I saw the largest Rock-lobster I had ever seen, my wife’ had a school friend, Helena, who had emigrated to the Island with her husband, Rob, an engineer, overseeing the construction of a few Casinos in and around Port Louis and in fact, as luck would have it, they lived a short 3-minute walk from the holiday villa we were staying in, in Grand Bay.  It was there, he had pulled out from their chest freezer, the 30-inches long Rock-lobster exoskeleton, measuring, from the tip of its carapace to the tip of its tail. It had to be a world record.

NOTE: The American Lobster apparently grows larger in size but is a different species altogether.