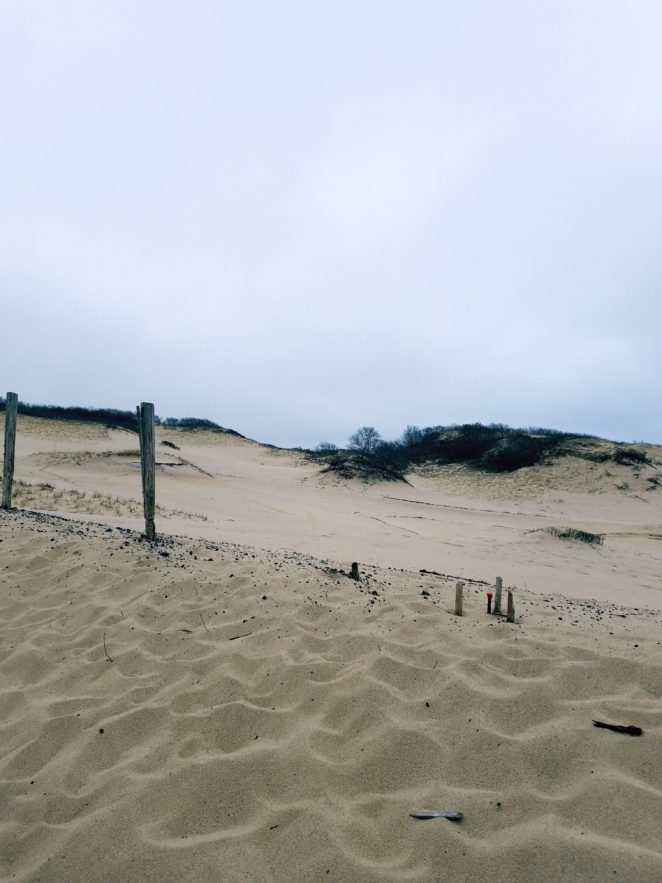 Coastal dunes make up roughly one third of the Cape Cod National Seashore, covered approximately 8,500 acres from Chatham to Provincetown. Dunes predominate on barrier beach and spits, along the coastal margins of the Atlantic Ocean and Cape Cod Bay, and across the northern tip of the peninsula  – an area known as the Province Lands. The Province Lands dunes began forming soon after glacial retreat 18,000 y. b.p. as eroded sediments from the outwash plain were transported north and deposited by longshore currents. Sand from the beaches of this elongated hook was then blown inland to form the dunes.