Silves, just a few miles inland from the coast of the Algarve, is now a quiet dusty town. But once upon a time, it was the capital of the region. A thousand years ago, under the rule of the Moors, it was called Shilb. In those days it was so famous it became known as The Baghdad of the West.

I visited there recently. Here are some monochrome photos of Silves Cathedral (formerly the Great Mosque) and Moorish castle. Please upvote your favourites 🙂

It was the Moorish governor of Shilb who starred in my true romantic tale of the Prince and the Washerwoman: An 11th Century Love Story from al-Andalus. For those who prefer full colour, I’ll soon be uploading more pics of this trip. 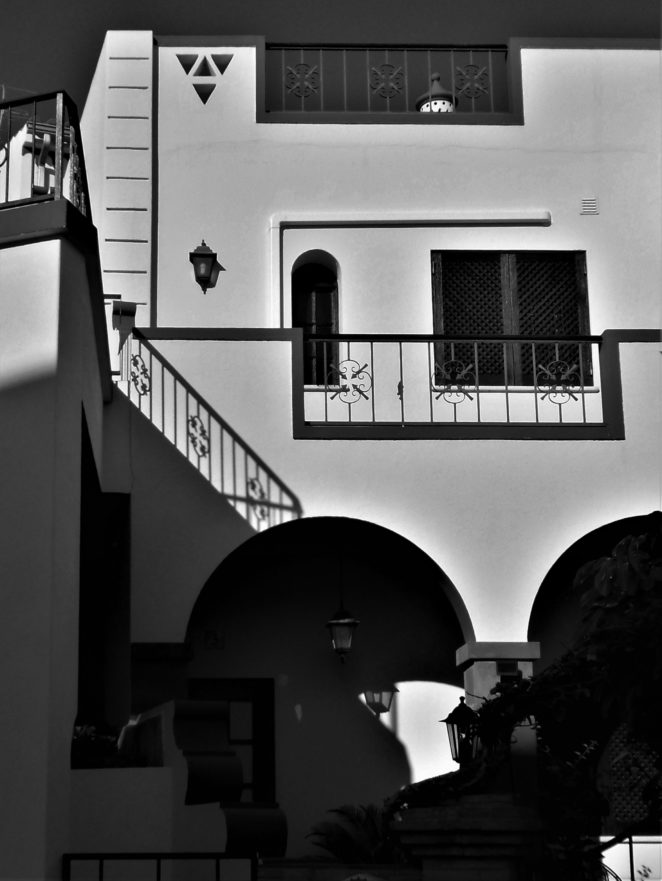 Look at the striking shadows cast by the intense winter sun on the wall of a house near the castle. 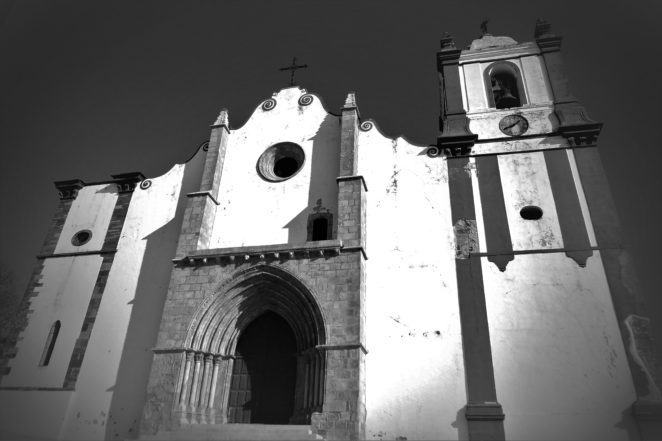 Silves Cathedral was built as a mosque during the Moorish rule of Iberia and later converted into a cathedral after the Reconquista. 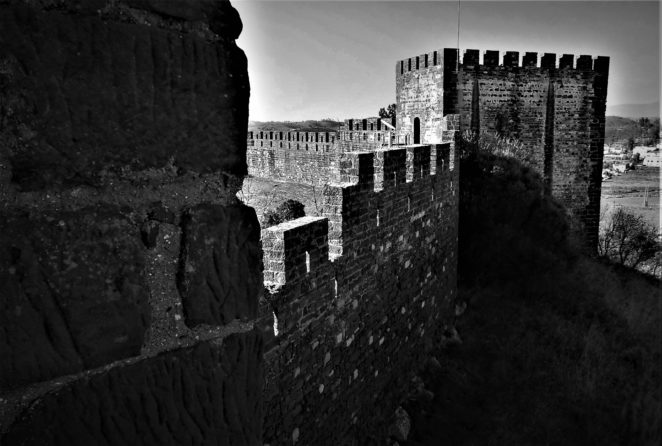 The Castle of Silves may have been built on the site of an earlier Roman fort, but its main fortifications were built during the Islamic period. It is one of the best preserved Moorish fortifications in Portugal. 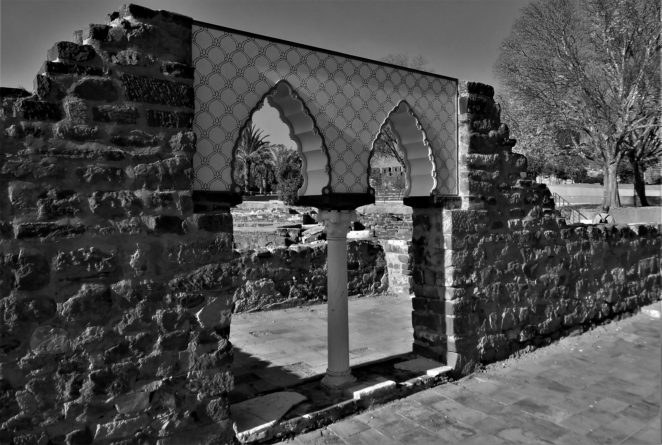 The restored vaulted Moorish windows of the Palace of Balconies. 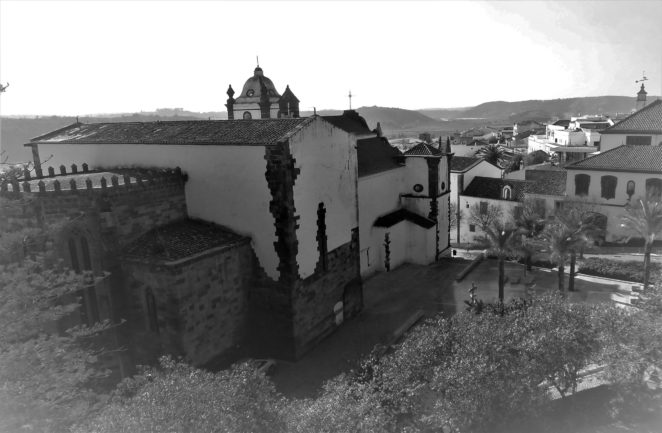 As you can see, Silves is a hilly town. The views from atop the castle walls are breathtaking, and all areas of the ramparts are publicly accessible. 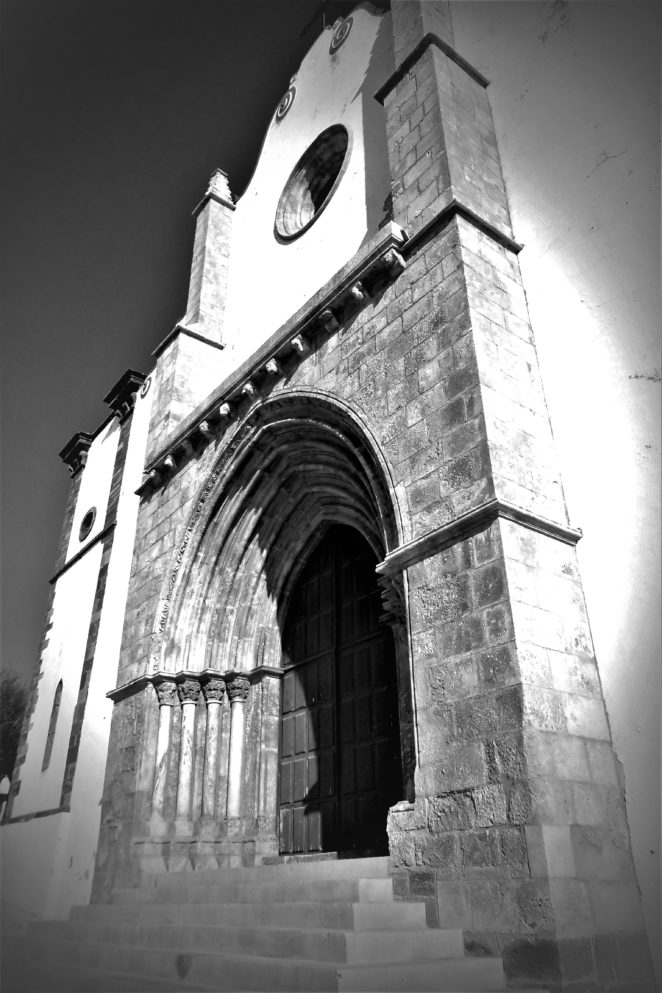 In the winter sunlight, the contrast between the whitewashed walls and the red sandstone of the portal was striking. 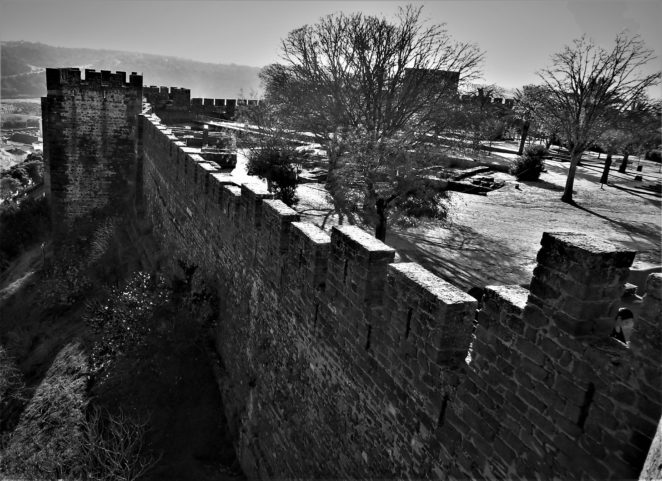 Another view of the fortifications of Silves Castle.