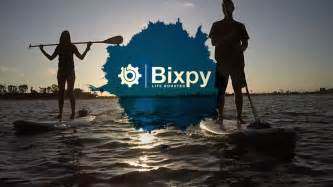 As a lifelong technologist, I try to accept there are things I need to let go of. In doing that I don’t waste my time and the time of other’s chasing after a problem I really can’t solve. It is also why I hate the expert culture, where the “loudest and smartest” person always wins arguments. Both drive me up the wall sideways. The reality of intelligence is listening. The smartest person I ever met never said anything during meetings, unless they were running the meeting. They sat, listened and took notes. Later they would talk to other people about their ideas and thinking and come up with a good answer to the problem.

From a what is cool perspective, that is the majority of my technology blogs; there are some cool things shipping or shipped that are now in the market. I’ve been playing with Jibo a lot since he/she/it arrived at our house. With a less robotic voice than many robots and frankly a quirky sense of humor Jibo is entertaining today. The upcoming storytelling and interaction skills make Jibo even more interesting. Telling stories is something that I think will make a huge market impact.

The other thing that shipped recently is the Bixby water jet. A water jet is a personal movement device in the water. It is a waterproof system to allow you to move through the water with power! With roughly 40 minutes of power, you can go more than two miles. As a 12 year old I swam a mile, it took a little over an hour. With the Bixby, I could have gotten that done in less than 20 minutes. Roughly the same speed that we walk the dogs at on land.  We have the swimming version; there is also a Kayak attached and surfboard attached version that allows you to power either of those (as well as a Canoe). For me, the ability to swim faster seemed like a good deal!