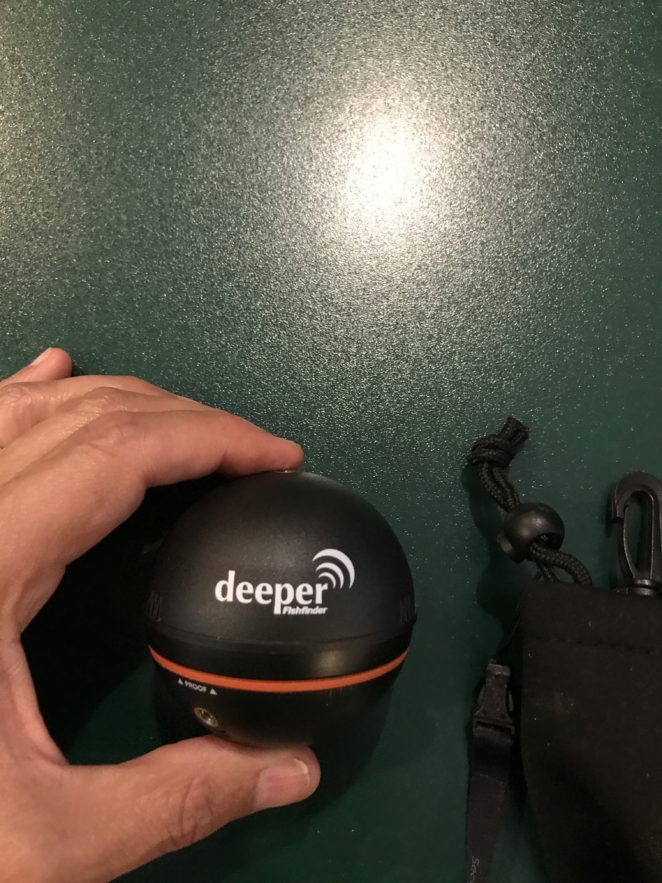 I posted previously on Cool Boat Tech, this is the second iteration in that series.

The first item today is Sonar. First off, when people say Sonar to me I always think of the old movies set in the time frame of WWII, always on a submarine and the sailors listening as the sonar pulse loudly hits the sub. They are rigged to run silent, run deep. The pulse starts out loud as a ping then fades away. Sonar, it’s not just for finding submarines underwater.

My first cool boating tech today is sonar. Many boats have it (sometimes called a depth finder). The simple sonar tells you the actual depth directly under the boat. The more advanced sonar sees below, and to the sides of the sonar antenna or receiver. Many boats have the more advanced sonar installed, and these are sometimes called Fish Finders. You don’t however, have to have a boat to use Sonar. In fact, there is an exceptional product that integrates with your smartphone called Deeper. Simply it is a hardened plastic ball that is a sonar buoy. You can connect to it via Bluetooth or Wi-Fi, depending on the model of Deeper. The model you get also determines how deep Deeper can probe with sonar. Kind of a quick rule of thumb, if the water you are around is 3-5 feet you don’t need sonar that can ping 140 feet. It is kind of overkill at that point.

The device can be attached and cast using a fishing pole. That means you can quickly figure out where and what is below the surface in areas you don’t want to take your boat into, or if you simply want to cast from the shore or a pier. It sends information back to your cellular phone or tablet so you can see what is hanging out below the surface. I have not tried using Deeper on the surface of any Black Lagoons, so I do not know if there is a creature there or not. I also have not been to Loch Ness to see Nessie, using my Deeper probe. I have thrown it into the small water near our house and also the Cheseapke Bay. It works well in fresh or salt water.

My next cool tech (boating) today is the VHF radio. I spoke in the article posted above of value of an installed VHF radio and the ability in the newer radios to add AIS to your boat. The AIS system broadcasts your ship name when you hail another boat, making it easier to quickly identify the other boat. But many boaters including those using inland lakes and rivers also have a portable VHF radio. The FCC has released the new regulations in the US that allow you to use a VHF radio on shore when hailing a boat, useful for people that are moving their boat around to load passengers and other communication. The newer VHF handheld radios also include GPS functionality, so in the case of distress, you can send your exact location to the person you are speaking with.

Unlike a Cellular conversation (one to one) VHF is marine radio which means you are speaking to everyone on the channel you are on. So you probably wouldn’t have a conversation about dinner that evening unless you were planning on inviting much more people than planned originally!

Both of these technologies offer built in, and portable versions. Both are great boat tech to have, even if your boat is a rubber dingy or kayak floating on a river!