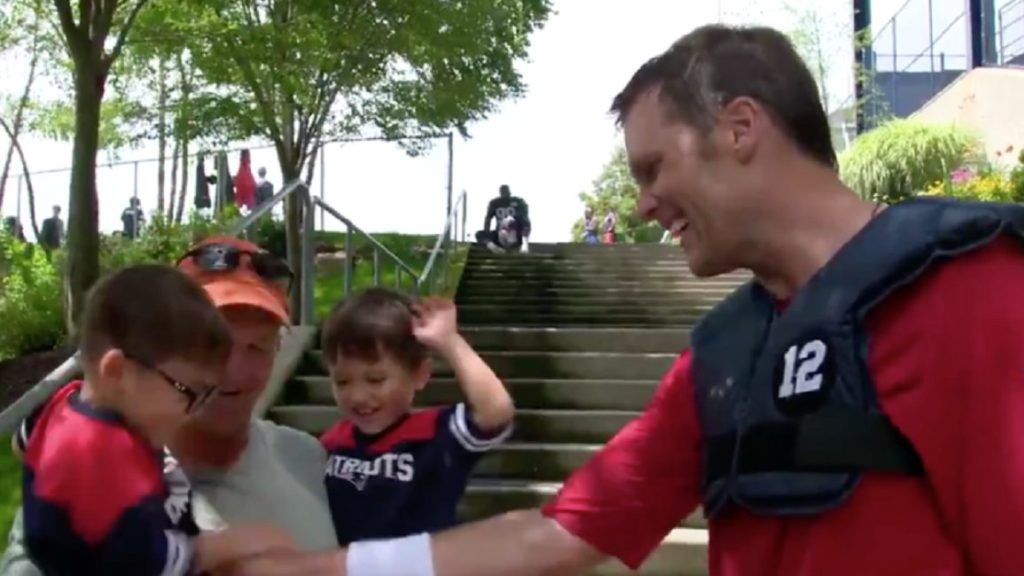 Talk about being a super fan of a National Football League (NFL) football player like Tom Brady who is the quarterback of the New England Patriots.

Brian Caffryn who is a native of Connecticut who now lives overseas admires New England Patriots quarterback Tom Brady so much that when his wife Grace Caffryn gave birth to two identical twins in Mali in April 2015, they agreed to name the twin boys Tom and Brady after the quarterback of the defending American Football Conference (AFC) Champions.

Brian figured that since American football is not that big of a deal in the Far East, he had no problem naming his children after his favorite football player.

Fast forward three years later when the Caffryn family traveled 8,000 miles from Hong Kong to Foxbourough Massachusetts so the children could meet their favorite football player on Friday when training camp opened in Foxbourough which is located just outside of Boston.

Tom Brady was thrilled that he meant the identical twins who is the presence of their dad who named his children as a tribute to him.

On a side note, former Indianapolis Colts and Denver Broncos Peyton Manning was a huge figure when he played college football at the University of Tennessee in Knoxville that many mothers named their children after their favorite Tennessee Volunteers quarterback who did a lot of good deeds during his four year stay in college.