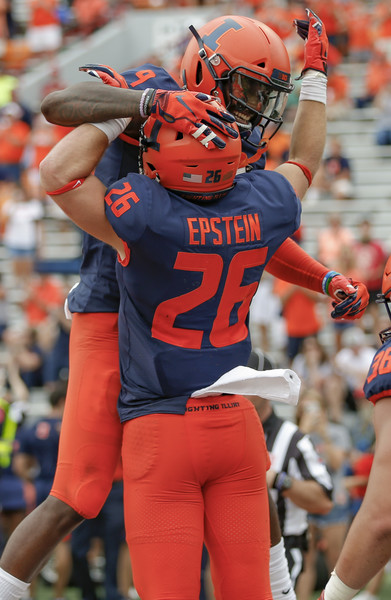 In our college football season opener we dodged a close one against the Kent State Golden Flashes, but came to life in the 3rd quarter. While driving to work I tracked most of the game via Google and wondered why we were trailing Kent State by 14 points going into half-time. Kent State being a team that we dominated three years ago defeating them 52 – 3, which could have been their fuel to defeat the Fighting Illini on their home turf in Champaign Illinois.

After checking Google, I occasionally I hopped on Twitter to read tweets from other fans to keep somewhat of a live update from those watching the game on television. In my writing “I bleed ORANGE and BLUE!” , I stated “I take every new season like the average person goes into the new year with no looking back.”. Many of us as fans watch the season opener in anticipation to get a feel of what our season will look like, which this one almost killed hope of being any competition to other teams in our conference. I replied to a tweet stating that “If we don’t win this game we just may not win anything”. 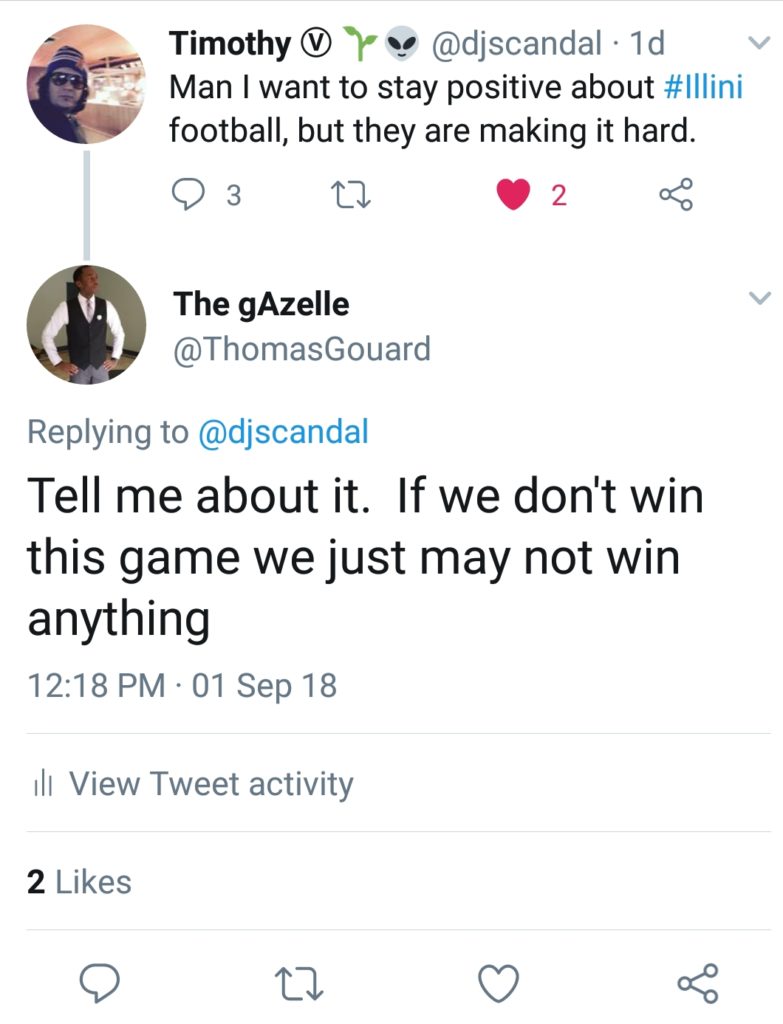 New life came in the 3rd quarter and I about lost it with excitement when I saw the highlight on Twitter of Reggie Corbin scoring a touchdown in the third quarter. At that point it became a tied game, and I thought to myself where was this team at in the 1st and 2nd quarter. Not sure what that was all about, but I did not like that scare because we still have the entire season ahead of us with tougher tests than Kent State. 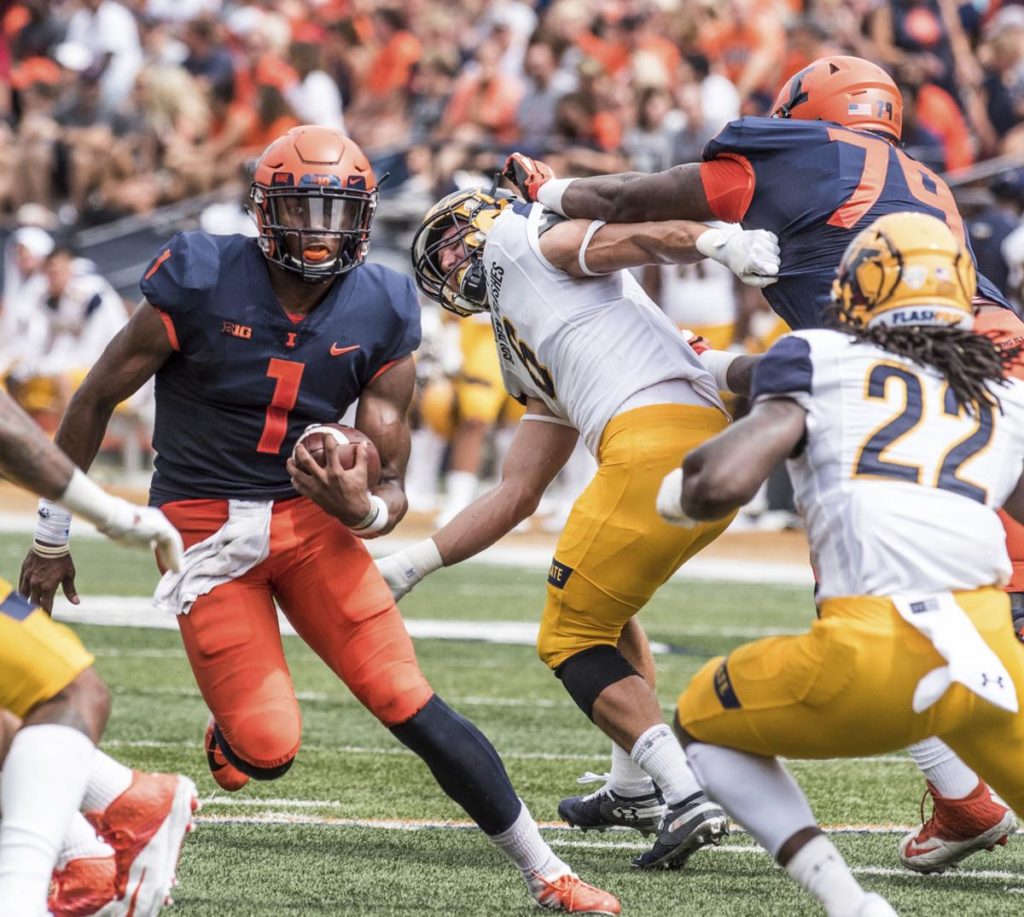 I plan to watch the whole game on my laptop via YouTube during Labor Day to note some of our new notables and relive this home opener against Kent State. So far, after watching highlights I have to say that I was highly impressed with AJ Bush Jr, Reggie Corbin, Mike Epstein and as always Mikey Dudek.

Our next game against the Western Illinois Leathernecks will be another tune-up prior to our big showdown with the South Florida Bulls, who defeated us 47-23 last year. The South Florida game will be an idea of how we will fair against our conference teams in the Big Ten, which will have me on the edge of my seat at Soldier Field. 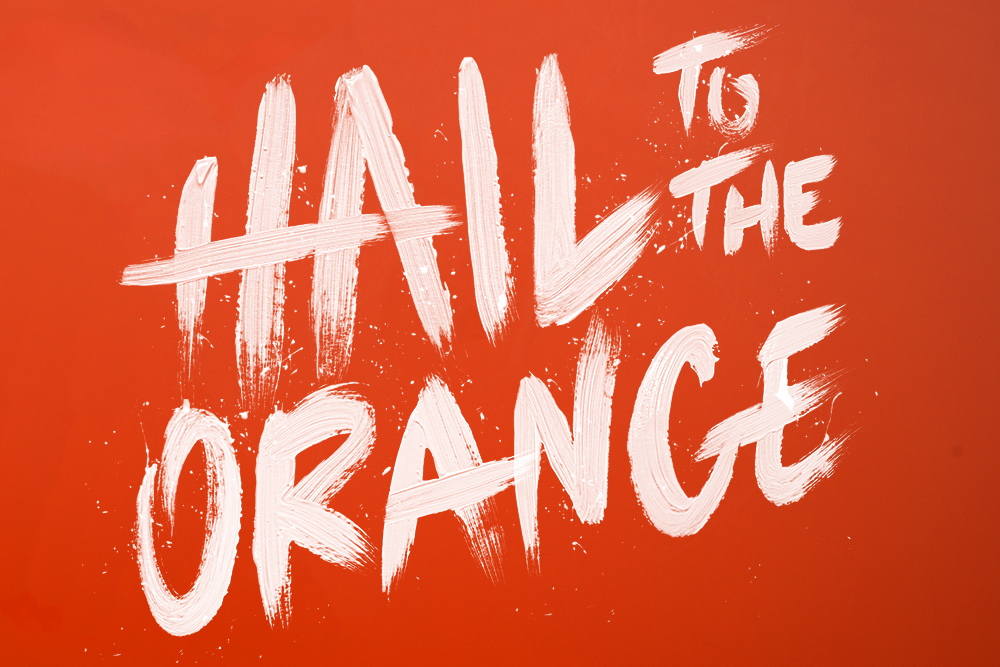