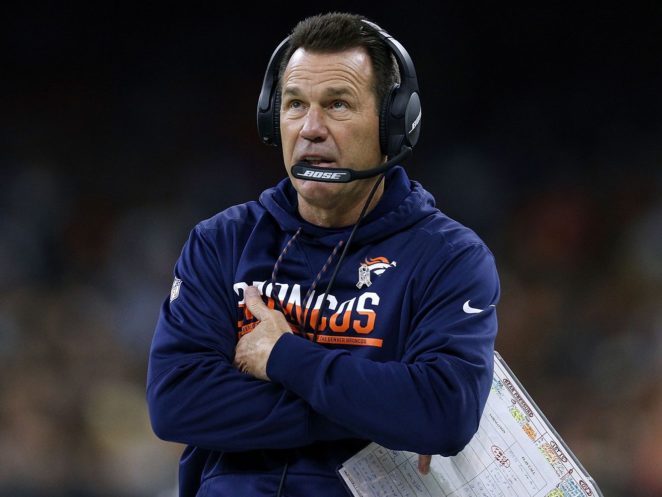 Former Houston Texans and Denver Broncos head coach Gary Kubiak who stepped down as the head coach of the Broncos at the end of the 2016 football season due to health concerns, is back with the Broncos organization as a scout for the team on Tuesday.

It is nice to see Kubiak back in the National Football League in a role that does not require him to work on a round the clock schedule like his work when he was the head coach of the Texans and Broncos respectively.

Kubiak who worked under former Denver Broncos quarterback John Elway as his second string quarterback from 1983-1991 will assist Elway who is now the general manager and executive vice president of football operations of the Broncos by scouting college football players in the Houston region.