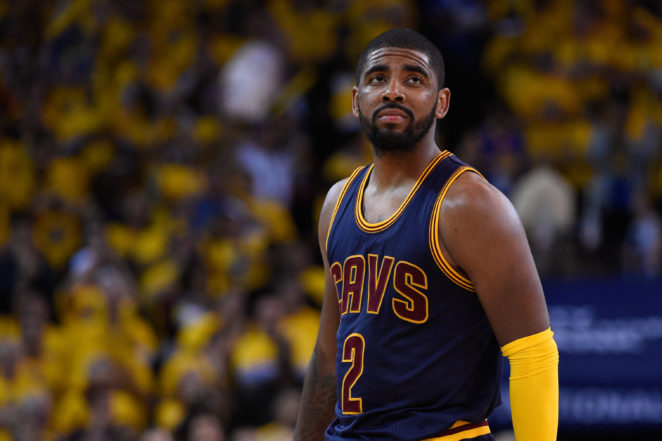 This offseason is Cleveland to put it mildly is being becoming the real life version of the science fiction show called “The Twilight Zone” which the late actor Rod Serling created and hosted on television.

First Cavaliers owner Dan Gilbert decides to let his general manager David Griffin leave despite the great body of work of getting the Cavaliers in the National Basketball Association Finals (NBA) for the last three straight seasons winning one NBA Championship in the process.

Now one member of the Big Three Kyrie Irving has requested a trade to another team since he cannot stand being Robin to LeBron James being Batman in Cleveland.

So much for team loyalty these days in the professional sports world where James will likely catch the full wrath of Cavaliers fans if he decides that winning NBA championship outside of Cleveland is more important to him than playing basketball for his home team. James is a native of Akron Ohio.

Now Irving who along with Kevin Love are part of the sports media dubbed James, Irving and Love as The Big Three could be reduced to the Big Two if Irving has his wish granted to leave the Cavaliers to be the leader of his new team.

Oh the price of being King James is that not everyone of his current teammates want to be the understudy of LeBron James who is considered by many sports experts as the best professional basketball player in the NBA today.

This latest turmoil reminds me of the Sylvester Stallone Rocky Balboa franchises where his boxing student the late Tommy “Machine” Gunn (Tommy Morrison) and Robert Balboa Junior (Milo Ventimigilia) complained that the popularity of Rocky Balboa was too much for them to bear being the student and son of the legendary fictional boxer in Philadelphia.