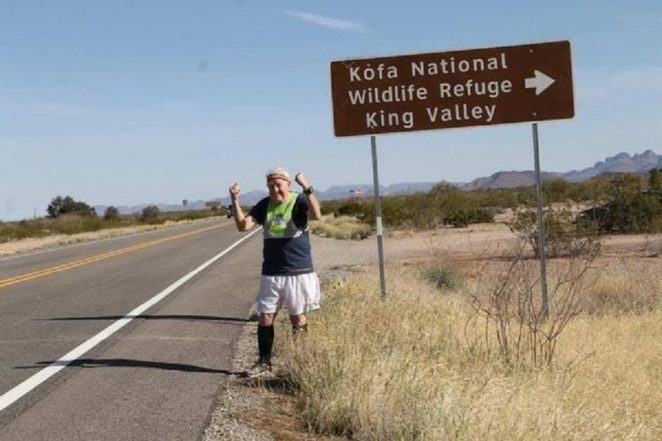 I have to show my respect for World War II U S Navy veteran Ernie Andrus who is the current record holder of running a cross country run from San Diego California to Saint Simons Island Georgia back in 2016 when Ernie was 93 years of age.

Ernie Is living proof of the saying by the former New York Yankees legendary catcher Yogi Berra which is “It ain’t over till it’s over.”

The first cross country run from California to Georgia lasted three years. Ernie was greeted by a huge crowd of fans when he crossed the beach at Saint Simons Island in 2016.

Ernie admits that even though he runs three days a week to stay in top physical condition, the desire to run a second cross country run from Saint Simons island Georgia to San Diego California will likely last five years since his goal to make it across the nation before he turns 100 years of age.

If there is one way to stay young at heart despite the human body breaking down due to the aging process, it is to engage in an exercise like taking walks and runs to keep a body and mind sharp as a tack.

All of human beings need to have something in life to keep us going so we can say that we had a great time facing life’s challenges to the very end of our lives.