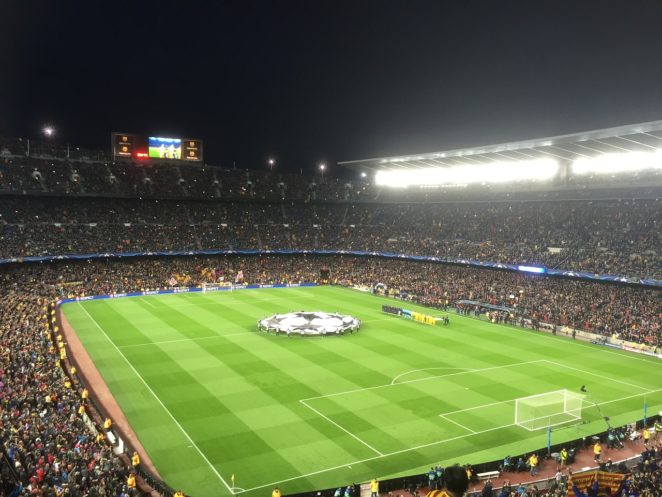 1. Manchester United.  Uh-oh!  Man United is back in the Champions League.  Do you know what that means?  They are once again placed in the easiest group of this stage.  They should win this group rather easily.

2. SL Benfica.  Fans know that Benfica always brings a stout defense, but they are looking good offensively as well.

3. CSKA Moscow.  Usually, their home advantage in the cold affects the other teams, but the other two top teams are experienced enough to be able to withstand the elements of playing in Moscow.

4. FC Basel.  Over the past couple of years, Basel’s team has been raided by the big clubs.  The team has not stepped up to replace stars that have transferred to other teams.

1. PSG.  With the monumental signings of Neymar and Mbappe, Paris St. Germain appears to be unstoppable this season.

2. Bayern Munich.  The problem with Munich is that they stayed pretty much stayed the same as last season.  Stagnation does not create progress.

3. Celtic.  Celtic has a decent team, but there are two teams in this group that are at a different class than Celtic.

4. Anderlecht.  They have a young and an exciting team, but there will have to deal with way too much experience in every game of this group stage.

1. Chelsea.  Chelsea also returns back to the Champions League by winning the Barclays Premier League last season as they have brought themselves back to prominence once again.

2. Atletico Madrid.  Being locked out of the transfer window will affect the depth of the club.

3. Roma.  The club did not do enough to replace players that transferred during the offseason.

4. Qarabag.  Where in the world is Qarabag?  This team from Azerbaijan has been slowly building themselves up in order to make an appearance in the group stage.  However, they are going to get throttled in this group.

1. Juventus.  Juventus will look to bounce back after making it to the Finals two times in a row and losing to Real Madrid both times.

2. Barcelona.  Losing Neymar will continue to hurt Barca this season.

3. Sporting Lisbon.  Look for Sporting to pull off a couple of upsets during the Group Stage, but advancing to the Round of 16 is unlikely due to the other top two clubs.

4. Olympiakos.  What Olympiakos looks to do is get a one-goal lead and then hold on to the lead.  However, they will be going against three clubs that will push the pace at any time during a  game.

2. Liverpool.  Liverpool is back in the Champions League with an exciting team.  However, being exciting leaves them open to counterattacks.

3. Spartak Moscow.  The experience on this team will make this group stage rather interesting.

4. Maribor.  Defense will be the key for Maribor, but they are playing against three teams that will pressure Maribor extensively.

1. Manchester City.  Man City was one of the biggest buyers this season during the transfer window.  The new pickups have helped to shore up a defense that allowed too many goals last season.

2. Napoli.  Napoli continues to have a loaded club that has the capability to win this group.

3. Feyenoord.  Feyenoord was able to win the Eredivisie last season with young scoring talent.  Their scoring will give them a chance to pull off some possible upsets in this group stage.

4. Shakhtar Donetsk.  Donetsk has a strong team, but they were put in one of the toughest groups.

1. FC Porto.  Porto has not given up a goal all season long.

2. Besiktas.  Besiktas has a very experienced club, plus playing in front of Turkish fans at home will give them a huge advantage.

3. Monaco.  Monaco was absolutely raided in the offseason.  However, keeping Falcao should give them a chance to win in every match.

4. Red Bull Leipzig.  Leipzig surprised everyone last season by ending up in 2nd place in the Bundesliga last season.  However, the cat is out of the bag now.

1. Real Madrid.  Real Madrid has one of the best teams in Champions League history after repeating as champs last season.

2. Borussia Dortmund.  Although Dortmund continues to lose players due to transfers, they always remain on the attack.

3. Tottenham Hotspur.  The Spurs have an outstanding team, but their lack of depth was not addressed in the offseason.

4. APOEL.  Unfortunately, APOEL was put in this stage’s Group of Death.

Please put in the comments below which teams you want to advance to the Champions Leauge Round of 16.