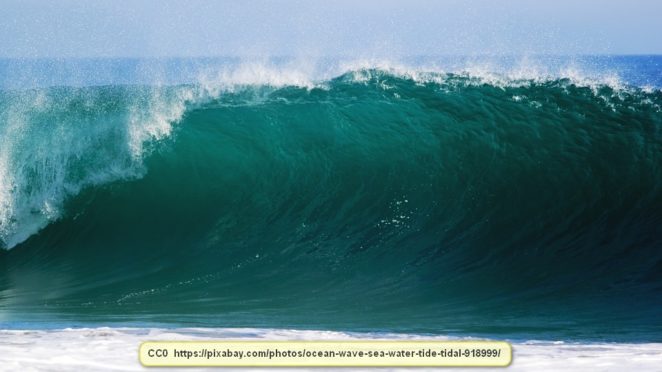 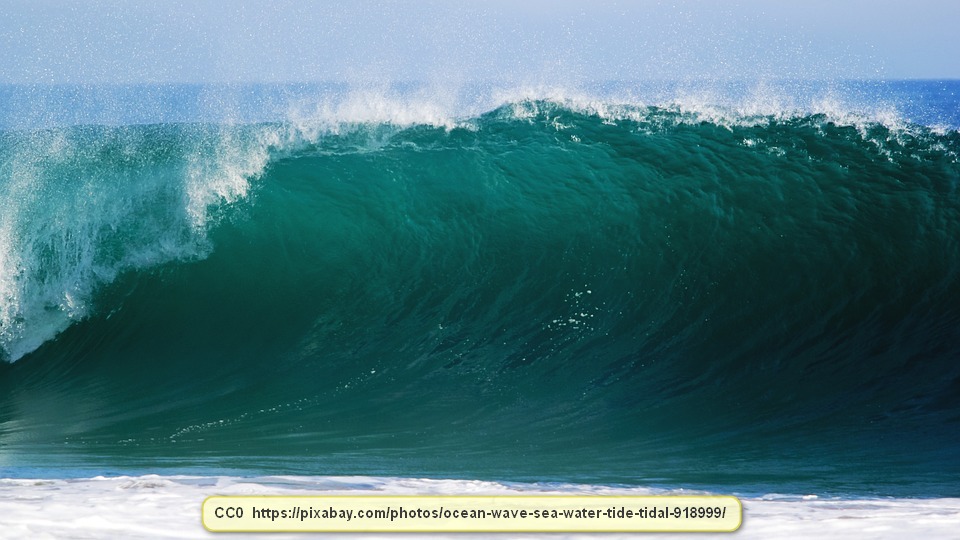 Oceans cover over three-fourths of the surface of the earth, and yet there are a number of facts about the oceans that the average person doesn’t know. Some of the facts are merely entertaining. Others are astounding. But all of them affect all of us in one way or another, no matter how far we live from the nearest ocean.

Here only 13 of those facts:

* Hurricanes, typhoons, cyclones, and tropical depressions form over the sea, where the ocean is hottest. However, all of these storms get their energy from only the top 6 inches of the ocean’s surface. The water below that depth is typically cool to cold and wouldn’t be able to generate these storms.

* El Nino is a warm current in the Pacific, La Nina is a cold current in the Pacific. Both of these are constantly there, but periodically one or the other moves closer to the surface and also closer to the west coast of the Americas. It is misleading to say that we are in an El Nino year because the current has been there all along. It is just more pronounced because it is near the surface and close to land.

* Ocean currents aren’t typically very wide or tall, top to bottom. However, one thing that makes them interesting is that the water in a current doesn’t mix with the water around it. For this reason, a current can stretch for thousands of miles, yet the temperature of that current changes very little.

* As astonishing as it may seem, the ocean contains ‘rivers’ of nearly fresh water. The fresh water also doesn’t mix easily with the salt water that surrounds it. This is something that has been known for a long time and it poses a significant danger to people aboard submerged submarines. Saltwater is more buoyant than fresh water, so if a submarine suddenly encounters one of the rivers, it will abruptly lose buoyancy and sink unless corrective measures are taken immediately. This isn’t a big an issue today as it once was because of computerized systems on submarines that detect the change in buoyancy and counter the change almost instantly. It can produce a bit of a bumpy ride for a time, though.

* The coldest current is a large one at the bottom of the ocean. The temperature is actually below the freezing point of water, fresh or sea water. It is simply under such pressure from the weight of the ocean water above it that it is prevented from freezing. This current is also one of the slowest moving currents that are known. It can take up to 10,000 years for a drop of water to complete one circuit in this current. This means that a drop that started out when Jesus was born has only made its way around about a fifth of one cycle.

* In some locations in the ocean, there are freshwater ‘lakes’. As mentioned, freshwater and saltwater don’t mix, so the lakes are kept intact. Animal life in those lakes are primarily species that would die in ocean water.

* Wind is caused by unequal areas of heat since heat always flows toward cold (third law of thermodynamics). As the wind blows over the surface of the ocean, it creates ripples as the water at the surface is pushed along. The ripples add to one another and become waves. The towering breakers people might see on the shore and that surfers love to ride were all caused by wind blowing over the ocean and began as a tiny ripple. That ripple could have been spawned thousands of miles away.

* Relatively few people die from hurricanes, directly. Most of those who die during the storm perish because of water that is pushed ahead of the storm. This is called the storm surge and it is responsible for as many as 9 in 10 deaths during a hurricane. Hurricane Katrina, which was devastating to New Orleans, caused few problems except damage from high winds. However, the storm surge that was generated by Katrina put 3/4 of New Orleans underwater. Even that might not have happened except that the levees that kept the water out were not only old and in need of repair, but they were also designed to withstand a category 3 hurricane. Katrina made landfall as a category 5 hurricane.

* A tsunami of only three feet can cause widespread destruction and death. In part, this is because the wavelength or distance between wave crests can be hundreds of miles. In typical waves, they are less than 100 yards. This means that when a tsunami reaches land and surges in, it doesn’t withdraw for 10 or 15 minutes. The average tsunami is far more than just three feet and can be over 100 feet high. Put into perspective, if one of these tsunamis struck the northeast coast of North America, all of New York City would be underwater to a height of 10 stories.

* The term “sea-level”, meaning the altitude of the ocean, is an arbitrary term. In the middle of the Atlantic Ocean, sea level is several feet higher than it is on the east coast of the United States. This is because of a bulge in the ocean water, caused by currents on either side. We’ve only known that it exists since the advent of satellites that have the ability to accurately measure the altitude of the ocean’s surface.

* Ocean waves crashing against the shoreline produce an enormous amount of energy. It is calculated that if a means was found to harness that energy and convert it into electricity, enough electricity would be generated from the coast of the US to power the entire country for the next 10 years. Scientists are working on finding ways to harness the power.

* There is more gold dissolved in the oceans than all of the gold ever mined by mankind.

* A few hundred million years ago, most of North America, Europe, and Asia were covered by oceans. In fact, the Rocky Mountains hadn’t yet begun to form, pushed up by the collision of two tectonic plates, and the tops of the tallest peaks in the Rockies of today were underwater. Even today, marine fossils are often found in the Rocky Mountains.

If this information surprises you, that is a good thing. It is hoped that this will spur a renewed interest in our oceans and our planet.