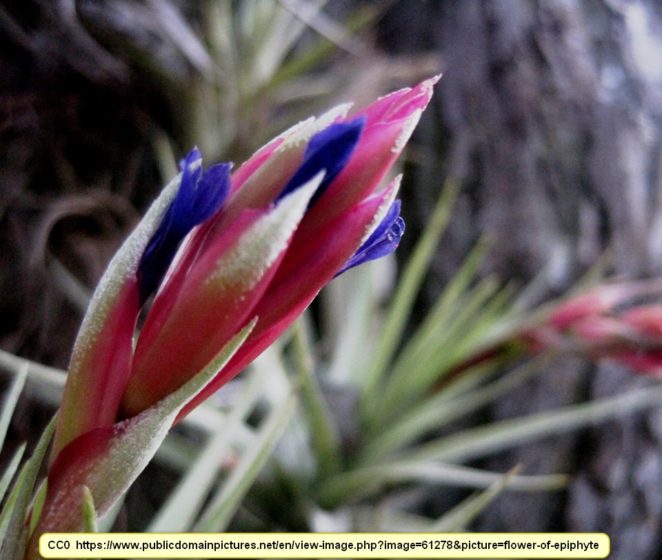 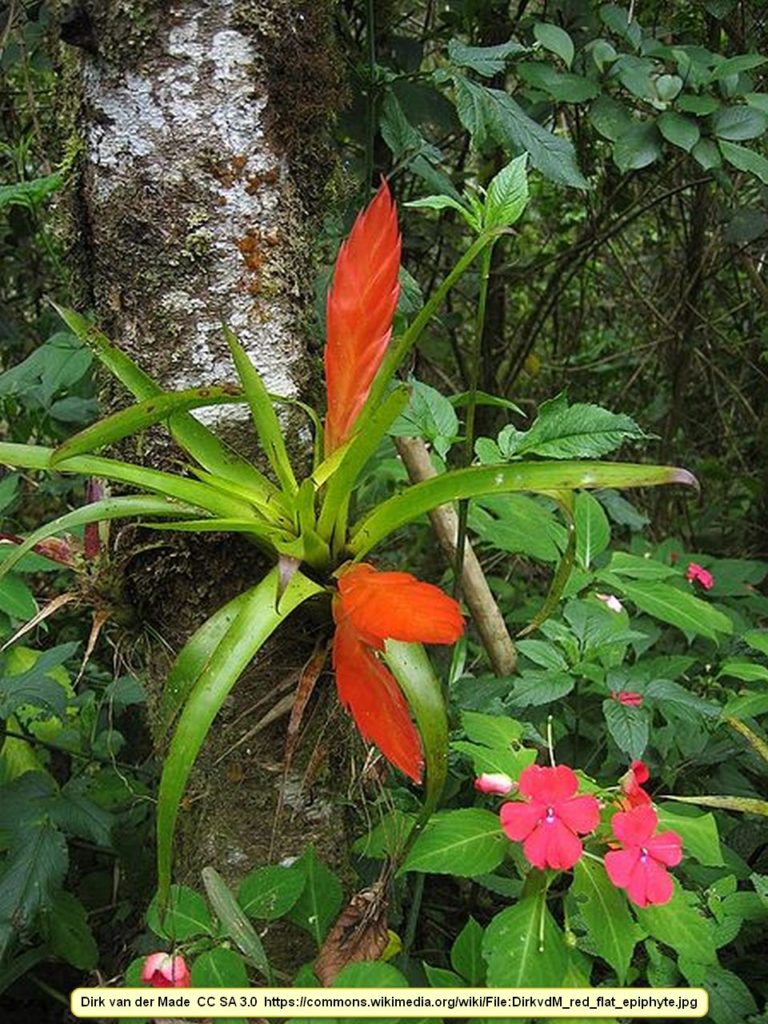 Even if you’ve never heard the term ‘epiphyte’, you are probably aware of some epiphytes. There are around 27,000 species of epiphytes that are terrestrial and some species even live in the sea. They are found from the tropics to the temperate regions. Many are exceptionally beautiful, too.

What is an epiphyte? 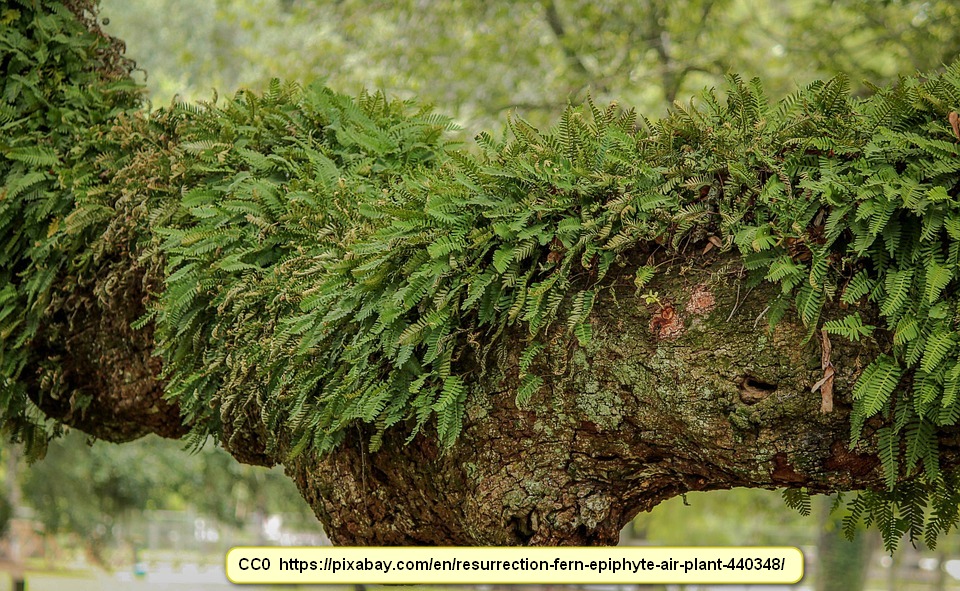 The word ‘epiphyte’ comes from the Greek for “upon” (epi-) “plant” (phyton). They are literally plants that grow on other plants, without being parasites to the host plant. Most epiphytes don’t harm the host plant, though there are exceptions.

The host plant merely gives the epiphyte a platform to grow on while allowing the epiphyte the means to get to the sunlight. This can be quite important in forest environments, where the trees block sunlight from reaching the ground. In fact, an epiphyte is any plant that doesn’t grow on the ground but does grow on other plants or surfaces, without being parasites.

They take a wide range of forms and many are even grown as houseplants. As houseplants, they are often called ‘air plants’. 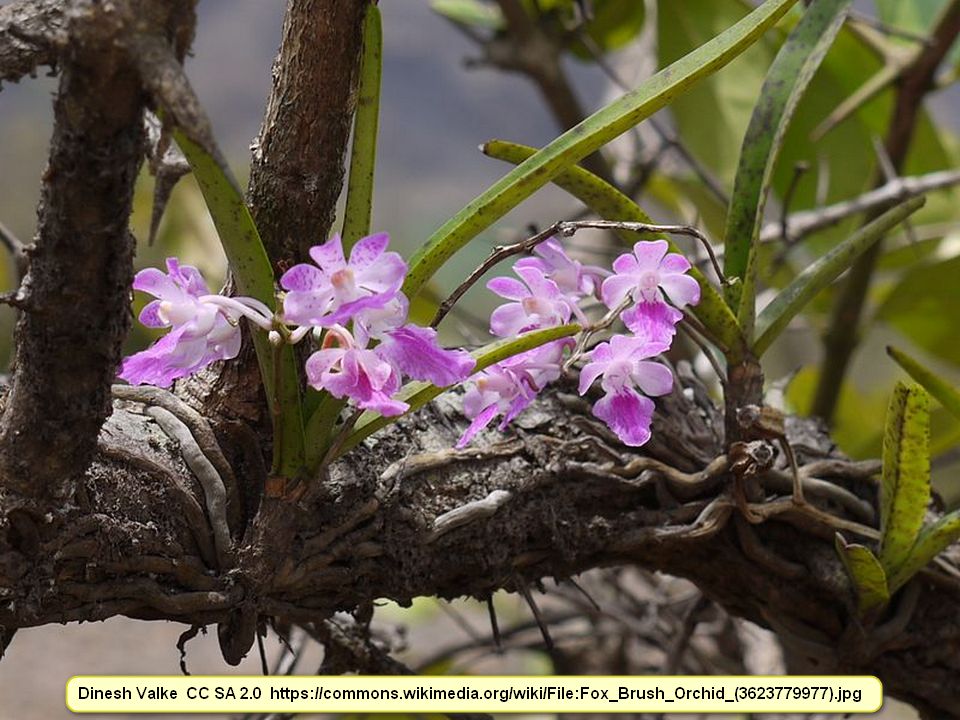 Various species of ferns make up about 10% of epiphyte species. Indeed, around 33% of all fern species are epiphytic.

Different species of mosses make up most of the rest of the epiphytes, though there are epiphytic bromeliads, cycads, and even cacti.

So-called ‘Spanish moss’ (Tillandsia useneoides) is an epiphyte that grows on trees. The common name is a misnomer as Spanish moss doesn’t come from Spain and it isn’t moss. It is actually a flowering plant and is a bromeliad. Bromeliads are the pineapple family, though pineapple, the representative species, isn’t an epiphyte. Spanish moss definitely is.

How do epiphytes survive? 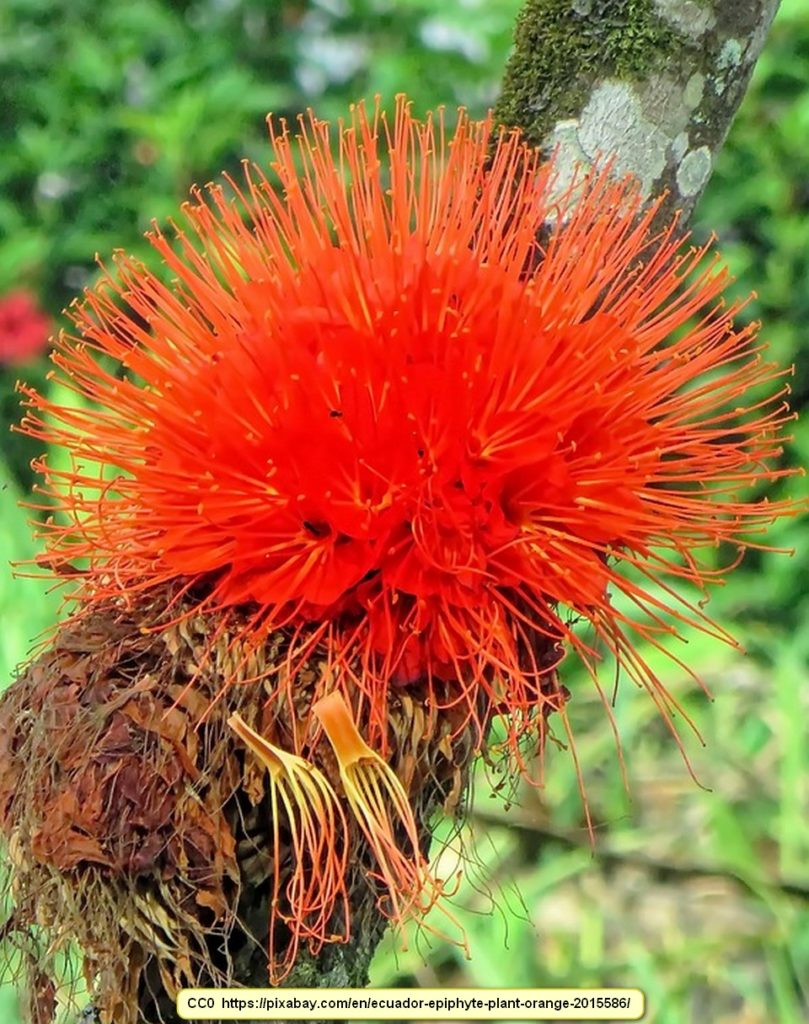 Epiphytic plants get the water they need to survive from the air and from rainfall. Sometimes the water is absorbed by roots, though not all epiphytes have roots. Some epiphytes absorb water through the leaves and some even have leaves that act as water basins, catching and holding water. A number of animals take advantage of these air-borne pools and in fact, there are species of frogs that lay eggs and develop in epiphyte pools.

Nutrients come from material washed down from the tree or other plants, from decaying plant matter or debris, and even from insects that get trapped in water pools.

Many epiphytes also produce a staggering number of seeds. Orchids, for instance, often produce millions of tiny seeds. This ensures that at least some of them will land on a branch or crevice in the bark where it can grow into an adult epiphyte.

Epiphytes are interesting because of how and where they grow. They are often of exceptional beauty. In some places, they are also so numerous that are are substantially more epiphytes than there are host plants to grow on.