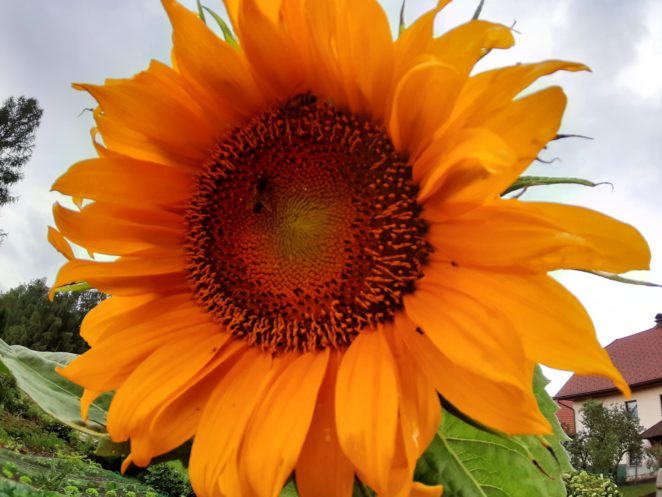 A sunflower is an annual that grows up to 3 meters high. Roots grow up to 2 meters deep, exceptionally up to 3. The stem is strong and hairy. Green leaves are heart-shaped, up to 40 cm long and up to 35 cm wide. The leaf margin is sawed. The flowers, which are actually inflorescences with more than 15,000 flowers, are yellow with a dark central part. There are many varieties on the market used for ornamental and industrial purposes. Dwarf varieties can be purchased for ornamental purposes. During flowering, the sunflower produces the most nectar between 10am and 2pm. The flowers turn in the direction of the sun from east to west. They turn east at night or early in the morning. The sunflower comes from North America. It was used as a cultural plant around 2600 BC. n. no. in the area of Mexico.

Sunflower originated in the steppes of North America, where now found wild forms.

In Europe, the plant was transported in 1510 and sown in the botanical garden of Madrid.

Initially, it was grown as a decorative plant and for seeds.

In Bulgaria it was transported from Russia after 1878 as a decorative plant and for eating, and its cultivation as an agricultural crop began in 1917.

This photo is a panorama of 5 frames made during a walk on the outskirts of Sofia.