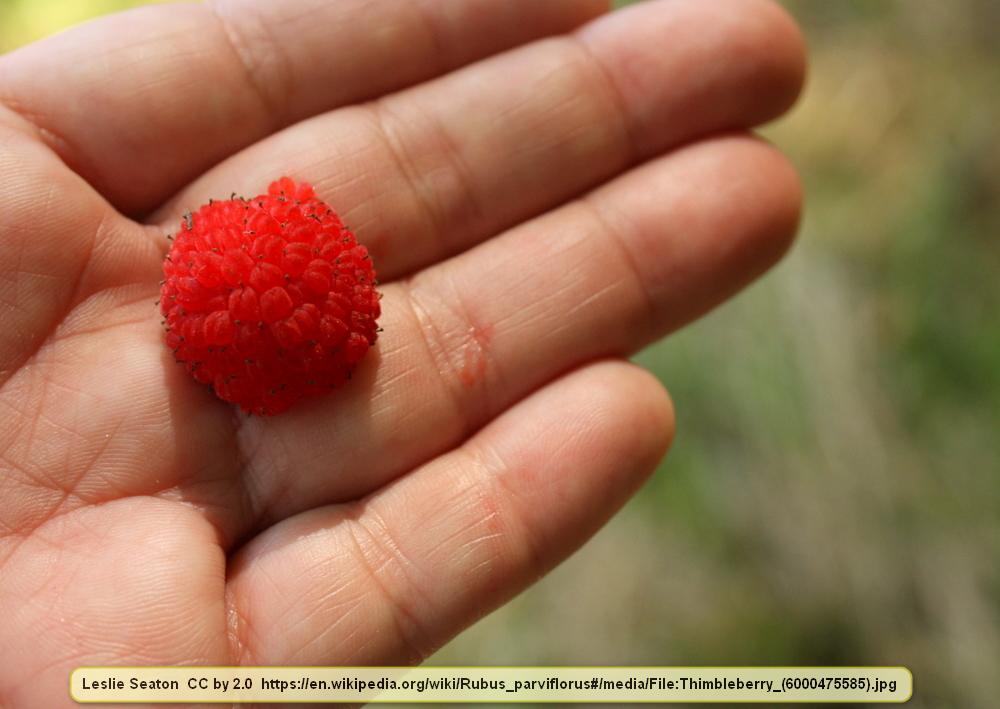 There are quite a few people who have never heard of the plant called a thimbleberry. There is a good reason for this, as you’ll see.

When we are speaking of thimbleberries, we are specifically talking about a species called Rubus parviflorus. A few people might recognize the genus name, Rubus. This is a genus in the Rose family that includes blackberries and raspberries. Although the plant doesn’t closely resemble a blackberry or raspberry, you wouldn’t be wrong if you said that it is a kind of blackberry. The common name comes from the fact that the berries are rather shaped like little thimbles. 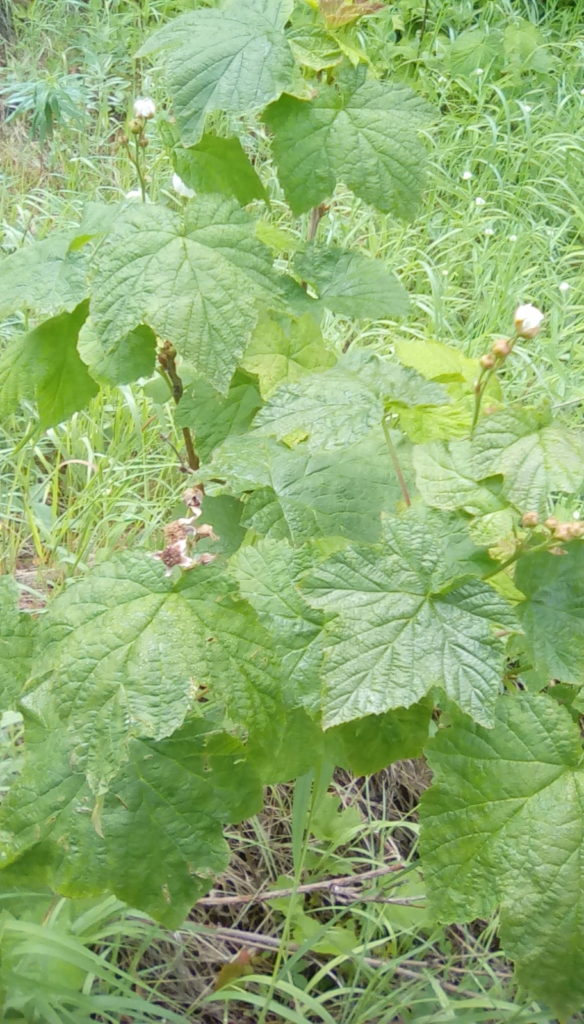 Thimbleberries are sometimes grown in various other places, but this plant is native to western North America, from Alaska and Canada, south to California and throughout the Rocky Mountains as far south as New Mexico and Northern Mexico. It also grows sporadically in the Great Lakes area.

This is a plant often found in the mountains, at elevations up to 10,000 feet.

Thimbleberries are often among the first plants that recolonize areas that have been burned over by forest fires.

This is a bushy plant that seldom gets more than six feet tall but occasionally reaches eight feet. Most commonly, it grows about three or four feet in height. 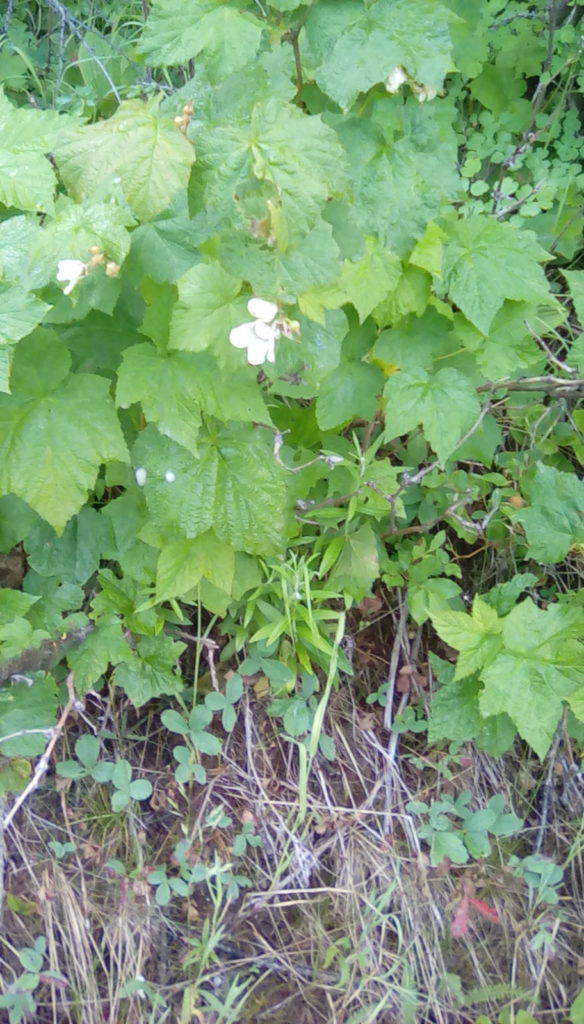 Notice the small three-leafed plants below the blooming thimbleberry in this picture. The little plants are wild strawberries and this is being pointed out to get a better idea of the size of the thimbleberry leaves.

Like blackberries and raspberries, the plant grows from a rhizome. However, the stems and leaves don’t have spines. The leaves are palmate, meaning that they are hand-shaped, and they are large; up to eight inches across.

The flowers are white and quite similar to those of blackberries, though they are sometimes larger and can be over two inches across.

The berries are often found in small clusters and are red when they are ripe. The ripe fruit is soft and fragile, with a sweet flavor that isn’t much like either blackberries or raspberries except in sweetness. 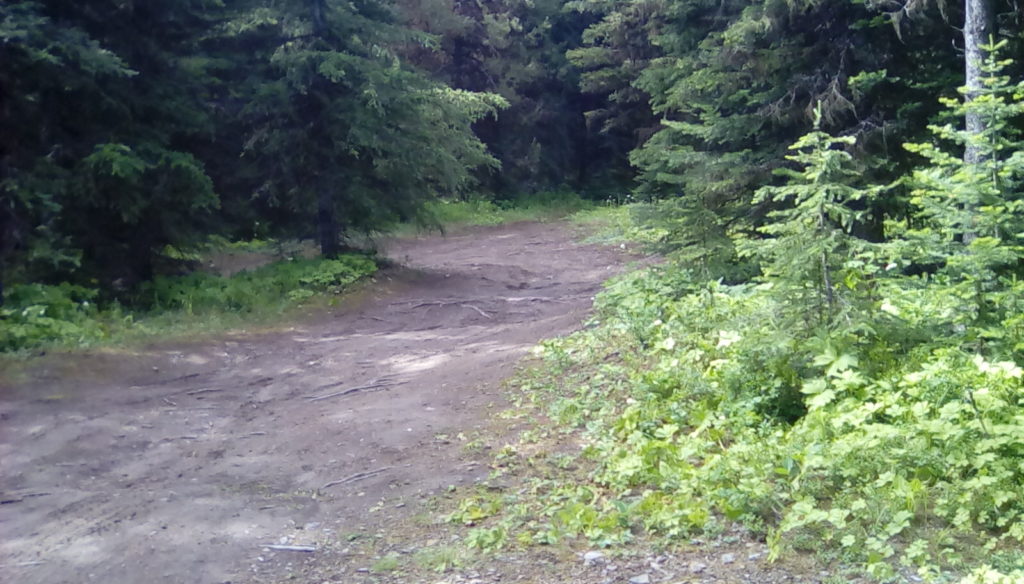 The berries are smaller and softer than raspberries, and like the other members of this genus, they aren’t actually berries. They are aggregate fruits.

Where we go camping, there are lots of thimbleberries, as well as huckleberries and elderberries. In fact, all of the pictures here, except the first one, were taken from the area surrounding our campsite.