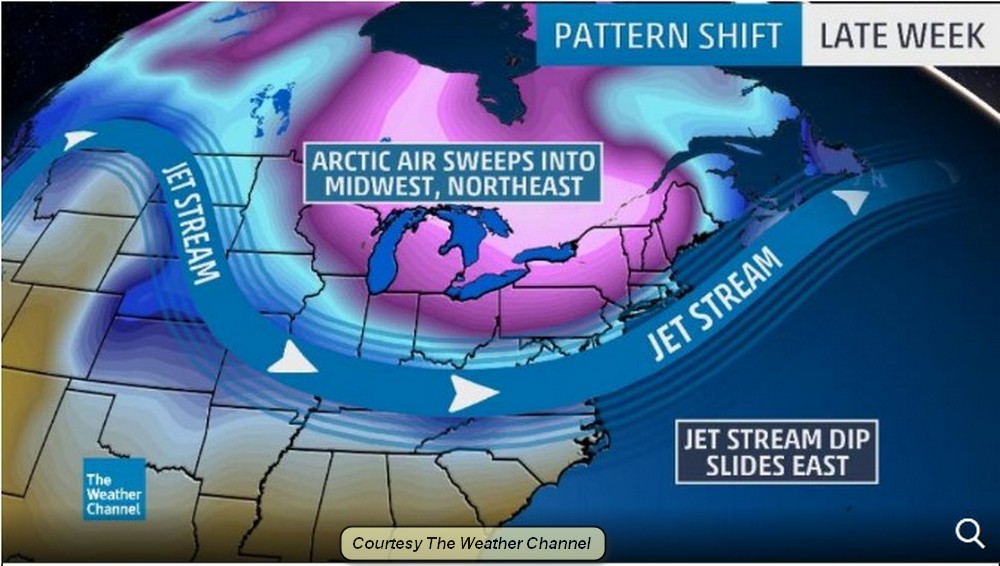 People who frequently watch weather reports might occasionally hear the term “jet stream” and wonder what it is and does. The jet streams have a big bearing on the weather that is experienced at any given time. You can actually get a pretty good idea of what the weather is going to do if you know what the jet stream is doing.

What is a jet stream?

To over-simplify it, a jet stream is a band of fast-moving high-altitude wind, located at an altitude of 6 to 9 miles. The band is typically a few hundred miles wide, but are less than a mile thick, and the winds move from the west to east, though they also move north or south, too. This gives a jet stream a movement somewhat like a snake, as it moves around the globe.

Winds in the stream 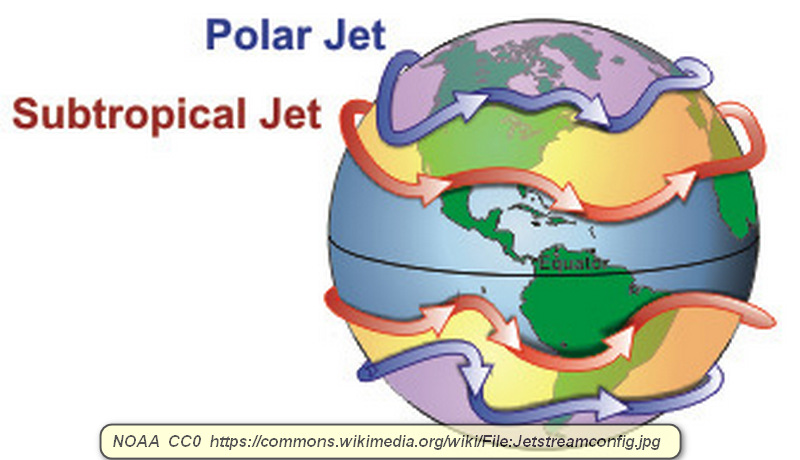 The wind in a jet stream flows at a speed greater than 57 mph or 92 kph. The wind speed can be much higher than this, however. Wind speeds of above 300 mph have been recorded.

Jet streams are usually located at the boundaries between frigid, dry air and warmer, moister air. This is the reason that knowing where the subpolar jet is becomes important. 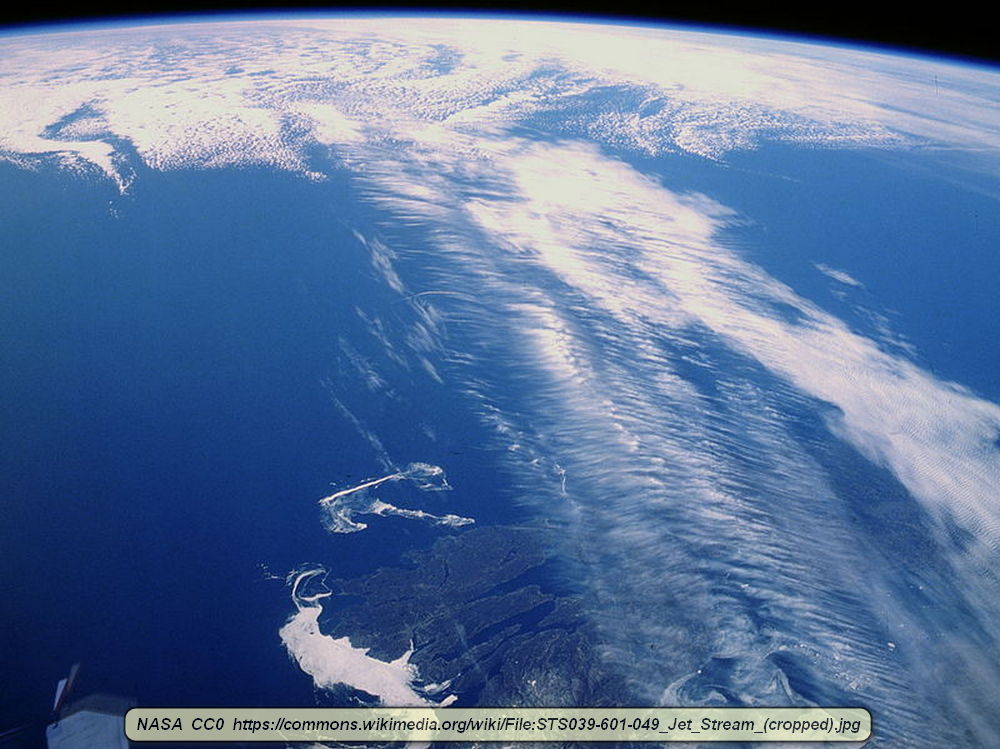 North of this jet, the air is very cold, as one might imagine of polar regions. South of the jet stream, the air is mild and often laden with moisture. When the subpolar jet dips south, much of the United States is plunged in abruptly cold temperatures and the moisture is cooled, often falling as snow. (The same thing happens around the world.)

This is what happened several years ago. The subpolar jet stream dipped very far south, at one point all the way to northern Mexico. The undulation was unusually broad, too. This meant that the ‘wave’ reached all the way from the Atlantic Ocean to the Pacific Ocean off of the southern US. As a result, on one particular day, freezing temperatures were recorded in all 50 states. This is an extremely rare event.

At that time, the northern US states experienced temperatures of -30 F to -45 F, and it snowed as far south as Northern Florida, Georgia, and even in Northern Mexico, which also recorded freezing temperatures.

The opposite can also occur. If the jet stream swings north into Canada, the northern US can be treated to warm temperatures above freezing. In the winter, however, the southern swings of the jet stream are far more common than the northern ones. In general, the length of the wave in an undulation determines how log it will take for the wave to pass.

As this is being written, the jet stream has a southern undulation reaching the southern states of the US and by late week, it should reach the east coast, bringing freezing temperatures or below to much of the eastern US. The very cold temperatures are already being registered throughout the Rocky Mountain states, as far south as New Mexico.

The jet stream and winter

Later in the year, the impact would be greater since the temperatures would already be lower. Still, by knowing what the jet stream is doing, it becomes much easier to predict what the weather is going to be doing within a few days.

As a final note, the jet streams were known and were used in aviation during World War II and since then. Not only does the knowledge of where the jets streams are at any given moment and what they are doing help to determine what the weather is going to do, it also directly affects aircraft. An airplane flying west to east can cut travel time and fuel expenditure if they can fly at least part of the journey within the jet stream. In effect, they are being given a push by the fast-flowing jet stream.