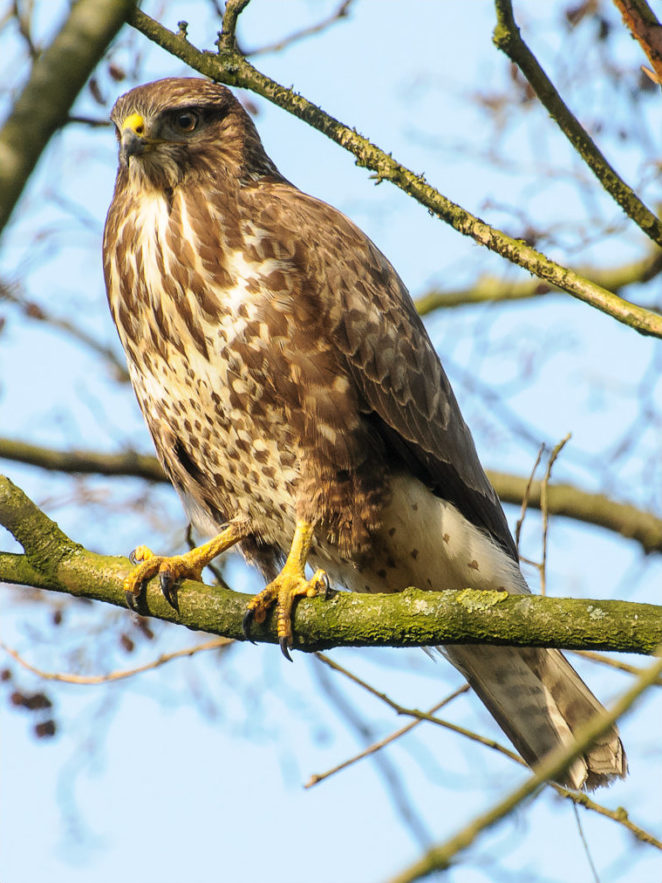 Buzzard populations in the United Kingdom dropped quite sharply during the 20th century but in recent years have had a steady recovery to the extent that the buzzard is now one of Britain’s commonest birds of prey. It is found throughout Europe apart from northern Scandinavia and Iceland. Some populations are migratory, with buzzards from parts of eastern Europe wintering in south and east Africa.

The buzzard (Buteo buteo) measures up to 550 mm (21.5 inches) in length. The plumage is mainly brown with white underparts. However, individuals can vary in appearance, with some being much darker underneath. The hooked bill is brownish grey with a yellow base (greenish in juveniles). The legs are yellow.

Buzzards in flight are distinguishable from red kites by having rounded as opposed to forked tails. The tail has narrow brown and grey bars with a black bar at the tip. The wings are broad and rounded. 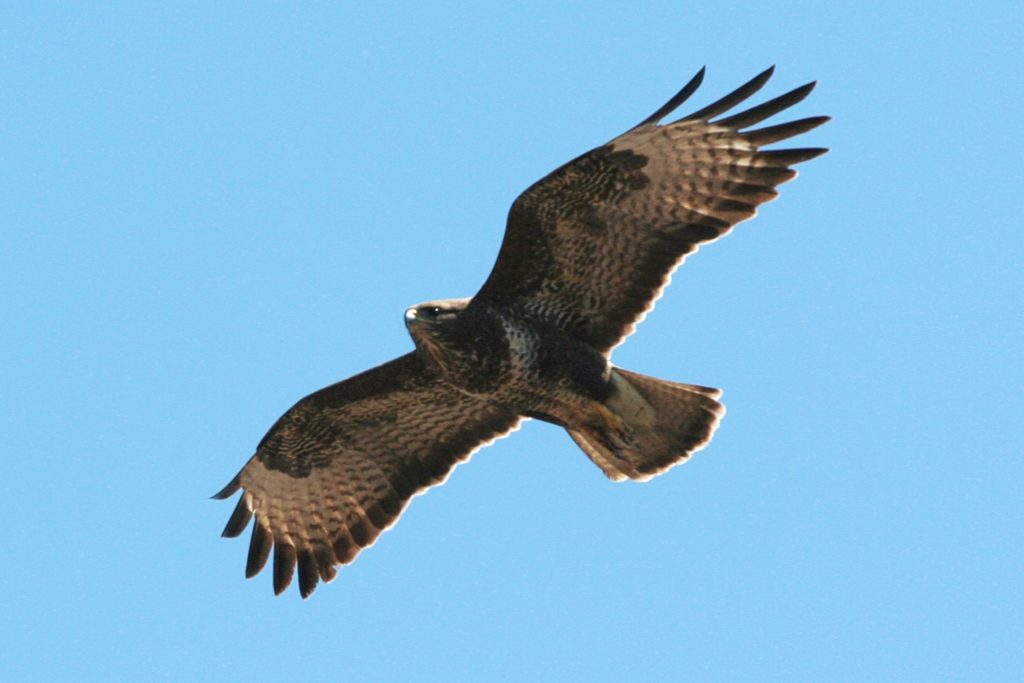 The flight is laboured, with soaring and occasional hovering. Buzzards spend a lot of time perched in trees or on other high points, from which they will swoop to take food.

The call is a long-drawn-out “pee-oo” with occasional croaking noises.

Breeding begins in April or May with a nest being built in a tree or on a cliff ledge, but sometimes a ground site may be used. An old nest may be re-used with the addition of fresh material. Nesting materials depend on local availability, with sticks being preferred inland and dry seaweed at coastal sites. Lining materials can include bracken and moss.

The clutch of two or three eggs is incubated mainly by the female with the male fetching food for her. The eggs hatch after around 34 days but not all at the same time. This means that the last chick to hatch will always be smaller than the others and will therefore be at a disadvantage in the fight for food. If three eggs hatch it is rare for all three chicks to survive to adulthood.

Fledging takes place at around 50 days although the young will be dependent on their parents for another 40 or so days.