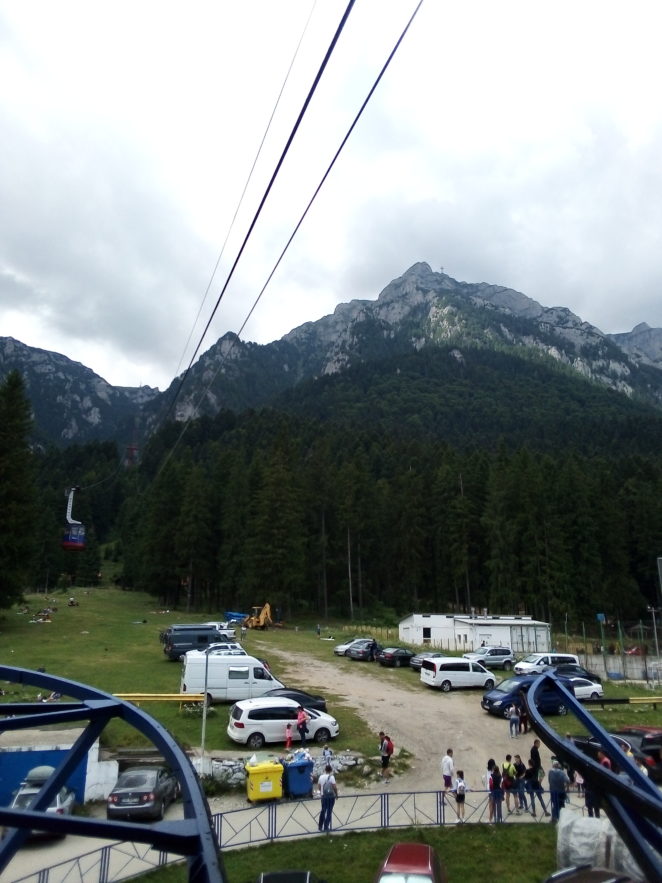 A highlight of a trip to the beautiful Prahova Valley, one of Romania’s most attractive regions for tourists, is represented by the cable car ride from the small town of Bușteni, located at the foothills of the Bucegi mountains, to the Bucegi plateau, at an altitude of approximately 2200 meters, where they can visit natural wonders like the Sphinx and Babele and they can hike across mountain trails. 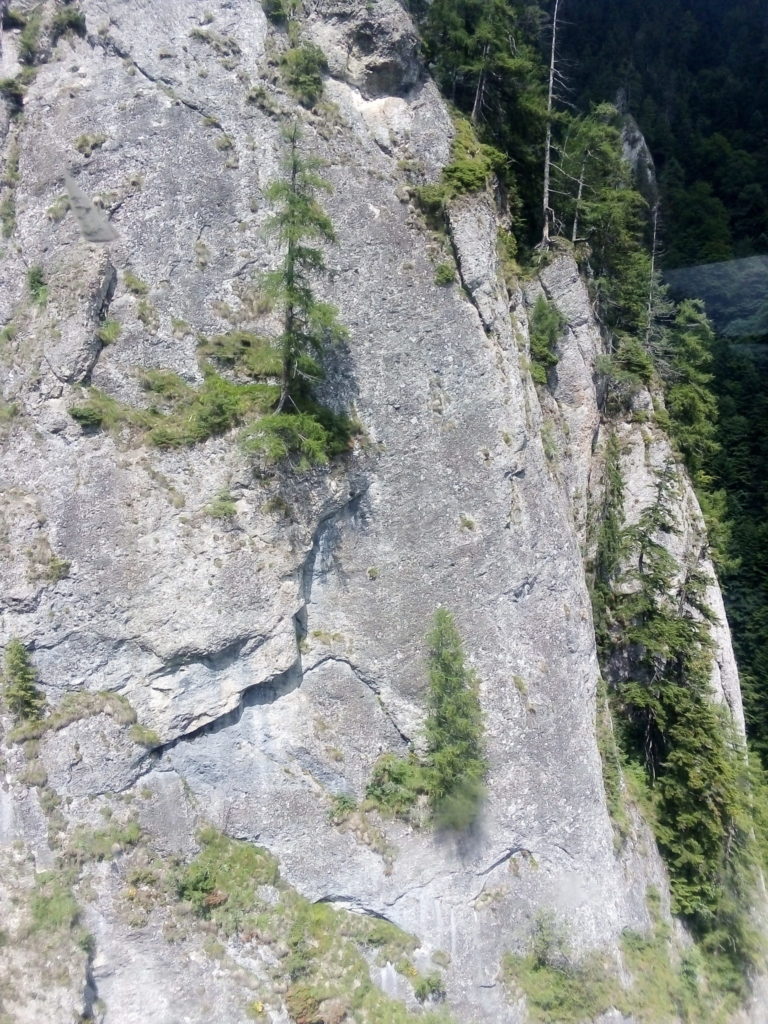 However, anyone who wants to reach the Bucegi plateau by means of cable car needs a lot of patience before embarking on it. I went to Bușteni on a Tuesday morning, hoping that there wouldn’t be too many people waiting in a line to buy tickets to the cable car, but unfortunately I was uninspired, as there is a technical revision every Tuesday and the cable car starts functioning at 10:30 AM, which is 2 hours later than the other days! Therefore the estimated 2 hours of standing in a queue turned into 3 long hours of waiting, but with a lot of patience, mineral water and coffee I completed my ordeal and finally got my hands on the precious tickets! 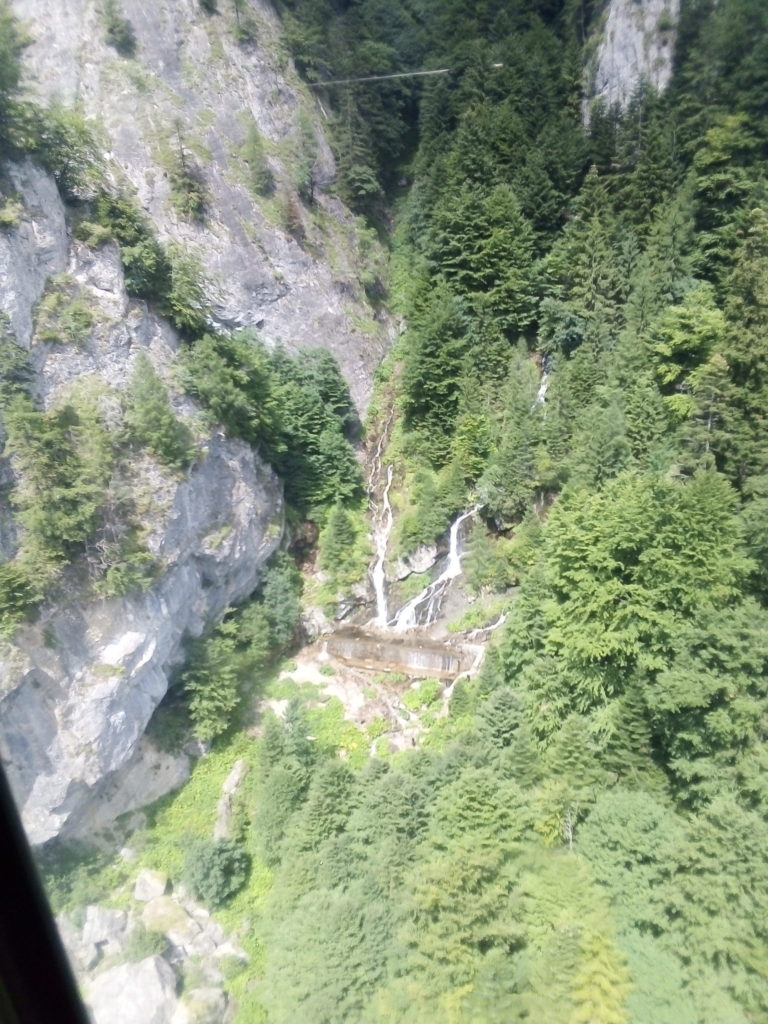 Once I was inside the crowded cable car I somehow managed to occupy a place near the window that would allow me to observe the mountain better and the longest cable car route in Romania started. For approximately 10 minutes I was able to see some truly spectacular mountain views which reminded once again of how great and impressive nature can be. As the cable car went higher and higher and the forest became less dense, I was more and more captivated by the majestic, but also frightening views of the huge towering rocks on which only black goats and some daredevils venture, and the deep chasms below. 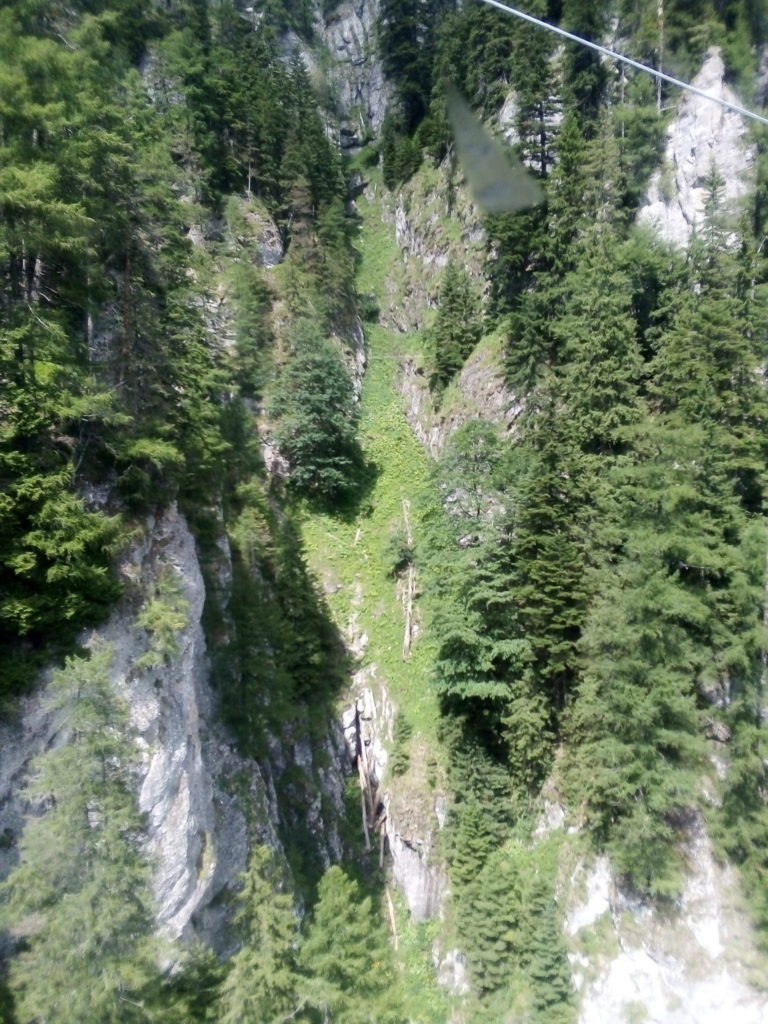 It was a short, but intense journey in which the rugged beauty of the mountain wilderness in its purest form made me realize that sometimes 3 hours of waiting are worth the effort when they are followed by such moments of sheer delight at nature’s greatness! 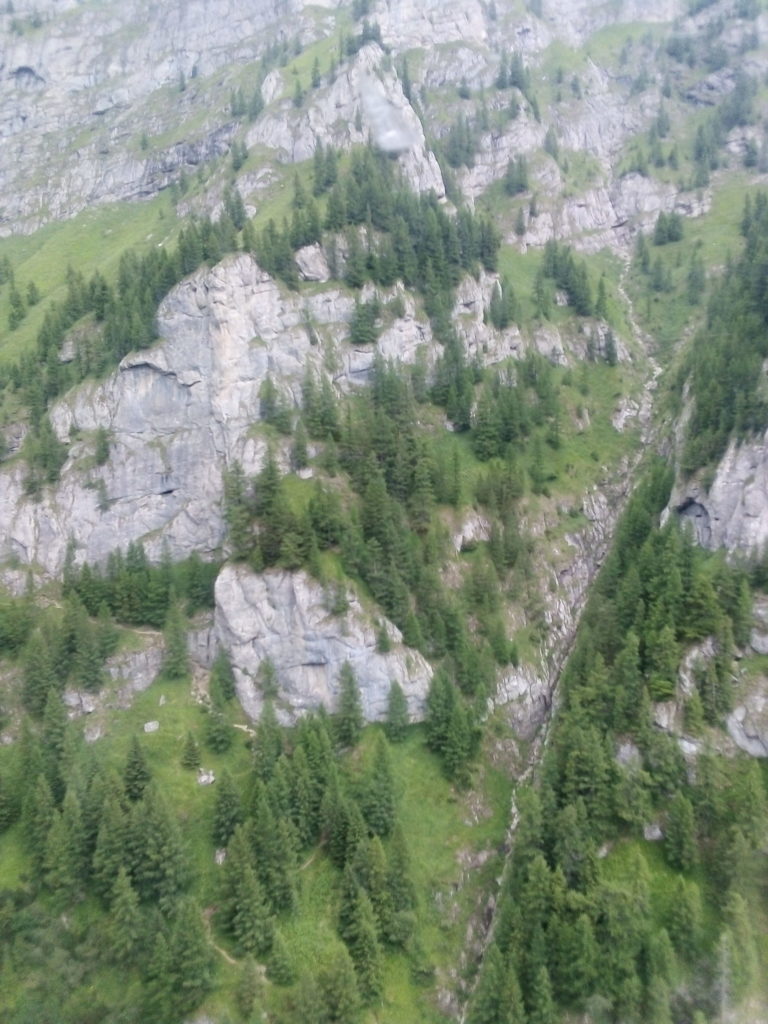 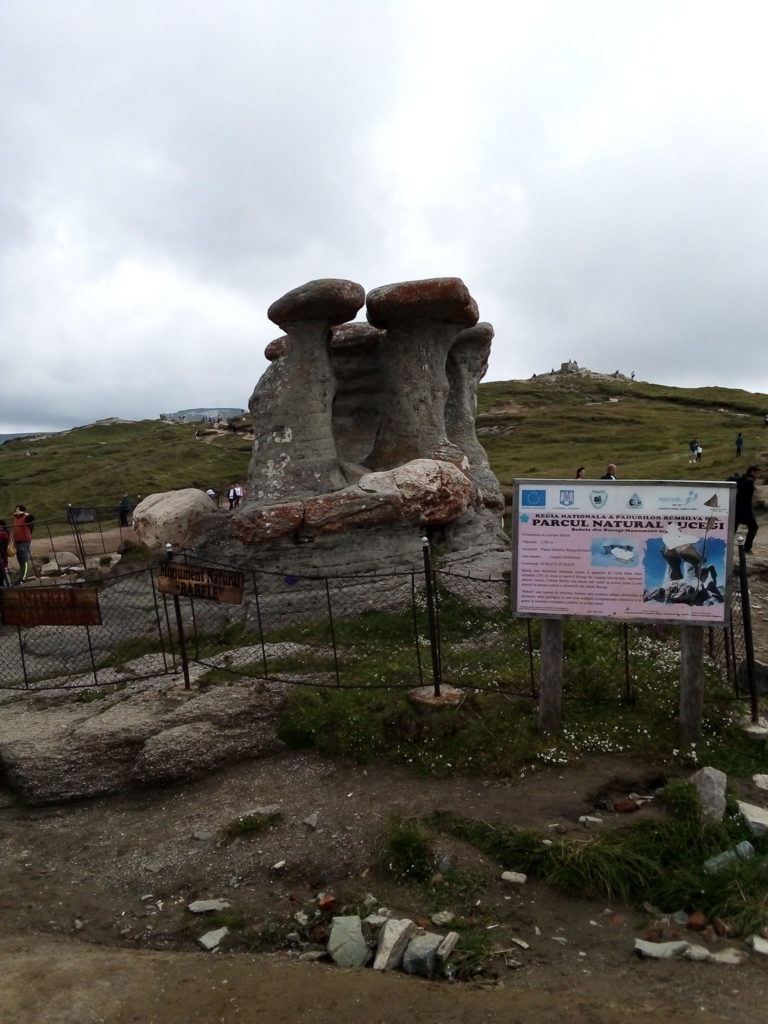 On the way back to the town of Busteni I could once again admire the solitude and the harsh beauty of the mountain landscape from the safety of the cable car. After another thrilling 10-minute ride, I was back in the mountain resort, satisfied because I had the chance to admire some unique views that showed me that the Bucegi Mountains were even more spectacular than I had anticipated!

All the photos are mine.