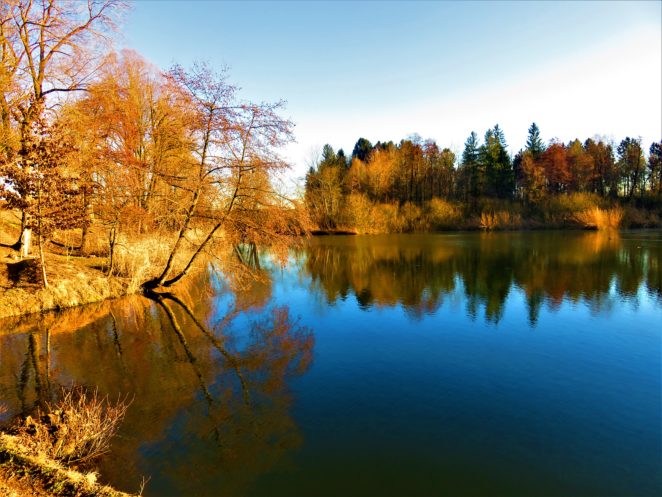 Bobovek lakes are a group of three lakes in the vicinity of settlements Bobovek na Gorenjskem. Their total land area is around 4.5 ha. The largest, northern lake is called Krokodilnica, south sake is called Čukova jama, western and at the same time the smallest and called Ledvička.

At the beginning of the 20th century it was the site of a swamp with few individual trees. In 1905 they began excavation of clay, which was used in the nearby factory. In the year 1953 they found the remains of a mammoth, arising out of the last glaciation, it’s age was about 180,000 years. In 1965, they found the remains of fossil fish klenič (Leuciscus leuciscus). In 1971 the clay stopped being exploited and the former glinokope filled up with water. Lakes today are forested, with oure water and water plants. There are a number of birds and other animals living in the area.