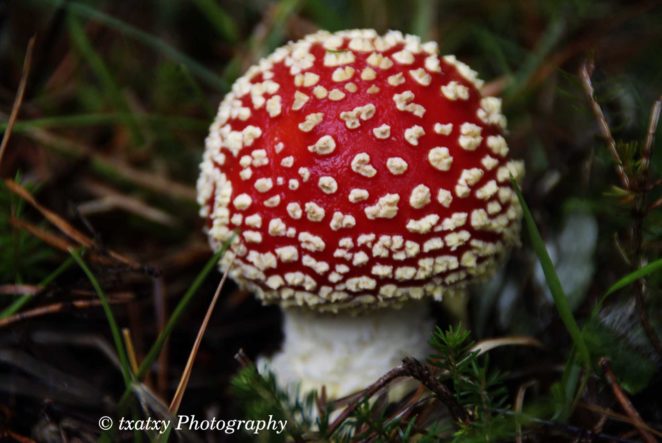 The unmistakable red mushroom with white warts seems to be the oldest visionary, already used by the people of Siberia 6 or 8 thousand years ago as evidenced by the fact that in several languages words similar are used both to say “drunkenness”. To call the fungus: panx, the oldest word to call this mushroom.

Photograph taken in the mounts of the Basque Country, Spain