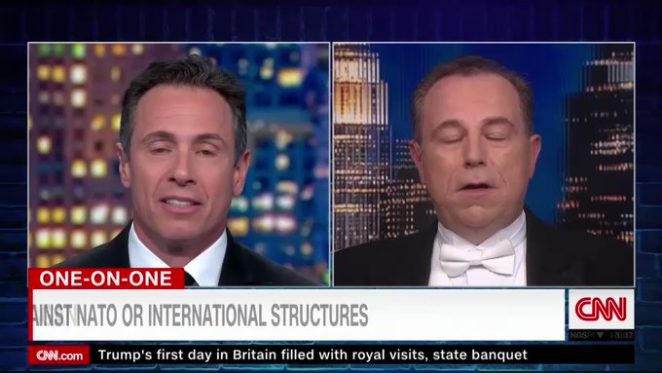 President Trump is a better communicator than even former Pres. Ronald Reagan, who was known as the "The Great Communicator," Trump friend Chris Ruddy tells @ChrisCuomo. https://t.co/PUmuaRiwyT pic.twitter.com/BWS0YBYETa

Chris Ruddy is the owner of Newsmax, a conservative TV channel in the USA.  Seeing that he owns a political TV station, one would think that he would have a greater sense about the history of United States politics.  However, he went on CNN and gave the world the worst political take in US history.

He really said that President Trump’s communication skills are better than former President Ronald Reagan.  Are you kidding me?  President Reagan convinced Russia to do away with communism.  President Trump cannot spell accomplishments.  You will not be able to find a worst political take than the one posted above.