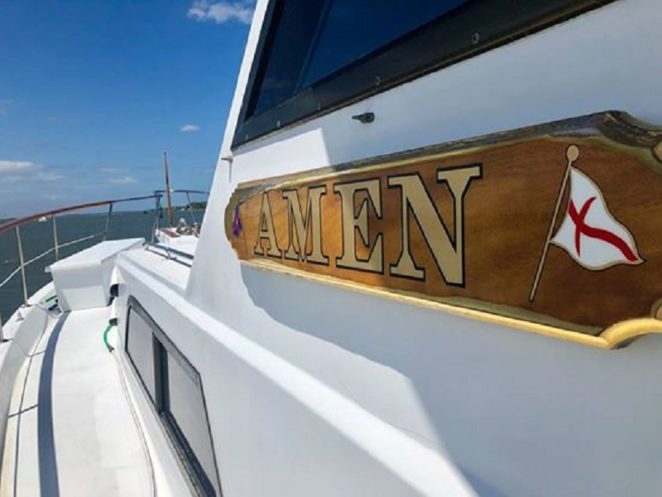 Heather Brown and Tyler Smith are very thankful that an incident that could have cost them their lives by swimming into the ocean away from Vilano Beach which is in the Jacksonville Florida region were rescued by a ship captain name Eric Martin who happened to be in the area when the incident happened.

Heather and Tyler decided to take a swim into the Atlantic Ocean for some fun swimming away from the beach to see how far they could swim into the ocean before deciding to return to the beach where they were having some rest and relaxation.

However, fate threw them a nasty curveball when the two teenagers realized that they bite off more than they could chew in terms of knowing their limitations of swimming in the ocean too far from the beach.

Heather and Tyler prayed to God that they needed to be rescued soon since their ability to return to the shore was exhausted.

God did answer their prayer when a boat captain named Eric Martin who owns a small boat named “Amen” just happened to be in the Jacksonville area when the two teens were in the Atlantic Ocean exhausted from their swimming adventure that went wrong.

Martin guided his ship to rescue the two teens and take them back to the shore safe and sound. Martin admitted that God told him to be in the region where the teenagers were swimming in the area since Eric does not normally travel in that area as well as any other small ship on that day.

I am sure that the two teenagers are thankful that Eric Martin was able to rescue them on that fateful day.