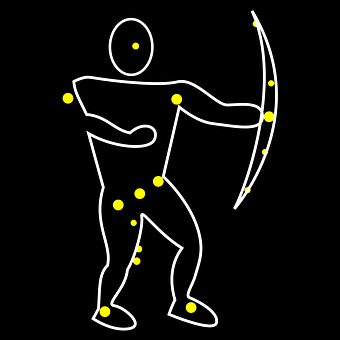 The Hero’s Journey is described by Joseph Campbell as a common theme in mythology, told throughout different cultures and ages, even until the present day. It can be found in stories such as Osiris, Horus and Set, all the way to Star Wars and the Lion King. It is all the same story.

The hero begins his journey into the unknown, gets help along the way, travels through the “underground” where he meets his nemesis, must defeat him, and then brings back wisdom to his people.

This story is told in the stars, with Orion and Draco. Every 25,920 years, Orion and Draco go though a cycle along with the Precession of the Equinoxes. The two constellations “seesaw” up and down, with Orion at it’s lowest point at the beginning of the Precession in Leo, and Draco, the Dragon, at it’s highest point. Orion slowly makes it’s way up to it’s highest point in the Age of Aquarius, and Draco at it’s lowest point. This is the story of the Hero’s Journey, told in the stars.

On a spiritual level, this is reflected in each of us. We must also face our nemesis, our inner dark side. We must make our own Hero’s Journey, defeat our lower nature, and come out the other side with our “boon”, our newly found wisdom.