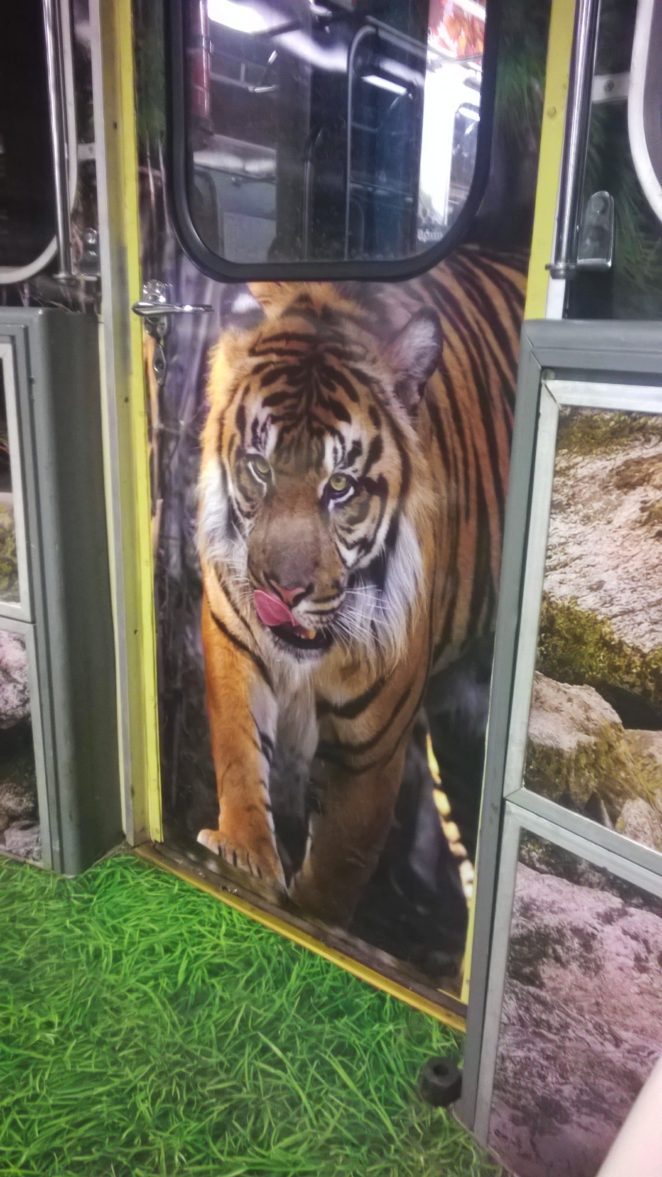 Tigers and leopards – what do they do in Moscow metro?

In Primorye 27 of September is celebrated as The Amur Tiger’s Day. And on this day in 2015 the themed train called “Striped Express” came out at Lyublinskaya line of the Moscow metro. This is the joint progect of the Russian Geographical Society,  The Amur Tiger Center, the ANO Far Eastern Leopards and the Moscow Metro. The aim of the project is to promote two endangered species – Amur Tiger and Far Eastern leopard. Both inhabit Primorye region of southeastern Russia. It is important to form careful attitude to these wild cats and their habitat.

The train interior is decorated with 3D pictures of flora and fauna of the Far East Taiga. Each cabin represents a specific season.

I had a chance to travel in this beautiful train several times – and to take some photos! 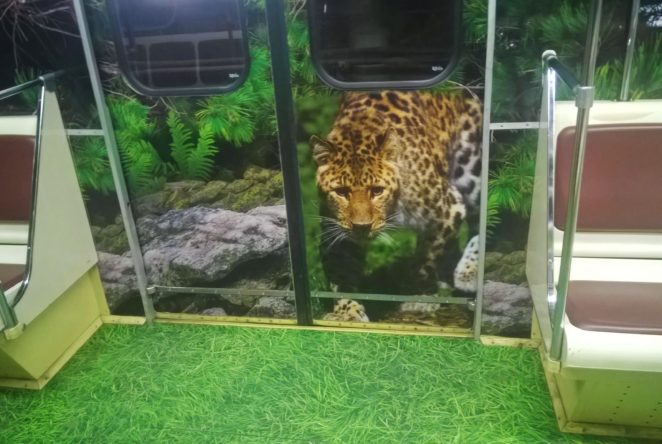 Amur leopard is also known as Far Eastern leopard. This is the rarest leopard subspecies in the world. The last remaining wild population includes 57 individuals, living in a small area in the Russian Province of Primorsky Krai. 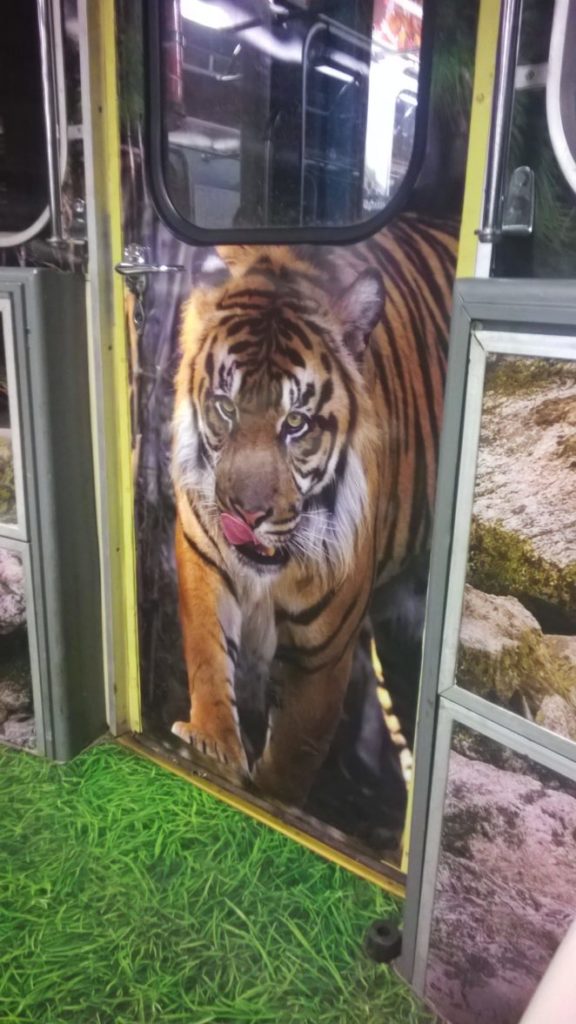 Amur or Siberian tiger is one of the biggest wild cats and the northernmost tiger in the world.

This big cat has on its belly 5 cm layer of fat that protects from cold winter winds and low temperatures. Short ears - another adaptation to life in the cold climate. 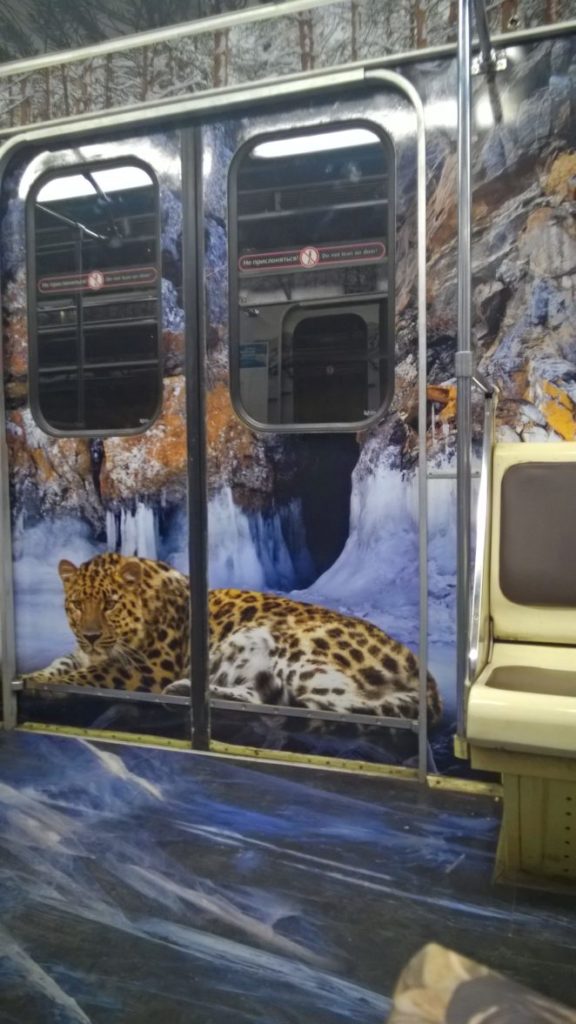 Both, tiger and leopard, differ from other subspecies by a thick coat of fur, protecting from winter cold. 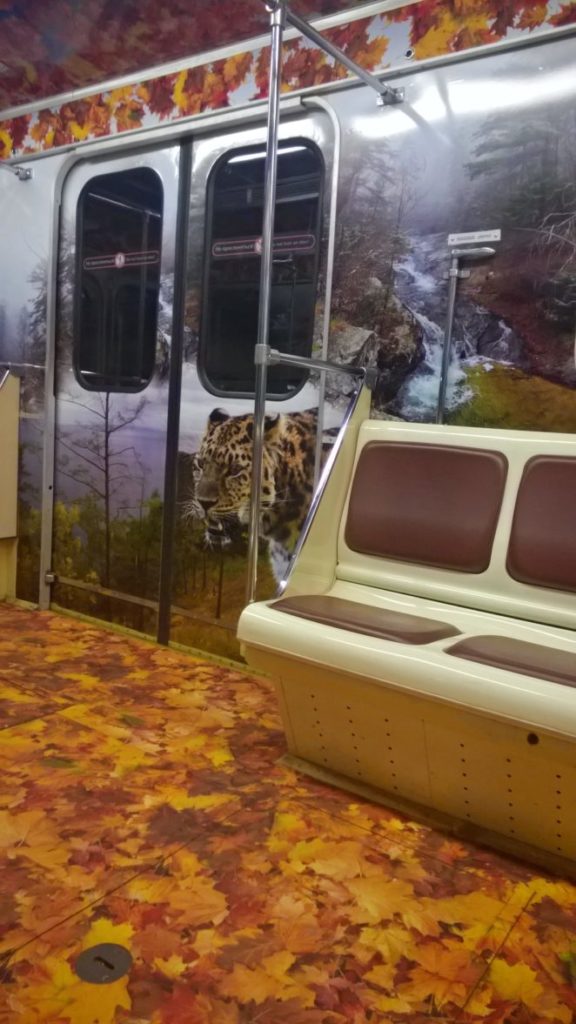 For me, the most beautiful and impressive carriage is the one that represents autumn season! I love these colorful leaves on the floor and ceiling, and the cats look awesome on this background! 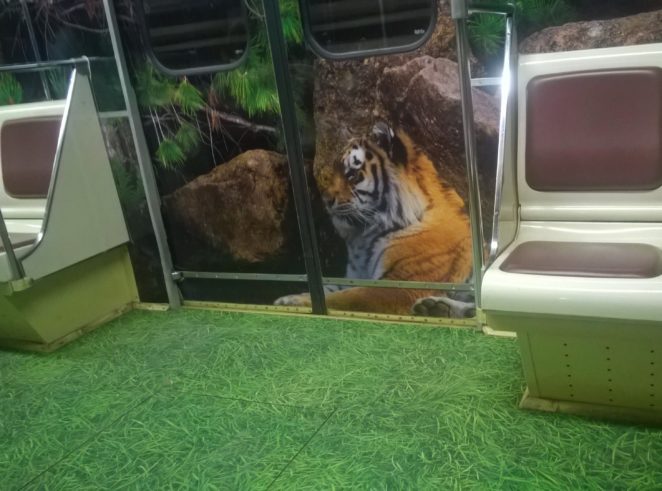 More pictures of this train.  And another great photo gallery