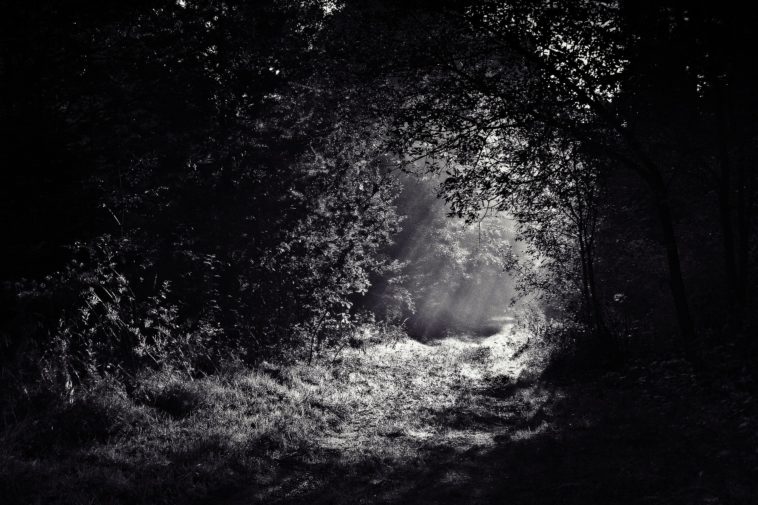 As my friend Wayne had found. This is his spine-chilling account of the strange events which had taken place 8 years ago, I thought to share it here with readers who like stories of the supernatural.

”One night, in 2009, I was traveling down the familiar old farm road to my parents’ house in the country. I had regrettably, not seen them for some time, having moved to another state, my mother phoned to say that dad was very ill and wanted the children there.

As I was reminiscing about my childhood, growing up here, some sort of road construction suddenly loomed up. I slowed down and saw that the company was busy parking off their equipment for the night.

Up ahead, there was a flashing detour sign, diverting traffic to a nearby dirt road. I was close to home and knew precisely where I was, having played here as a kid. I was a bit annoyed by this delay, as it was late and I was starting to feel the 15-hour long drive it had taken, getting there.

The newly graded stretch of road was pleasant to drive on. I recall glancing at the luminous dial of my wristwatch at that point; it was 11:35 pm. I had gone halfway down the 8 kilometers detour, when suddenly my car just shut off, the lights, engine, everything.

Being on a brand new dirt road, there were no lights around. Actually, I couldn’t see a thing and my flashlight was oddly missing from where I hade put it in the glove box before leaving. Fortunately, there was a full moon and millions of stars. As I stepped out of the car, I was thinking, that I had to try and find a farm somewhere.

I had gone about thirty steps, when I heard footsteps behind me, I turned slowly around but no one was there. Just as I turned around to continue walking, I saw something metallic glint in the moonlight, in front of me, it was a flashlight, my own flashlight! How the hell could it have gotten there, I thought! I felt a cold shiver running down my spine. As I switched it on, the beam fell on a nearby tree.

My Name Carved On A Tree!

There was something carved out on it. Leaning closer, I saw the word “Wayne”, it was my name! I was really starting to get uneasy and I guess I must have blacked out or something and found myself back in my car again. I couldn’t believe it, the engine was running and the headlights were on.

When I gazed at my watch; it was 2:30 am. I was scared out of my mind and drove as fast as I could to my parents’ house. When I got there, my sister and two brothers were already there and I just knew something was wrong! My dad, who had been sick for a few weeks, had died at precisely 11:35 pm.”