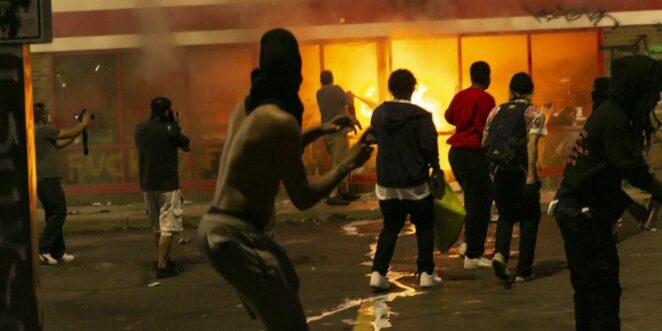 I truly don’t understand mob mentality. I believe it is 100% wrong that the officers involved in the death should have been arrested on the scene. That would have been the proper thing to do. The police department made a poor decision.

The looting and riot were not about the death of a citizen. It was simply lawless greed. Stealing a television in no way helps the family of the man who was killed. It doesn’t teach our children about justice. I am just as angry at those people who ruined the livelihood of others as the men who took the lives. The fires and lawlessness took the focus off of the officers and put the shame on lawless citizens.