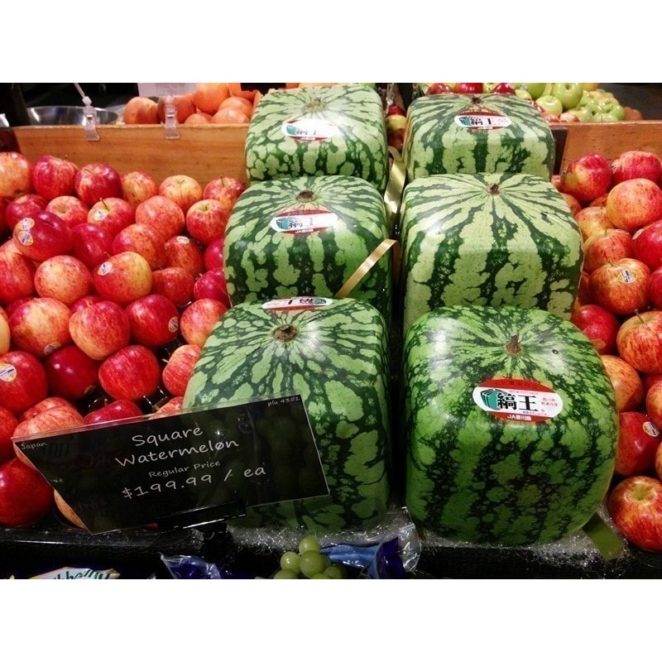 Cubic watermelon, Japan Since recently emerged on the world market cube of watermelon. They are cute, interesting, entertaining, attractive and of course more expensive than a traditional round watermelon. Cubic watermelons were first produced in Japan, where they instantly became a hit, but their popularity is growing rapidly across the globe. And the reason why Japan did come up with the idea to grow watermelon cube? Like everything else with this nation and this innovation was just another smart solution for better utilization of the capacity of Japanese small refrigerator in densely populated cities, such as, for example, Tokyo