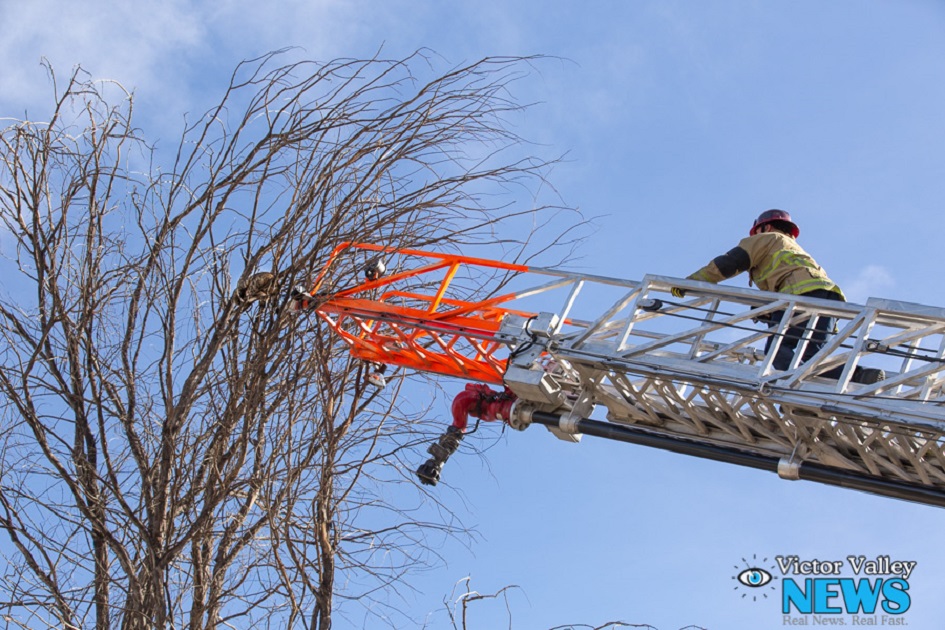 As I am sure when the first though runs through our minds when we think of what kind of work do firefighters around the world do for a living, the first thought is “Rescue people from burning buildings and put out fires.”

If there is one line of work that seldom gets discussed by the national news media since it is not “newsworthy” enough to draw ratings from the viewers to their programs on a nationwide basis, it is the work that firefighters do in rescuing cats that climb a tree to the point when the kitten looks down to the ground, the kitten realizes that it bit off more than they chew.

What makes this cat rescue unique since it happened on Saturday in Austin Texas, was that a small kitten climbed to a tall tree but the kitten realized again that the fear of heights was enough for the kitten to cry for help by meowing of course.

A concerned neighbor who lives near the Mueller development area of the state capital of Texas called the Austin Fire Department to report the problem that the kitten had trying to get back to the ground from a huge height.

Austin Firefighter Eric Barros had the pleasure of using his skills to rescue a kitten that was stuck on a tree.

The catch is that Barros did not use the crane that the firefighters use to rescue humans and animals alike. Eric used a simple ladder to climb up to rescue the kitten that was scared to attempt to come down the tree since when the kitten would hit the ground at such a huge height, the impact could seriously injure the kitten or in the worse case scenario, the kitten would be deceased to the landing on the solid groundd.

Thanks to the efforts of Firefighter Eric Barros, the kitten came back to the ground. The owner of the kitten was happy that his cat came back from his adventure climbing a tall tree safe and sound.

The bottom line is that using a simple ladder or a firefighter crane to rescue a cat from a tree gets the same results. A cat returning to his owner thanks to the efforts of firefighters doing their duty.