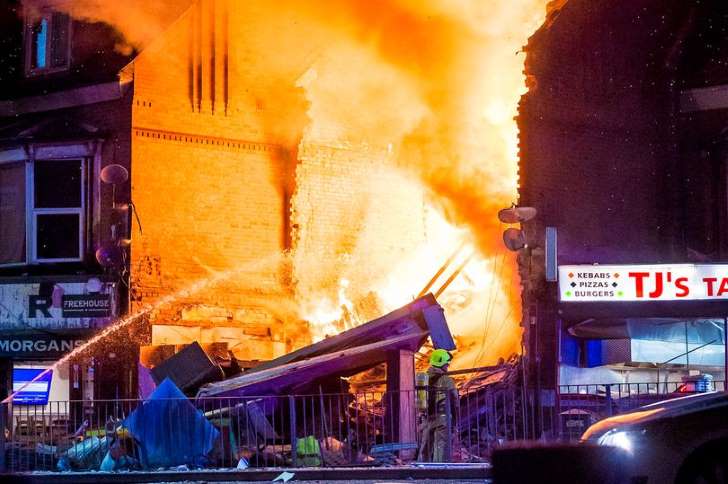 At first, the business went well. Jake and Melanie had been introduced by a mutual friend, some twenty years ago, and decided to go into partnership in both a personal and commercial sense. When the opportunity came along to rent a small shop in a row of similar premises on the edge of town they jumped at the chance and opened for business, as a general hardware store, shortly afterwards.

This was the 1960s, before out-of-town shopping centres had become the norm, and that made it perfectly possible for a small enterprise like theirs to succeed. This was also the time when DIY was becoming more popular, and there was therefore a local demand for basic tools and supplies for the average have-a-go plumber, carpenter and decorator.

But times moved on, and the profits began to decline over the years, particularly after B&Q opened up on a trading estate not far away.

Jake had a shock one day when an invoice arrived from a supplier that was for considerably more than he was expecting, and which could not be covered by the previous month’s takings. Melanie had not seen this invoice, and Jake hated the thought of admitting to her that the business was in trouble. He therefore decided to go to a man he knew and see if he could borrow the money to pay the invoice.

Jake realised that this was a slippery slope. He could not simply raise a loan every time a big bill arrived and hope to pay it off from future receipts, especially if the money coming over the counter was not enough to pay off the loans plus their steep interest charges. He needed another source of income.

Down in the basement of the shop was a small room that the partners had never used. The door to it was blocked off by piece of furniture, and they had both forgotten that it was there. Jake was down in the basement one day when he decided to move a few things around and he came across the door to the hidden room. Once he was inside the room he had his big idea.

It did not take long for him to assemble all he needed to start his new venture, namely a small distillery. From basic ingredients he found that he could produce a colourless spirit that had to be high in alcoholic content, something like poitin or American moonshine.

He told Melanie that he had decided to volunteer at a day centre on the other side of town, and that he would need to leave the shop in her capable hands at frequent intervals in order to carry out his voluntary work. This was perfectly OK as far as Melanie was concerned, and the shop rarely needed two people to run it these days, what with business being nothing like as brisk as it had been.

However, this was simply a ruse on Jake’s part to sneak down to the basement and work at the distillery, where he soon built up a substantial stock of his firewater.

Jake’s next problem was finding a market for his product. He thought that he might have a word with Murphy, who ran a small bar in the premises next door to his shop. He had to be careful how he broached the subject, but he need not have worried. Murphy had no problems at all with taking supplies of Jake’s product, of which a sample had been provided for Murphy to taste, in a small hip flask.

Murphy reckoned that he only needed to add some colouring to it in order to pass it off as whiskey. He had some bitters behind the bar that would do the trick, and was able to show Jake how this would work, by adding a dash to the hip flask, giving it a small shake, and pouring a small measure into a glass. It looked just like the real thing. Murphy explained that he would sell it to customers who had already had a drink or three and so would not notice the difference.

Not only that, but Murphy knew a few other possible customers for the stock that Jake was accumulating in his basement room. They sealed the deal. Jake was at last convinced that he could solve his financial problems and pay off his debts, with Melanie being none the wiser.

However, Melanie’s knowledge was increasing at the very time that Jake was doing business with Murphy. Two men walked into the shop and approached her. They asked to see Jake, and were told that he was not available.

“We’ll have to talk to you, then”, said one of the men. “Your partner owes us money, and we’re here to collect it. In cash.”

Of course she had not. She blurted out that she had just been to the bank to deposit all the cash that had been kept in the safe, so there was nothing she could do until tomorrow.

“We’ll be back tomorrow, then”, said the first man.

To say that Melanie was shocked was an understatement. She knew that business had not been good, but she had no idea that Jake had been borrowing from loan sharks to keep it afloat. She also knew that the bank account had nothing like 15,000 pounds in it.

In short, she panicked. She ran to the office at the back of the shop and grabbed hold of the box file that contained papers relating to the shop’s insurance policy. She breathed a sigh of relief when she saw that the policy was up to date and covered accidental fire damage including total loss of stock.

The shop contained plenty of inflammable items that could be spilled accidentally and set alight by a carelessly dropped cigarette, for example. She could definitely get away with it, and she had to do it now.

She loosened the cap of a large can of paint thinner which she allowed to fall from a high shelf, splashing all over the floor at the rear of the shop. Her story would be that she had been having a crafty smoke between serving customers and had rushed to the scene when she heard the crash, dropping the lit cigarette in the process. She had narrowly escaped the blaze as she rushed outside.

As a piece of quick thinking it was flawless.

However, what was not flawless was the state of the floorboards at the rear of the shop. Some of the spilled paint thinner found its way through the cracks into the room below, where the distillery was bubbling away. When the flames reached the stock of highly volatile moonshine the whole lot exploded, bringing down the building and blasting Melanie out into the street. She was badly injured but survived.

Of course, Jake and Murphy heard the explosion and were soon on the scene of devastation. Jake rushed over to Melanie to comfort her and wait until the ambulance arrived. When it did, he accompanied her to the hospital, with Jake wondering how on earth he would explain everything to her when she recovered.

The fire brigade was also quick to arrive and soon brought the flames under control, watched by a shocked crowd of local people.

Naturally, everyone wondered how on earth this tragedy could have happened, and all sorts of theories started circulating among the watchers.

These included Murphy, who had a better idea than most as to what might have caused it. He still had the hip flask in his hand, which he reckoned was the best clue of all.

He took another sip of “whiskey” as he stared into the flickering fire.