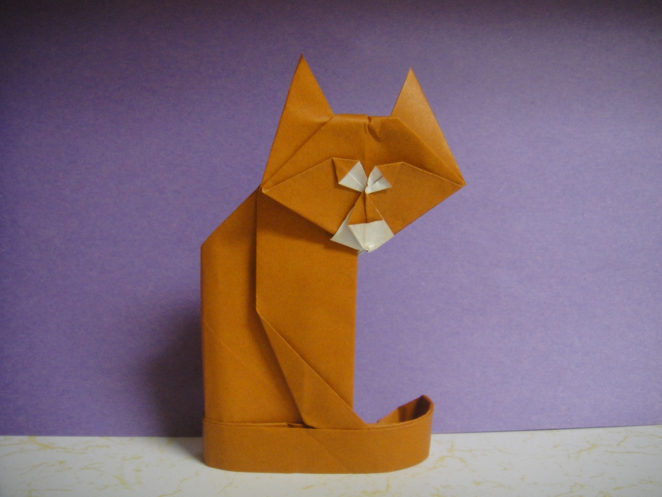 Simon’s interest in the martial arts of Japan began, and largely ended, when he was at school. Being small and weedy, but intellectually head and shoulders above most of his classmates, he was an obvious target for the bully boys and he regularly found himself having to exchange bruises for his pocket money or packet of sweets. Not surprisingly, he decided to do something about it.

A search of his local library took him to a section that covered the ancient arts of Japan, many of which involved self-defence. He wondered which would be most appropriate to his current situation.

Some of them looked like complete non-starters. He simply wasn’t built for sumo, and he didn’t see how he was going to get any of his tormentors to strip down to a body belt before grappling with him in a ring made from rice-straw bales.

Several of the arts involved weapons, notably swords and big sticks, and again Simon was not absolutely sure that the school rules allowed potentially lethal weapons to be taken onto the premises during school hours. He reckoned that, on balance, they probably did not.

That left unarmed combat, such as karate, judo and aikido. These looked promising, especially as they involved techniques for surprising an opponent and turning an aggressor’s attack upon himself so that he ended up as the loser.

There was only one drawback as far as Simon was concerned. That was that they all involved a certain degree of physical effort and, to be frank, Simon was at heart a lazy sod who would much prefer to spend his evenings playing computer games or reading a book than being trained in martial arts at the local gym, with all the jumping about that was bound to be involved.

That was why he was delighted to find a book on the same library shelf that covered origami. At first he imagined that this was yet another Japanese martial art, although he did not see how turning a square of paper into a model swan or elephant was going to be much use when he was confronted with the threatening behaviour of Jason Morrison during break. There was a page in the book on making waterbombs, but that was as far as it went.

However, this Japanese artform was much more to his liking than those that involved real physical effort. Before long he had made all the models in the book and his pocket money was then spent on buying all the books on origami that he could lay his hands on.

In a way, this also solved the bullying problem, because the bullies were only interested in petty theft and Simon without cash or sweets about his person was far less of a target than Simon with. Other victims were available for such attention.

For Simon, origami became an obsession that lasted him long after he had left school. His focus turned from making the models that were described in the books on his shelves to creating new designs and challenging himself to greater complexity in what could be produced from squares of paper.

He devised paper-folded models of just about every major member of the animal and bird kingdom and many minor ones. His attention to detail was such that he could produce a model of the black-bellied sandgrouse that was entirely distinguishable from that of the pin-tailed sandgrouse. He also had his paper squares printed in colour patterns that matched exactly the markings on his birds and animals when the paper was folded correctly.

He also became a paper sculptor of people, so that he could turn a single paper sheet into a perfect image of just about any celebrity or historical character one could name.

He did portraits. His clients sitting before him, his fingers would work their magic in double quick time and a three-dimensional model would appear in minutes, perfect in every detail.

Needless to say, his fame spread and he became able to command high prices for his work when Russian oligarchs, crowned heads and world leaders commissioned him for origami portrayals. Because he worked with such speed he was able to fulfil every request he received, flying across the world in his private jet at only a few days’ notice and flying back with a large cheque in his pocket, which was usually folded into a model three-toed sloth before being presented to the bank.

But did all this fame and fortune bring Simon true happiness? It is often the case that obsessive people are less adequate when it comes to personal relationships, and that was certainly the case with Simon. Women may have fallen at his feet and walked down the aisle with him, but these marriages, like his sheets of paper, soon folded.

It was while he was flying from Rome to Moscow, between commissions to make models of the Pope and Vladimir Putin, that he received the message that his fourth wife had left him for a paper recycling magnate. There and then he decided that he would give up having women in his life and buy a kitten instead.

So it was that he found himself sitting at a lonely breakfast table one morning with only the Times quick crossword and a young kitten for company. However, completing the crossword was made more difficult than usual thanks to the kitten deciding that she was much more worthy of attention than a silly newspaper crossword. Whenever he looked for a clue he found that a paw or a tail was just where he wanted to look, and when he tried to write in an answer the pen was knocked sideways as the kitten rubbed her face against it.

“OK”, Simon said. “Have it your way. I won’t do the crossword, I’ll make a model of you instead.”

So saying, he started to fold the newspaper into an image of the kitten, but that didn’t work either. Every time he picked up an edge of the paper the kitten either pounced on it or dived underneath it. Simon could do nothing. The kitten insisted on playing with the paper and Simon was rendered completely helpless. He had no choice but to give in and entertain the kitten.

It had taken him half a lifetime to master origami, but it only took the kitten a minute to master Simon.