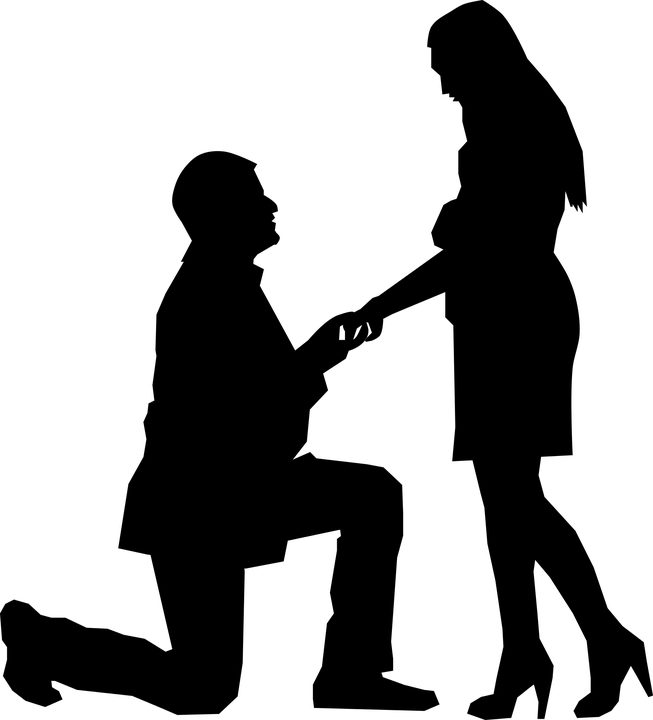 (Although this story is pure fiction, the letter itself is genuine apart from the fake address. And if anybody does know of a Harry Belafonte song sung by him in Italian, please let me know!))

Robert, aged 36, widowed with a six-year-old son, viewed his marriage proposal to Emma, a 34-year divorcée, rather differently than she did. He thought she was just what he was looking for and the fact that his proposal took place on only their first proper date, just a week after they had met at a speed-dating event – did not strike him as being in any way presumptuous. If they were made for each other, he reasoned, why not get on with it?

Emma, however, did think that he was pushing things a bit too quickly and refused to give him an answer. As she said:

“You don’t know me and I don’t know you. You seem OK to me, and I might fall for you in time, but three minutes at a speed date followed by a starter course at ASK Italian does not strike me as sufficient grounds for making an important decision like this. I’ve been stung once before by making a wrong choice and I’m not going to make another one if I can help it. We’re still only strangers to each other, and you don’t get considered and trustworthy answers from people you don’t know.”

“Are you sure about that?” he asked.

“You bet I am”, she said, then went silent for a minute or so, which coincided with the arrival of their main courses.

After a few mouthfuls she said: “You proposed to me and I’ve got a proposal for you. If you can prove to me that perfect strangers give proper answers to real questions, then the stranger you are now looking at will give you a considered answer to your proposal.”

“And what will count as proof in your eyes, then?”

She thought about this for a few minutes. In the background the piped music changed from Mantovani to Harry Belafonte. Robert’s mind wandered into wondering why an Italian restaurant would play music by a Jamaican-American. Maybe they thought that the name Belafonte was Italian? It was possible. Did Harry Belafonte ever sing in Italian? Now there was a thought, but how would he ever find out?

The train of thought hit the buffers as Emma spoke again.

“Do you ever watch Pointless?” she asked.

“You know that all their questions are asked of a hundred people, and the scores for the various answers on the show are the number out of that hundred that get them right?”

“Let’s suppose,” Emma said, “that you wrote a letter – the same in every case – to a hundred people who were perfect strangers, and in that letter you asked a single question. Now, I’m not interested in what the answers are, because I simply want to know how many out of the hundred will reply to you. I’ll make it easier for you by paying for the postage, and I’ll even double that by letting you include a reply-paid envelope.”

“So you don’t think I’ll get many replies, then?”

“No, I don’t, because very few strangers give answers to someone’s questions unless they’re asking the time or the way to the railway station. If you don’t agree, here’s a way to prove me wrong.”

“Why can’t I use email or text rather than letters?” Robert asked. “It’d be cheaper.”

“Because I want to see the proof in black-and-white, on paper. I don’t want you cheating on me – I don’t know you well enough yet, remember.”

“What question should I ask, and how should I find my strangers?”

“That’s up to you. But you must make it an interesting question that the strangers will have to give some thought to – I suggest you avoid ‘Will you marry me?’ – and also one that leads to more than a yes/no answer. As for the strangers, make them ordinary people you can discover on the Internet.

“And”, she added as an afterthought, “If 50% of your letters get a sensible response, I’ll concede that you’ve made your point and you can propose to me again. If not …”

“And will your answer be what I want to hear?” Robert asked.

“Don’t push your luck”, Emma said. “That’ll be for me to know and you to find out, if you ever get the chance – and you know what I think about that.”

So that was how they left it. They finished their meal and went their separate ways.

The next day Robert got to work on the challenge that Emma had set. It struck him that this was a modern-day version of the quests that princesses in fairy stories set their suitors – they would give their hand in marriage to the knight who slew most dragons. He remembered borrowing story books from the local library to read to his young son Matthew, but the lad was not all that keen on princesses and dragons – were any kids these days?

But – not for the first time – a train of thought had given Robert an idea as to how he might proceed. Librarians were used to answering questions, and something a bit out of the ordinary might get them interested enough to send a reply. Also, if the enquiry appeared to come from a youngster, might that not be an extra incentive?

Robert looked up the addresses of a hundred libraries, spread across the country. He concentrated on smaller public libraries, because they might not be as busy as big city ones and therefore have time to answer an enquiry of this kind.

As for the question, the one that had struck him in the restaurant, regarding Harry Belafonte, sounded just the sort of thing that might work. He phrased it thus:

Can you tell me which songs Harry Belafonte sings in Italian.

He then bribed Matthew with double pocket money to copy the letter in his obviously childish handwriting, made 100 copies of the copy, then got busy with the envelopes.

All he had to do then was wait.

Did the tactic work? Did Emma relent and eventually say yes?

Well, a disappointing 20% response rather proved her point, but maybe Robert’s persistence revealed qualities that Emma did not find entirely off-putting. Let’s just say that Matthew is very happy with his new step-mother.

And none of the librarians could find any evidence that Harry Belafonte has ever sung in Italian.