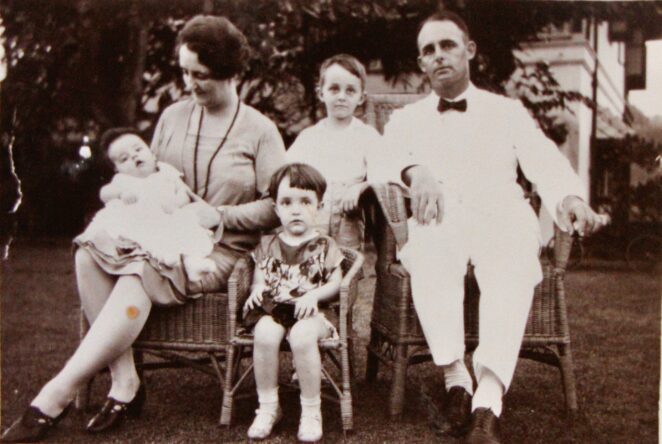 The thumbnail is of Mums family. Mum was born in China, my Grand dad was a Brittish Cable & Wireless Manager for the Eastern Extension and they stayed in an Oriental place for 3 years. They grew up in a British or European compound that was walled off from anyone else.

Everyday in her life, Mum saw someone dying of starvation on the streets while she was being taken to school in a Rickshaw by a man who was Chinese. This was before the communists took over China. Life was very cheap, any where in the Orient. Some Oriental people are really great and consider myself fortunate for them also to be my friends.. Not all are the same.

I learned that millions of Armenians were killed by some people in the beginning of the 20th century. Not long after that Adolf Hitler murdered 6 million Jews , but many dictators have murdered more that he did.

I will never excuse the murder of the Black man while a white policeman knelt on his neck. However, just in case you go on this acceptable protest, know that when you protest the same treatment may rebound on the white population of this earth whether they were cruel to Black people or not.

Skin colour is not a crime.

Attitude can be. It is everyones choice..Hate is worse than all. Love is our greatest gift.

In my opinion we all matter, and no different type of race, or type of person dependant on that what separates people from each other ..we all matter.

We are all human, and if we are cut, we all bleed the same colour of blood.

Racism, sadly, even exists in New Zealand but it is private, not public. We have no evidence of segregation but we see it, when some don’t get employed in certain jobs or professions because they are Maori or White or Polynesian. You get even Maori tribe fighting with another Maori tribe..or Polynesian against Maori or another type of Polynesian. You get it in business or in all walks of life.

The crux of it is people being judgemental because of ignorance, preconception and predudice and pride. Lack of communication, all sorts of factors, even revenge. Most people look the other way when bad things happen to others, and evil happens when good people do nothing.

In many countries these people did that to us therefore we will do that..Tit for tat..It goes on and on for centuries. This needs to end, except rewarding people for kindness with other acts of kindness ..

What makes people stand out as great. It is not your skin colour or how wealthy in money you are or how much you own. Love, compassion, mercy, kindness, and patience really is a virtue. Let your light shine.

As Nelson Mandela said, “There is nothing good about the diminishing of another human being, but if you let your light shine. You will give others permission to do the same”…