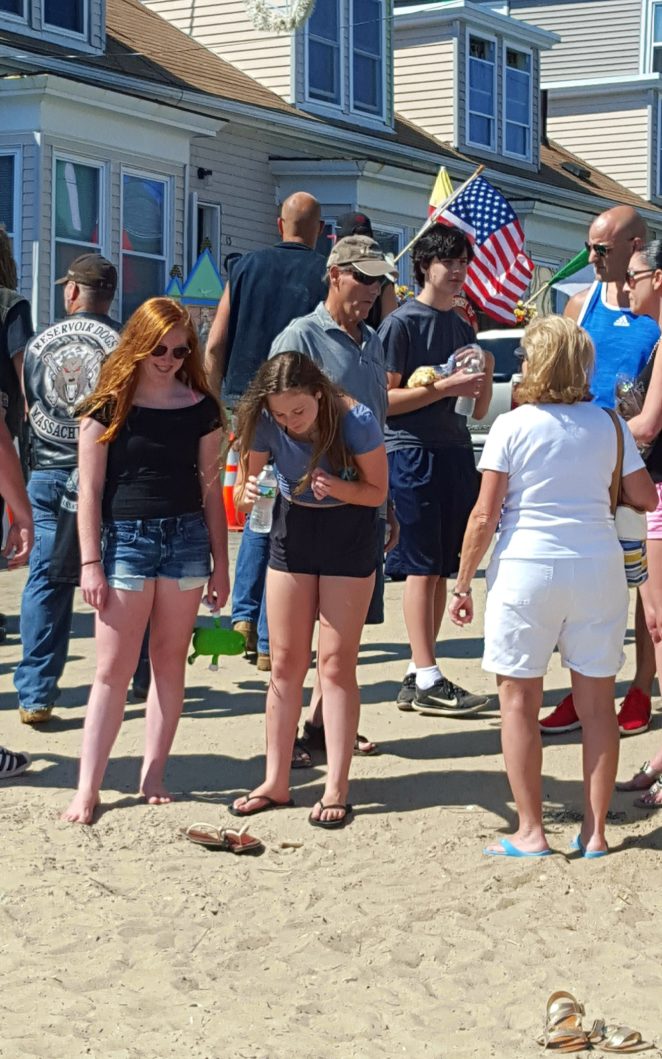 In Gloucester the last week of June every fishing boat in town came into port and tied up for St.Peter’s Fiesta. I had grown up with this tradition and remembered our annual visits to St.Peter’s Square and the carnival excitement that many folks said was the very life of my hometown. You’d see old relatives and friends, listen to music from Italy, eat Cherrystones or Quahogs with lemon slices and bask in Italian pride.

Every year on the last Sunday in June the archbishop would bless the fishing fleet and a great procession would wind through town….the St.Peter’s Parade. My dad would cook a giant pasta meal and family would get tog…ether to eat and watch the parade. In June of 1981 I was looking forward to the Fiesta after what had been a busy month. I was organizing support for legislation to divest Massachusetts employee pension funds from corporations doing business in South Africa.

On June 13th I returned  from a conference at the United Nations feeling energized & optimistic about our efforts to get a divestment bill passed by the Massachusetts Legislature. The last weekend of June was pretty quiet on that front so I was looking forward to the St. Peter’s.

Lee Ferris, a friend & fellow activist with Mass Divest, had listened with interest when I told her about the Fiesta the previous week. I invited her to come have lunch with my family & attend the parade. When she arrived my dad greeted her with his best Pat Cooper impression “What part of Italy does your family come from?” he asked. I had given Lee the heads up and she played along…we all had a great laugh then gathered for lunch. My dad continued in character, as the patriarch “Mangia! Mangia! Give the house a good name!” he said. “Don’t worry I will!” Lee replied.

After an awesome meal we went out side to watch the parade which soon passed in front of our house. This we followed by going to the carnival in Saint Peter’s Square & the traditional greasy pole & Seine boat competitions. It was a great  day to feel good about who we were and where we were from.