perception management is really very important. obsession , uni focal direction and perceptive errors lead to faulty judgement in life. today i would like narrate to incidents with different perceptions having no role of human manipulating it .These were simply between me/ my friends and nature.To be precise between us and moon. perhaps we are used to see the beauty of moon so cannot conceive that it can deceive  too. 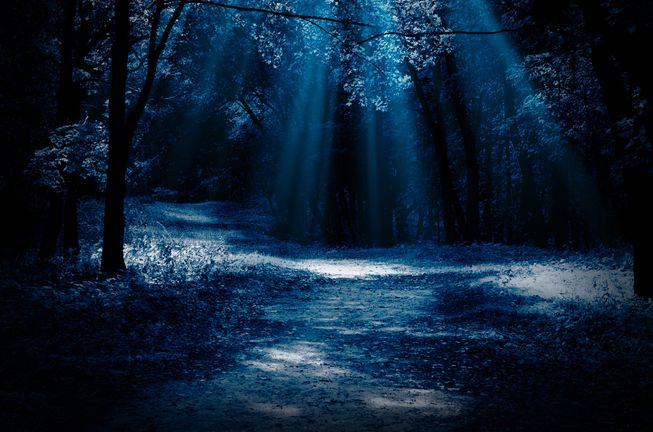 it was one cold night of winters  in mid nineties. me and my friends were over looking a valley in high mountains to watch for any intrusion from other side of the border.it was cold and windy light less  night and we had to rely on sounds to feel any unusual activity.In midnight after some time beautiful moon starting coming up and gigantic shadows of mountains started leaping forward into the valley. One of my friend all of sudden ,spotted a torch light deep in the valley. We immediately responded to the unusual movement and it also attracted response from other side of the border too.It continued till morning till day dawned and moon disappeared.the light i mentioned  kept coming closer to us in the process .Am sure the phenomenon was not visible from other side ,in morning while we inspected the scene, it revealed that there was no foot print of any human or animal it wast the reflection of beautiful moon on a turning point of stream, which looked like a torch emitting light.The whole night we remained awake and engaged due to speculations .

similarly, in another night we were sitting in a deep gorge looking up in the forest  along the lay of a ridge for any movement, the ridge was full of dense trees.The place where we were sitting had many stories attached to it including evil spirits etc. in midnight one of our friend reported two shining eyes either of unknown animal or the  evil spirit. it would appear, dis appear and reappear.it continued for some time and disappeared .In our discussions most advocated it to be some evil spirit looking at us and since we were awake so it went away without harming us.I kept thinking of this till i reached a conclusion that it was moon rays which filtered  through leaves of trees and wind would make it appear and disappear by bringing in and out the leaves between us and moon.Moon deceived us again.

Now as a distant person, when i think of these two different incidents i conclude that it was wrong perception which did not allow us to look at it objectively. we  wanted to observe movement we found one, and in second incident we were more eager to see evil spirits so saw them too.

correct perception is of utmost important in life.It gives us a lesson that this life is too short to understand nature also. Accept errors of judgement and be flexible.

However it still remains to be answered that whether

First judgement is always wrong? We need to get ourselves distanced from things and rethink to be accurate? and the beauties always deceive?