Few crazy people spend thousands of dollars to look different than others and change their face as well as complete look of body as well, but a Colombian man wishes that his whole face looks like a human skull and for that he has also made a very expensive and dangerous operation.

The name of this Colombian man is Mr Eric, but he is famous by Kalaka skull name, He is specialists of tattooing on the body and the liked human skulls from childhood.Shortly after his mother’s death, he started changing his face. 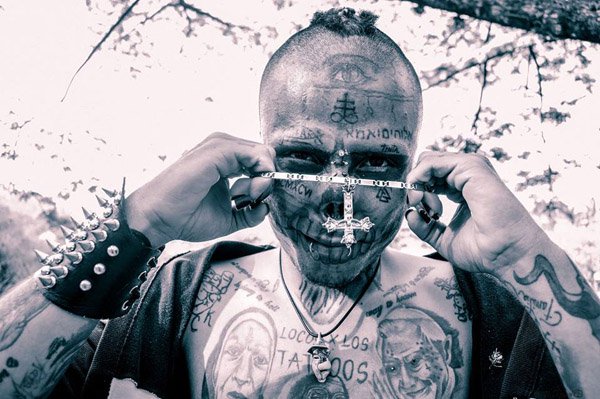 The first Kalaca cut half of its nose, because skulls do not have full nose. In the next phase, the ear was to turn off and he cut ears for it and it seems that his ears have disappeared.