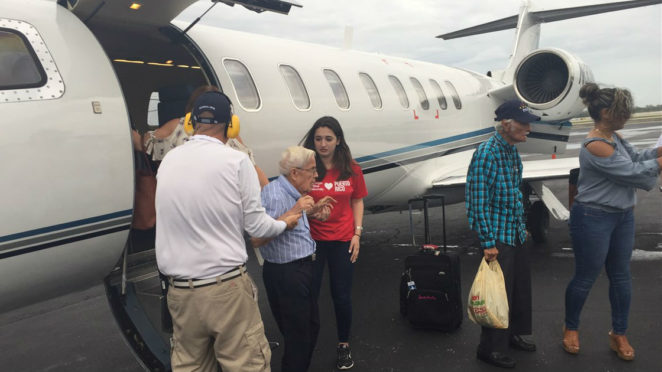 Rosana Guernica who is a junior at Carnegie Mellon University in Pittsburgh Pennsylvania is doing her part to assist the victims of Hurricane Maria which did severe damage to the island of Puerto Rico.

Guernica, 22, used her skills to crowdfund over $82,000 dollars through the website YouCaring was able to solicit funds to assist her countrymen who needed the help due to effects of Hurricane Maria who did severe damage to the nation of her birth.

Guernica used $20,000 from the donations to purchase an airplane to distribute more than 1,000 pounds of supplies to the victims of Hurricane Maria 12 days ago. Six helped six evacuees leave Puerto Rico to the U. S.

Guernica returned to Puerto Rico this past Saturday with over 2,000 pounds of supplies to the victims of Hurricane Maria along with a handful of volunteers.

Guernica is doing what she can to help her fellow countrymen who are in desperate need of basic supplies as an act of kindness from her heart without asking for rewards from the people she is serving.

It is nice to know that there some people like Rosana who use their gifts to help people in need during a national tragic event in her native Puerto Rico. She is truly an angel to her people.