Washington: US little Citizen, selling a chocolate to help President Trump to build the wall on Mexican boarder and collected a sum good amount to prevent illegal immigration.

The 7-year-old child Benton Steven resident of Taxas has started a strategic struggle to make America great again with the US President Donald Trump.

Benton is famous by little Hitler’s father told, that after his child heard the State of the Union speech, he decided to collect fund for the construction of a wall on the Mexican border. Foreign news agency says child’s parents belong to Republican America’s ruling party, who insisted his son to take interest in politics.

The child father believe that Benton has come to politics because of watching political programs on television and listening to parents during dinner. The child mother Jennifer’s said, “I think it is important for us to know that our children should know that what is happening in the world and where we are standing. 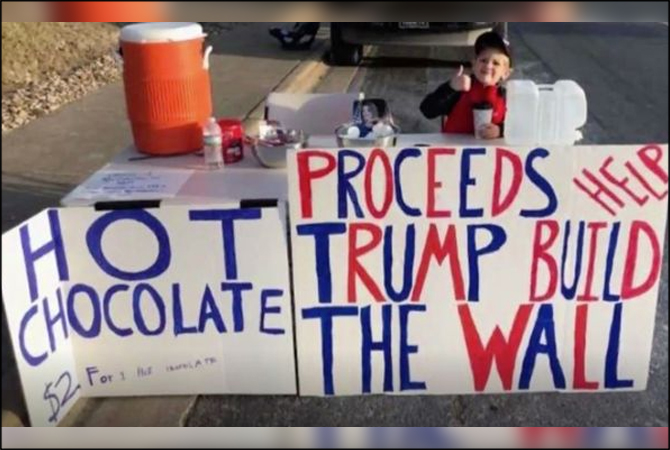 The foreign news agency says Benton has collected $ 5,000 for the construction of Mexico wall in just two days. Benton said some people are crazy who are calling me a little Hitler and some people are really happy with my work. The Beton said that under this default plan, chocolate sales will be sent to President Trump to build wall to prevent illegal immigrants.