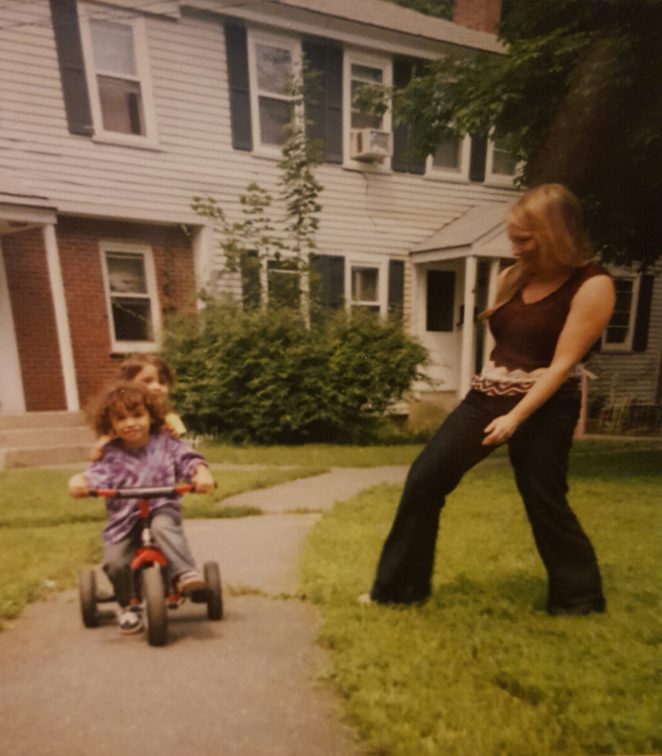 When my son Viterbo was 14 months old his pediatrician gave him a flu shot. A couple of days later he got sick, and forgot how to talk. He went from speaking a dozen words in English and Spanish to saying one syllable , “baa”  for everything he was trying to say. Our pediatrician  advised us to get a hearing test for him but our insurance company said we should  first have him evaluated by the Cape Ann Early Intervention Team. They did an assessment and determined he had a Pervasive  Developmental Disorder, a form of autism.

He started to get treatment from the Early Intervention Team but we felt he needed more, and got him regular speech therapy  from Beverly Hospital  and Applied Behavioral Analysis (ABA) Therapy from Educational Consultants of New England. His first ABA therapist was Alaina -she was incredible, motivating and encouraging Viterbo. He progressed rapidly and Alaina became a lifelong family friend.

We attended her college graduation, her wedding & visited her in the hospital after she had her baby son Caleb. When Kathy was hospitalized with a severe lupus flare up Alaina took care of Viterbo and Violeta on weekends so that I could  be with Kathy during those crucial days in the ICU. She has remained one of our best & most trusted friends, someone I would take a bullet for. Usually  Alaina is one of the most cheerful  people I know,  but something tragic happened 5 years ago that she still  carries with her.

Alaina had a friend & former classmate named Vicky Soto.Vicky had become a kindergarten  teacher and was planning to get married. She asked Alaina to be one of her bridesmaids. Alaina was thrilled and eagerly looking forward to attending her friend’s wedding. Sadly, Vicky didn’t  live to see her wedding day. On December 14, 2012 Vicky was killed trying to protect the children in her kindergarten class at Sandy Hook Elementary  School. Adam Lanza, a mentally unstable man with a gun shattered her dreams killing her, 20 kids, and 5 other adults before taking his own life. Alaina was devasted & she carries that sadness with her to this day. It would be painful enough to go through an incident like losing a friend or loved one in an event like Sandy Hook. What has made that anguish worse for Alaina  ( and a thousand times worse for Vicky’s family & fiancee) is the emergence of a strange and sick group of people that call themselves “truthers”. They insist that the shooting was an elaborate staged hoax, a plot by the Obama administration to justify seizing guns from people.

One of these so called “truthers” was arrested after stalking  and harassing Vicky’s family, calling them “fakers” and distributing leaflets saying Vicky”s death was staged. It confounds me that people can be that depraved to torment a grieving family but apparently  in America today guns are a sacred cow that commands the worship of some pathetic  cults. The “Sandy Hook Truthers” are just the latest  to serve as surrogate puppets for the National Rifle Association’s twisted political agenda.