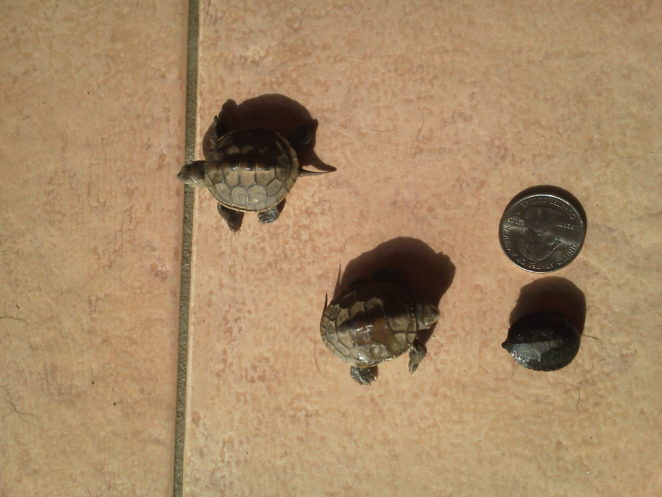 While working on tilling the garden one warm spring morning, my sons spent their time collecting worms from around the compost piles and flowerbeds for a pond fishing trip later in the day. One after the other they would bring me baby turtles they seemed to find everywhere, even crawling up into the garage.

They came across three species, all seemingly hatched out that morning. They found Common Snapping turtles, Diamondback terrapins, and Painted turtles. Over a dozen were found and carefully released.

(Note; turtles can carry salmonella, so hand washing after handling them a must). This ended up being hours of unplanned entertainment for us all, watching them bumble about, reacting to us, and each other, while checking out the world that was so new to them.