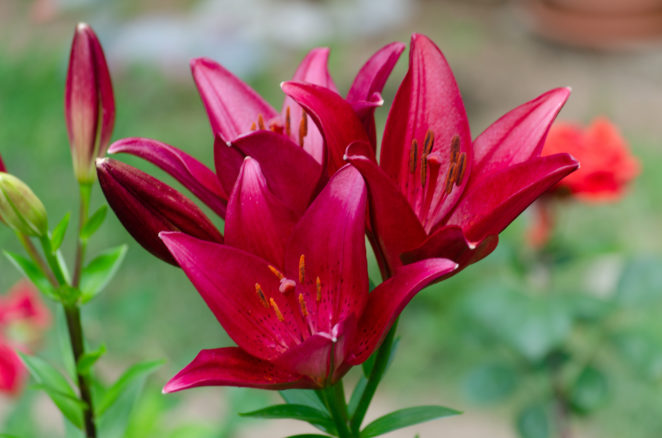 Known more than 100 species of wild lilium are found in nature in the countries of the northern hemisphere temperate and subtropical climate – Europe, Asia and North America.

Until the XIX century in Europe is imported many wild exotic flowers from around the world. Including wild lilium. They arrived mainly from the Far East, China and Japan.

Their colors began to dislike the specialists. And at the beginning of the 20th century began the creation of new species with larger and more varied colors.

At that time, in 1903, a unique wildlife lily was discovered in Chinese Tibet. Among all the wildlife he was huge – 150 centimeters tall.

Its color was unseen until then: 15 cm long, snowy white with a yellow throat, outside with a slightly pink hue, and a color as narrow as a pipe that is finally expanding.