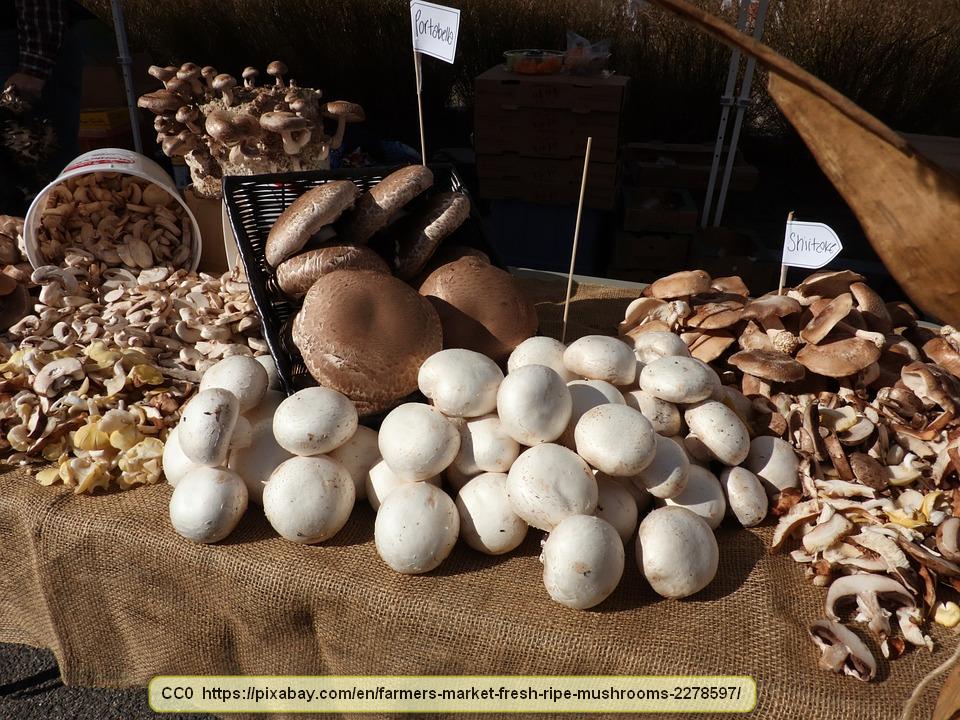 Mushrooms are great to cook with and lots of people buy them in stores. The two most commonly purchased mushrooms, worldwide, are button/white/crimini/portobello mushrooms and oyster mushrooms. Most people don’t realize that it isn’t at all hard to grow mushrooms in and near your home.

The method listed here is for growing the mushrooms without buying a kit.

Having an appropriate growing container gives higher mushroom yields. I use a plastic storage bin that measures 2 feet x 3 feet x 9 inches to 1 foot deep. Other containers will work, this is just what I use.

This gives plenty of room and depth for the mushrooms to grow. Drill several holes in the lid with a 1/8 inch drill bit to let air into the container, which mushrooms need to grow. 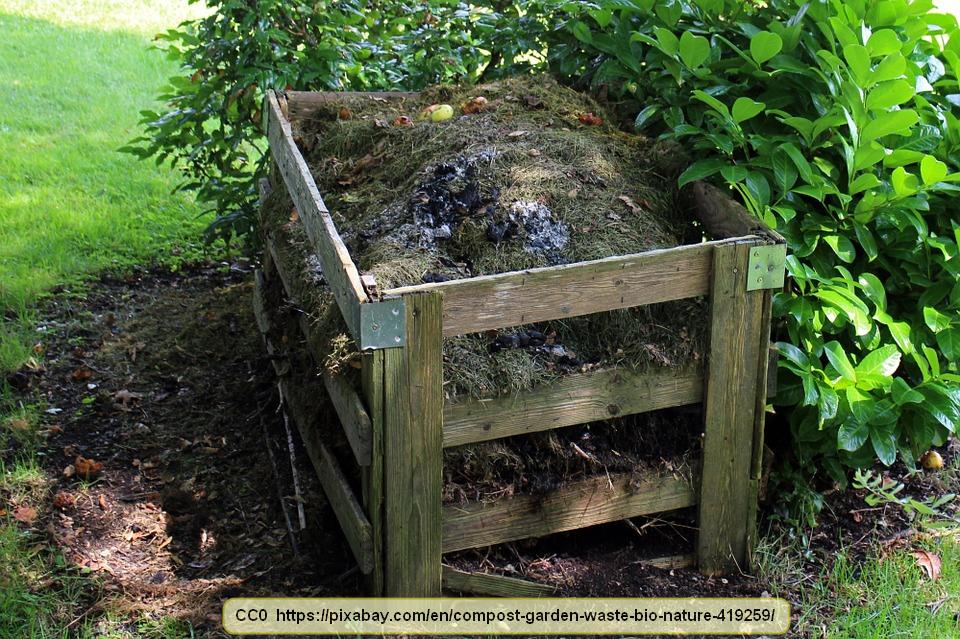 Button mushrooms grow best in a rich substrate. However, you don’t need to purchase special mushroom substrate. You can mix your own by combining one part potting soil with one part rotted manure or finished compost.

Mix it thoroughly and dampen it. It should then be sterilized to remove bacteria and pests. Not doing this can lower the harvest, though not enormously since you will be using spores rather than a culture.

Note: It takes a longer to use spores, but it is a more natural process.

To sterilize the growing mixture, heat the damp mixture in a slow oven (200 F) for about an hour or in a microwave oven for about three minutes. If you use a microwave, it will work best if you sterilize the substrate in batches.

After sterilization, allow the mixture to cool to room temperature, then add enough water to slightly dampen the soil.

You will need enough substrate to fill the container to about six inches. At this point, the soil doesn’t need to be pressed down.

The button mushrooms you use for the next step can be purchased from the produce department in a store. You can also ask if they have any old or broken mushrooms that they can let you have. Often, they will give them to you since they can’t be sold.

A quarter of a pound to a half-pound should be plenty. 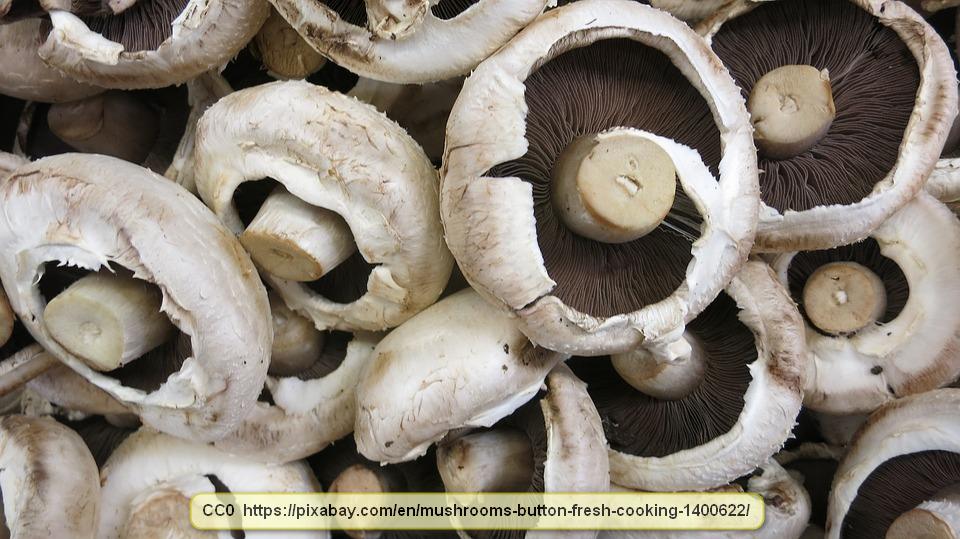 There are multiple ways you can collect the spores from button mushrooms for use, without purchasing a mushroom culture.

For clarity,  culture is simply material that has been inoculated with growing mycelium. Mycelium are the tiny root-like part of the mushroom from which the fruiting body grows. Growing your own mushrooms from spores will produce mycelium, but you won’t need to specifically purchase any. This can cut the cost hugely.

One way to collect the spores is to put the mushroom caps on some waxed paper, gill side down, and let them sit for a day or to. Carefully lifting the cap should show the dark spores that have fallen to the waxed paper.

Spores are tiny; about the size of dust, so this method of getting the spores to use for the medium is difficult.

An easier method of preparing the spores for use is to make a slurry. To do this, put one pint of water (two cups) into a blender. The water should be at room temperature. If you are using tap water, let it sit for a day to allow the chlorine to evaporate.

Add 1/2 cup of unsulfured molasses. This will give the spores a food burst when they begin to grow.

Add the button mushrooms and blend for a minute or two. It does no harm if it blends longer. A half-pound of mushrooms should give you plenty of spore-rich slurry.

Carefully pour the slurry over the mushroom substrate in a back and forth way so the slurry is over as much of the growth medium as possible. If it is poured in one spot, it will take much longer for the mushrooms to grow. 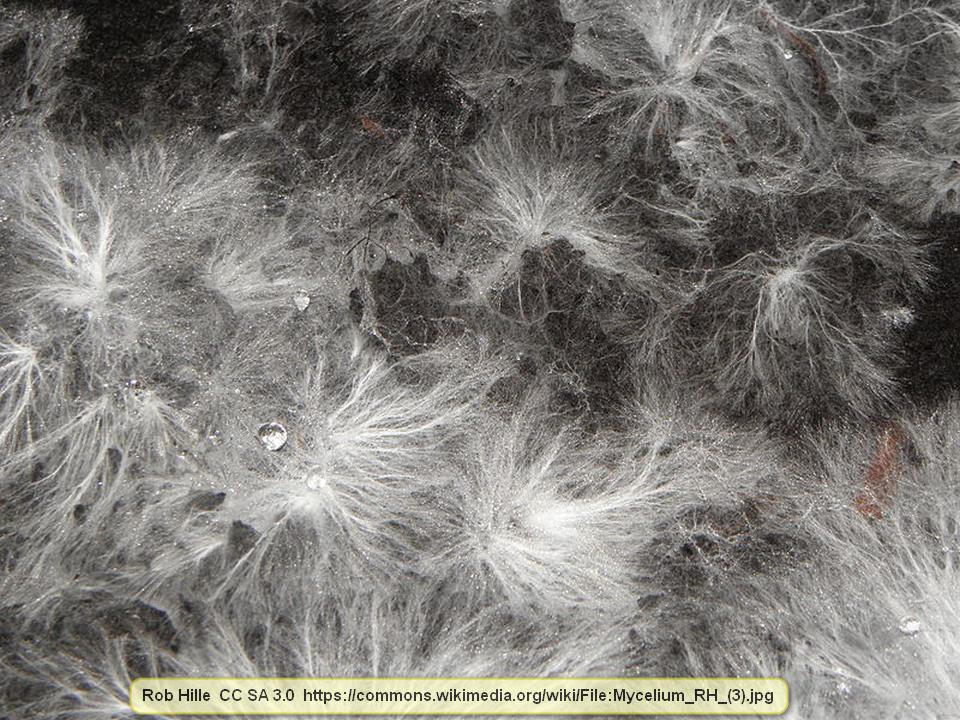 Cover the container and put it in a dark place. It can even be put under the sink. Try to maintain a temperature of 65 F to 75F, though.

Keep the substrate moist by using a spray bottle to spray mist over the soil once or twice a day, as needed. Don’t use a stream or pour water on the substrate because as the mycelium begins to grow, it will be very delicate.

It usually takes 2-3 weeks for the mycelium to be strong and healthy. You will know when this happens because the surface of the substrate will seem to have very fine white hairs growing on it. This almost looks like mold, but it is the mycelium.

At this point, the container can be moved out of the dark and into a place that gets indirect sunlight. In the wild, button mushrooms grow in partly shady areas, so the idea is to duplicate this as much as possible.

Keep this layer damp, using your spray bottle. Within two weeks, you should see tiny fruiting bodies…what we buy as mushrooms…beginning to grow. Continue to water them daily until they grow to about the size of large marbles or golf balls. They can then be harvested or grown larger if you wish.

Keep the soil moist but not wet. The mycelium stops growing and may die if the soil dries out. However, if the soil is allowed to get soggy, the mycelium can drown.

If you have a finished compost pile that is in a semi-shady location, you can pour the slurry on the compost. The mushrooms eventually grow in that spot and the mycelium will help make the compost more valuable.

Whether you use compost or manure, this material needs to be well-rotted. Otherwise, it will be too hot for the mushrooms. Rotted manure is also better than compost for button mushrooms.

It doesn’t hurt to prepare a batch of the slurry and to add it to the container a week after you initially inoculate the soil. Any number of things can keep the mycelium from forming well and by adding the slurry a second or even a third time, you increase the chance of a healthy crop of mushrooms.

Properly done and tended, home-grown button mushrooms should produce for 2-7 months. It is actually harder to explain than it is to grow your own. This is a great way to save money if you buy mushrooms.

In fact, once the soil in the container is completely spent, it is superb for use with houseplants, too. This is another way that people can get a little farther off the grid and it is great for survivalists.