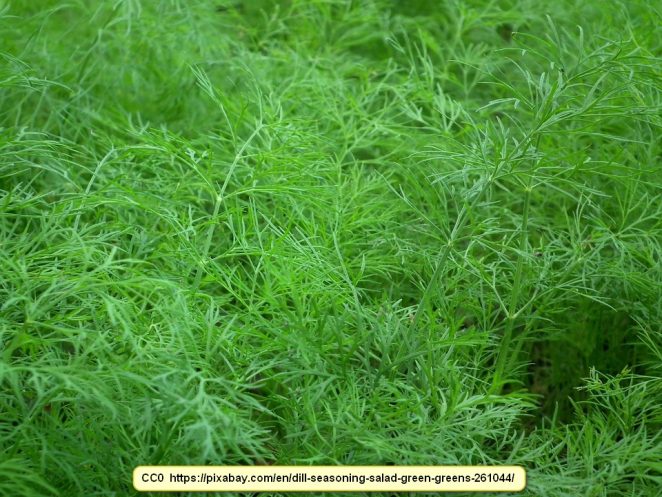 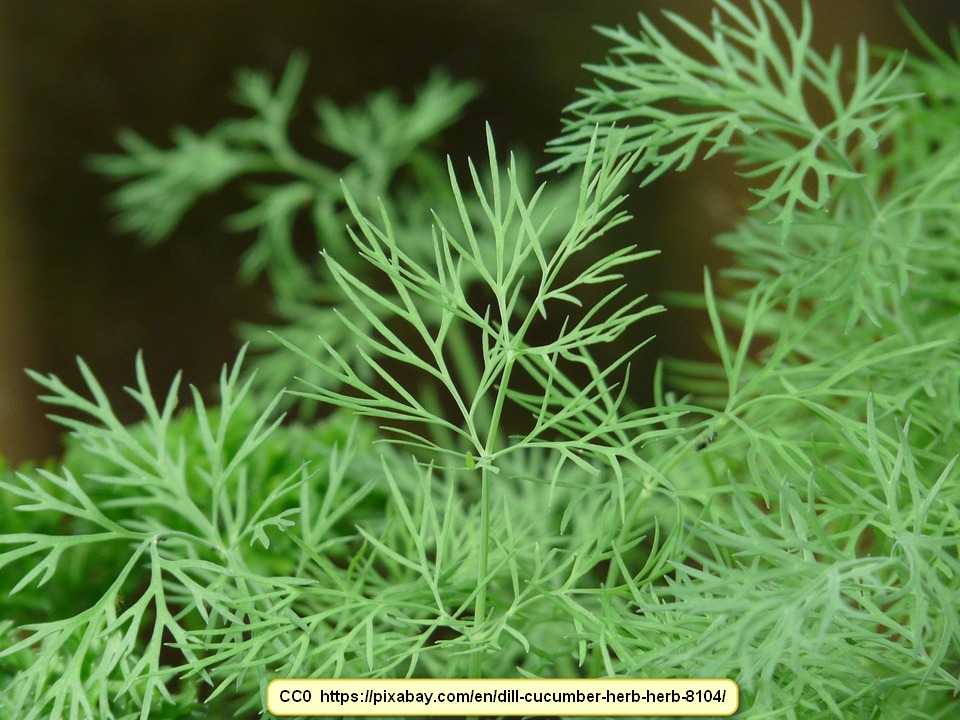 Dill is a plant that is very worthwhile growing in your garden. It isn’t hard to grow and it will even grow well in pots. At least in the United States, dill is one of the most under-appreciated herbs that is grown or used. Most dill grown is used to make dill pickles, though it is great for flavoring many other foods.

Often sold in stores as ‘dill weed’, dill is a native to part of Europe and Asia. It has been cultivated and used for at least 2,500 years and it was highly thought of by the ancient Greeks.

The common name of dill (Anethum graveolens) actually comes from Norway and the word means ‘to soothe’. This is probably because the use of dill water was a long-time remedy for upset stomachs in infants. The plant is still commonly used and eaten in Scandinavia and Russia. The well-known dish called “borscht” is seasoned with dill. 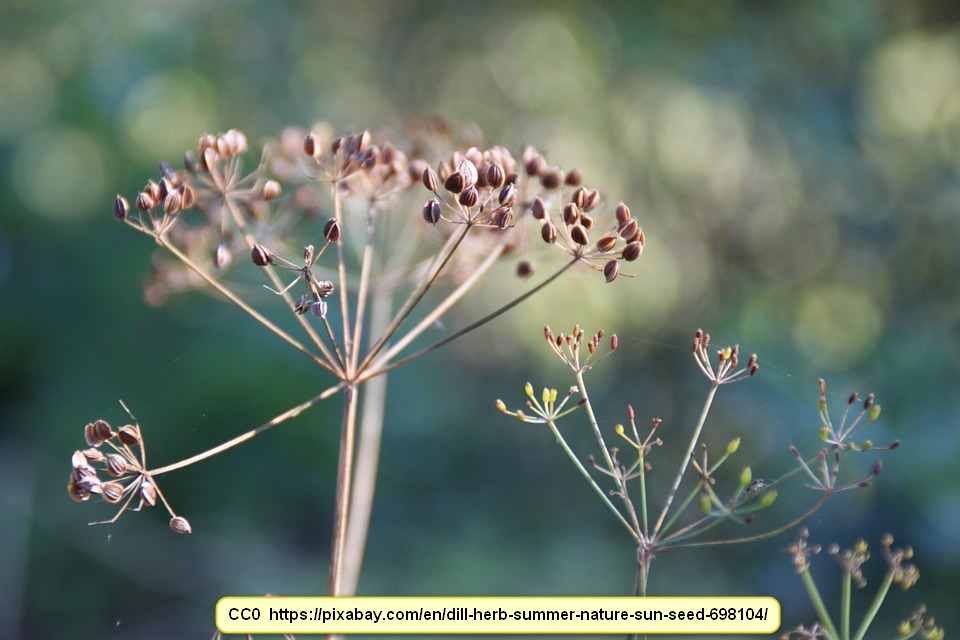 The plant is in the parsley family, which means that it is also related to carrots. The herb commonly grows to over two feet tall and it has slender, feathery leaves. The stems are hollow and the flowers are arranged in flattened umbels that tend to be a little smaller than those of wild carrots (Queen Anne’s Lace). The flowers are white or yellow. All parts of the plant are edible. 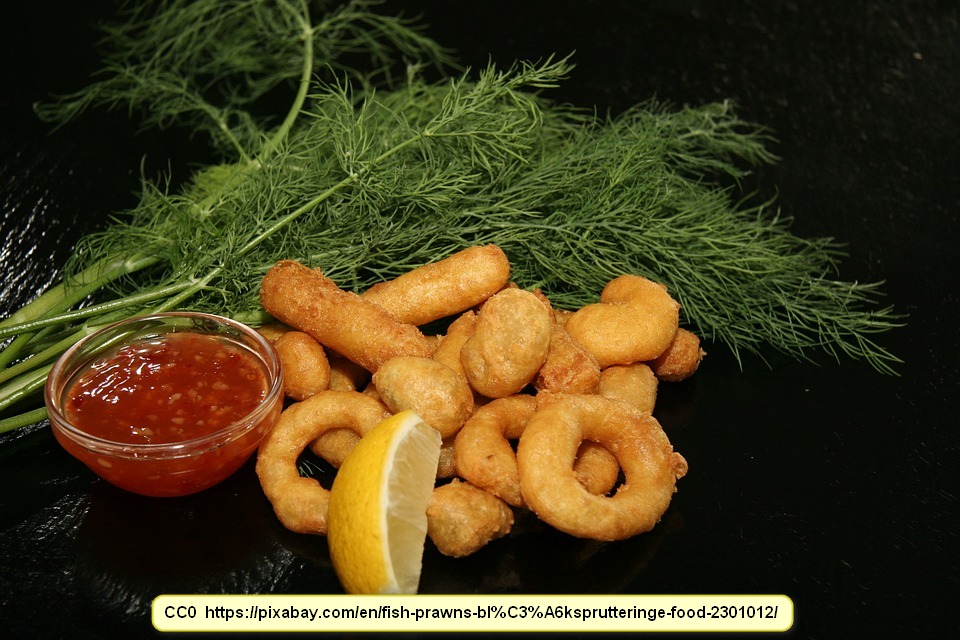 Dill is a versatile herb and it is used to season soups, stews, fish, eggs, salad, potatoes, cabbage, crawfish and of course, pickles. Mixed into mayonnaise, with relish and a bit of lemon juice, it makes an agreeable sauce for fish. This is commonly called tartar sauce, though it contains no cream of tartar. Dill is also fantastic in fish and shellfish chowders. It is commonly used in sour dishes, such as those using sauerkraut.

When it is grown in the garden, dill is normally started from seed rather than seedlings. This is because this is one of the herbs that doesn’t like to be transplanted. For germination, dill seeds need soil temperatures of around 60-70 F. This is roughly the same temperature that green beans grow in, so when the temperatures are right for planting one, they are right for planting the other. The seeds are only covered with a very small amount of soil; just enough to keep them in place. Germination takes about a week and a half to two weeks. 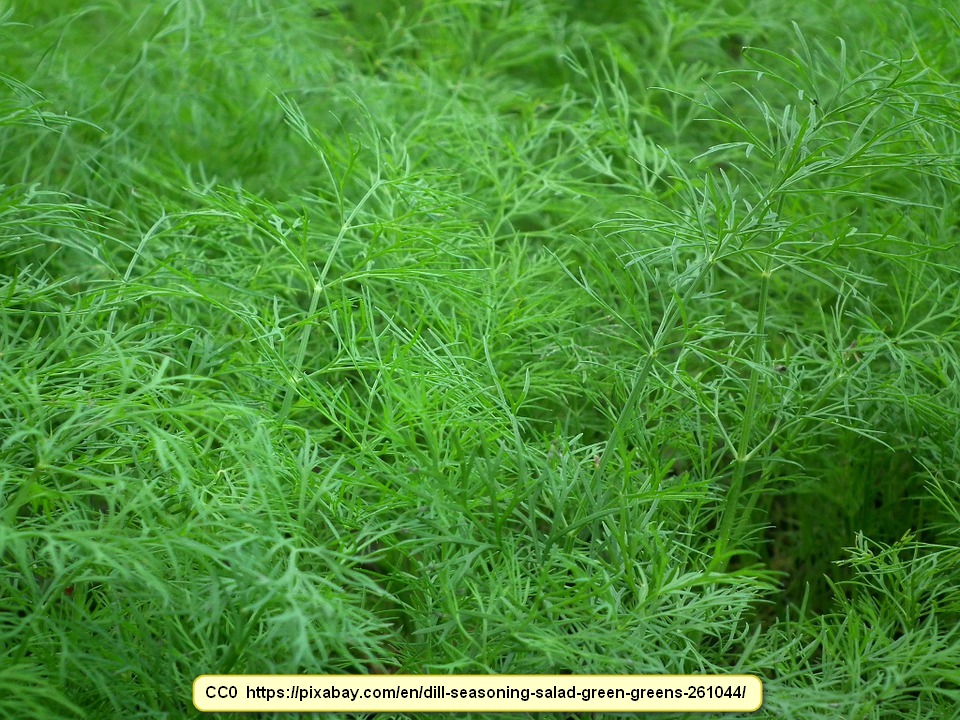 This plant loves lots of sunshine and doesn’t grow especially well in shady locations. It also loves plenty of water. The soil should drain well, however. Dill plants don’t require rich soil and average garden soil should give them the nutrients they need to grow.

It can be beneficial to plant dill near members of the cabbage family because dill attracts predatory insects that feed on cabbage worms. It shouldn’t be planted near carrots, though. Since they are closely related, diseases that affect carrots also attack dill and the other way around. 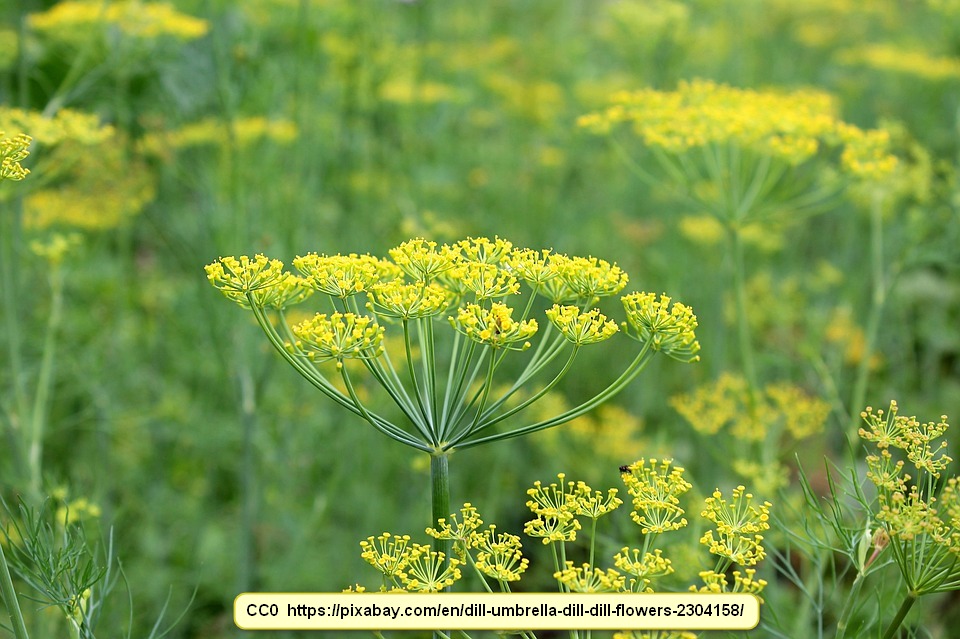 If you grow this herb, you can prolong the growing season by pinching off the flower umbels as they form. Once the flowers are allowed to grow, the plant puts most of its effort into producing seeds rather than leaves. On the other hand, dill will self-seed if the seeds are allowed to form and the dirt isn’t disturbed.

Fresh dill leaves have a better and more robust flavor than dried dill. Around here, we use dill in many dishes and it is one of the herbs that is put in Italian omelets. Also, we like the smell of dill. It isn’t considered to be an aromatic herb by many, but it is aromatic none the less.

Delightfully delicious dill is a wonderful plant to grow in the garden. I will probably be planting some when our weather warms up.