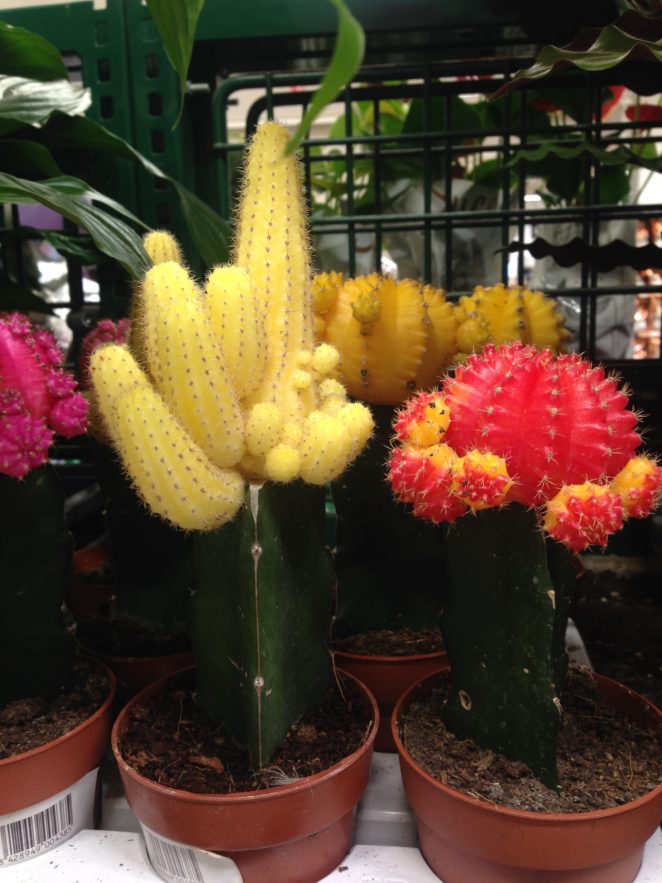 The care of grafted cacti is usually greater than that of cacti known as traditional cacti. We should not have them exposed to direct sunlight, as it is very aggressive for them. Instead, they need to be in a well-lit place, such as in a place near a window between the sun filtered by a thin curtain. And if they are outdoors, keep them from being exposed to the sun during the central hours of the day.

Among other care of the grafted cactus is irrigation. It is necessary to try to water them little, although always maintaining a certain humidity in the substrate. We will distance irrigation as much as possible and avoid placing a dish in its base so that water does not accumulate after irrigation and less for a long time.

The fertilizer must be made with special cactus fertilizers, which can be easily found in specialized stores. The dose will always be that recommended by the manufacturer, using the highest dose in the cold periods of the year and the lowest in the warm. The reason is that during the cold period, it coincides with the frequency of irrigations more distanced: we give more doses but in many less occasions.

The grafted cactus can not be multiplied since the two species are always needed, grown separately and joined by the grafting technique. This does not mean that they can flourish and produce seeds, but these only correspond to the variety that has produced them.