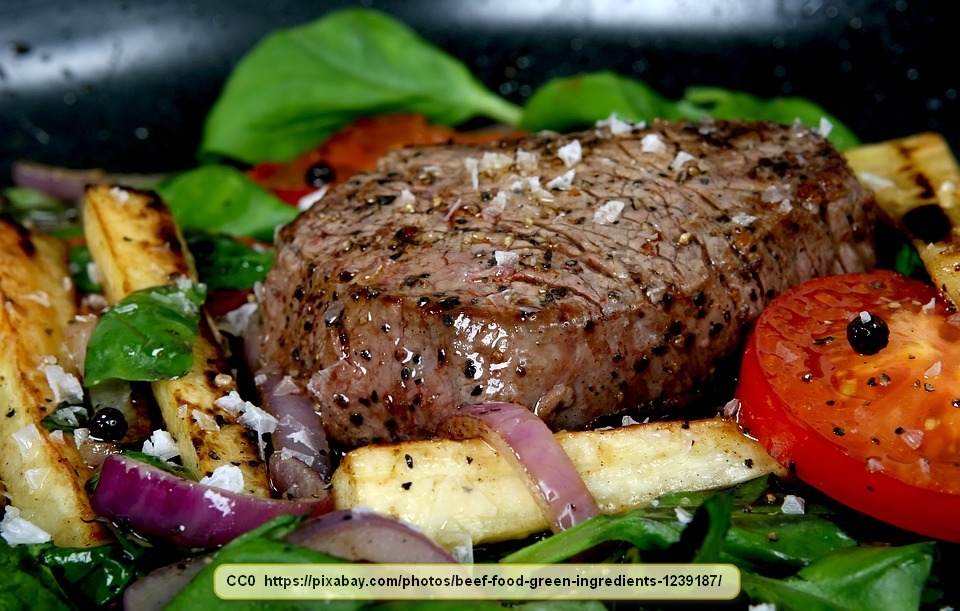 What a person determines that they are going to eat is entirely a personal choice. Most of the people I know are omnivores. They eat both meat and vegetation, though they don’t necessarily at all kinds of available meats or edible plants. I know quite a few vegetarians and vegans. I even know a few (very few) carnivores who eat nothing but meat. I have no problem at all with the food choices of other people. What is more than bothersome is when people hold extremist views and will invent things to justify their choice, with the obvious hope of forcing their beliefs on other people.

I should say that omnivores, carnivores, vegetarians, and vegans can all have extremist views. Extremism is a mental aberration that anyone can have in regard to any topic. However, I don’t personally know of any omnivore or carnivore that actually tries to attack or belittle specific vegetarians or vegans. Sadly, I can’t say the same about vegetarians or vegans. I’ve met several who will outright attack, verbally or otherwise, anyone who chooses to eat meat. They use delusional arguments and the sad part is that they are only deluding themselves.

Very recently, I encountered such a person who was responding to an answer I’d written about if a vegan diet was really healthier than an omnivorous diet. Without slamming either diet, I explained that it was a personal choice and explained the strong points and weak points of both choices.

Today, a person wrote back, claiming that meat wasn’t a “food” and that eating meat was an abomination to God. Clearly, they don’t know what the definition of ‘food’ is and they have certainly never read the Bible.

How about the abomination to God part? The Bible makes it plain that it is nowhere close to being an abomination to God. In a number of places, particularly in the Old Testament, God was very clear about what he expected. There are a number of instances when God commanded burnt sacrifices of sheep, cattle, or other animals. The animals weren’t simply slaughtered, burned to a crisp, and left to rot. God has never been wasteful.

Instead, animals offered at burnt sacrifices were eaten after they were cooked. They were eaten by both the priests of God and the children of God. In fact, the story of Passover indicates that God commanded his people to gorge themselves on meat, in order to be ready for what was to follow Passover.

Jesus fed thousands on a few loaves of bread and fish…another meat. Jesus didn’t sin, so this act couldn’t have been an abomination of God, though the thousands ate meat. He also had Apostles who were fishermen by trade.

It can’t be argued logically. More animals are killed to produce crops than are killed for the consumption of meat. Again, there is that waste thing that God has never wanted to have happen. For that matter, the human requirement for protein cannot be met by plants. God could have easily decreased our need for protein or could have endowed plants with more protein than most have. Meat is very high in protein. It seems pretty obvious that God intended man to eat meat.

Further, the design of man is exquisitely detailed down to the genes. So why does man have many teeth that are designed solely for tearing and shredding flesh if it was not intended that people eat meat? The abomination aspect and argument carries absolutely no weight.

I honestly feel sorry for people who try so desperately to justify their dietary choices, when they have nothing to argue. The arguments aren’t bounded in anything except opinion, and no justification is needed. All they have to say is that they don’t want to eat meat. That is perfectly okay. That isn’t their objective, though. They want to force everyone else to accept their idea of right and wrong, regardless of the truth.