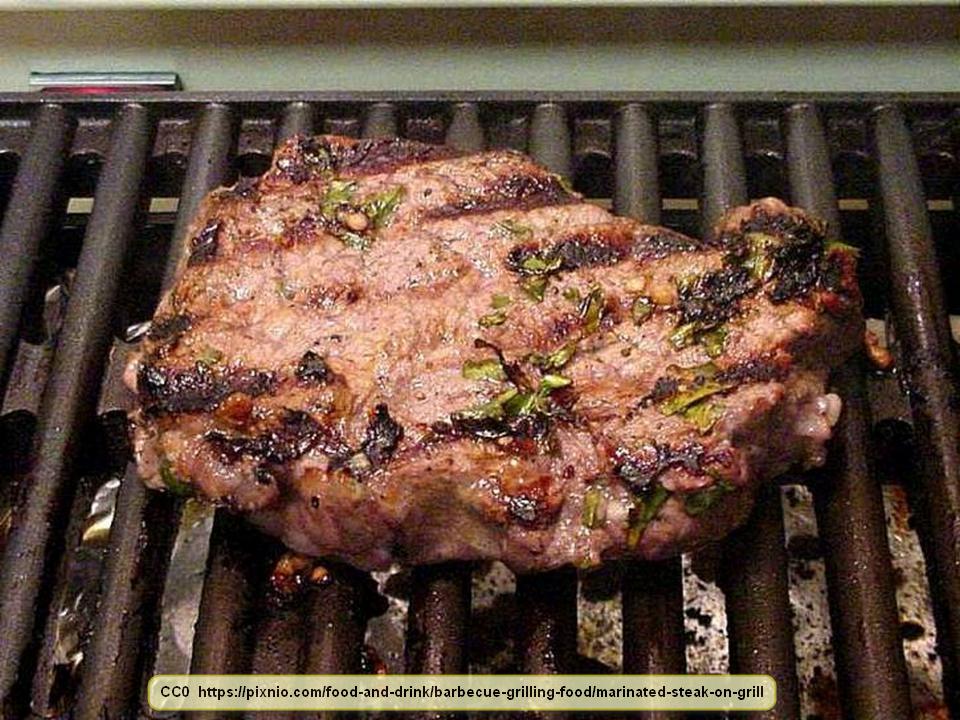 There are a huge number of good marinades for both beef and venison. In fact, many recipes for marinating were originally venison recipes. It just happens that beef can be cooked in almost any way that venison can be, so many venison recipes were converted for use with beef. The sweet honey marinated steak is something that was actually a combination of several of my venison recipes. It turned out exceptionally well, so I saved the recipe for later use. We’ve even used this when camping.

For this recipe, the steak doesn’t need to be a prime cut and even roast can be sliced into steaks for this main course. The marinade helps to tenderize the meat, while also flavoring it. The steaks should be only about a half-inch thick, though the steak is marinated overnight. This recipe is specifically for cooking the steak on the stove top, however, it can also be cooked on the barbecue or in the oven. Because of the different sugars it contains, though, it shouldn’t be cooked over high heat. Doing so can cause the sugars to caramelize. The flavor will still be good if this happens, but it will have a burned appearance. If it begins to darken, lower the heat at once.

Although this is a marinade, it is also great when used as a baste.

1 can cola (any brand or flavor)

1. Place the steaks in a bowl and pour the cola over the top, turning the steaks so they are coated with the cola. Allow the steaks to soak in the cola for a half hour. The cola helps to tenderize the meat.

2. In another bowl mix the remaining ingredients thoroughly. After the steaks have soaked in the cola for a half hour, pour the sauce over the top of the steaks and cola. Turn the steaks so they are coated with the sauce and refrigerate the steak overnight, turning the steaks a couple of times if possible.

3. Cook the steaks over medium-low heat for 15 minutes, then turn them over and cook for an additional 15 minutes. This can be adjusted if you prefer well-done steaks, however, the meat should at least be hot all the way through. They can also be basted if this is desired.

Sweet honey marinated steaks are exceptional when served with a baked potato and a vegetable dish, such as beans, corn, peas or a combination. A green salad is another good side dish.

If you like spicier food, a half teaspoon of cayenne pepper can be added to the marinade. Either way, the overnight marinade time allows the flavor and sweetness of the honey and brown sugar to soak into the meat. Leftover marinade can also be used as a steak sauce or steak dip. If trimmed venison is used, the steak is also low-fat. It is quite flavorful and with the suggested side dishes, this recipe should feed four good appetites. Everyone should enjoy it and end up being full without feeling stuffed.