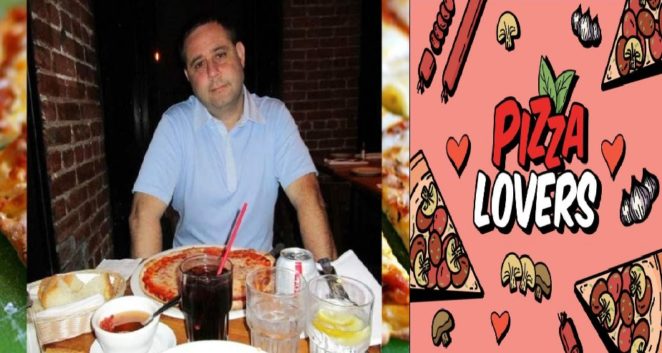 An American teacher, Mike Roman, is so much pizza lover, that he eat at least one pizza in the evening for the past 37 years, and he is just 41 years old. It shows that they had a habit of eating pizza at the age of four.

According to the Mike Roman, he sometimes eat more than one pizza, and at the age of 3 to 4, his mother had given him a pizza for the first time and then he started begging pizza from his mother every day. Parents tried to feed him with other things, but his pace was increased by pizza. Even in the childhood, young age, and nowadays,he is still eating pizza. . Sometimes they eat sandwiches with pizza butter (paint batter) instead of pizza in the afternoon. However, before that he was only cleaning the hands on pizza all three times a day.

Mike has tasted all the pizza’s of his own city, but he said he concentrates on hunger from pizza more than tastefully. Mike confessed that he tried a lot he would eat something else instead of pizza, but after tried everything, he returned to the same dish again, he also had a pizza on his wedding day. A few days ago, his cholesterol was increased, but it was controlled by exercises and medicines ans some time he feel problem in stomach.